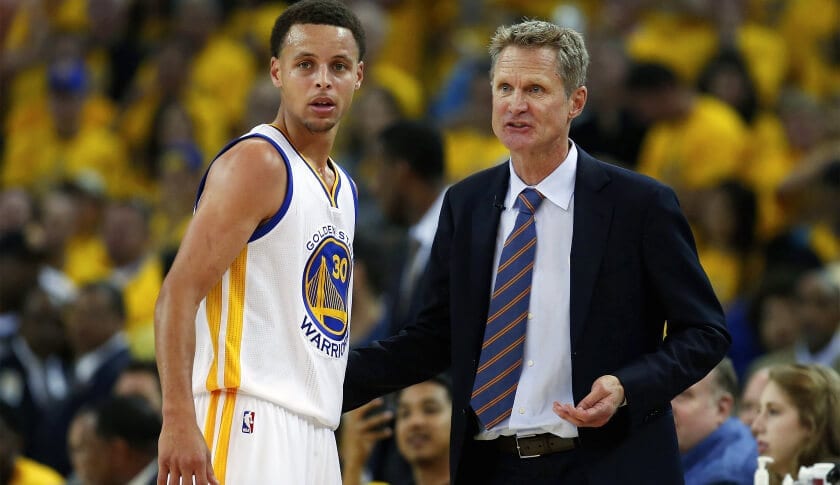 Warriors coach Steve Kerr can find the silver lining in anything.

That’s including a Steph Curry ankle injury, which was once the death knock for any Warriors season.

But after Curry suffered the injury in New Orleans on Monday, which will keep him out for at least two weeks, Kerr said that it could actually help his team long-term.

“In a weird way, it’s a good thing for our team,” Kerr said on Wednesday, per the Associated Press.

“Obviously I want all of our players healthy. … I think big picture-wise over the next couple weeks it’s an opportunity for our team to get better because we have to. We have no choice…A team like ours, I think we will respond well without Steph because you feel threatened when all of a sudden you are without one of your best guys and you realize you are vulnerable,” Kerr said. “When you are vulnerable you tend to have your guard up a little bit. I anticipate that will happen.”

Kerr went on to confirm that Curry’s ankle was structurally intact.

“All things considered it was good news,” Kerr said of the MRI results. “Hopefully it will be a couple, or a few weeks, and he will be back. It’s not anything that’s too serious.”

Curry was spotted on Wednesday on crutches with his right foot in a protective boot.

Kerr has not confirmed who will start at point guard when the Warriors take on the Hornets in Charlotte.

The game had been billed as Curry’s annual homecoming contest.