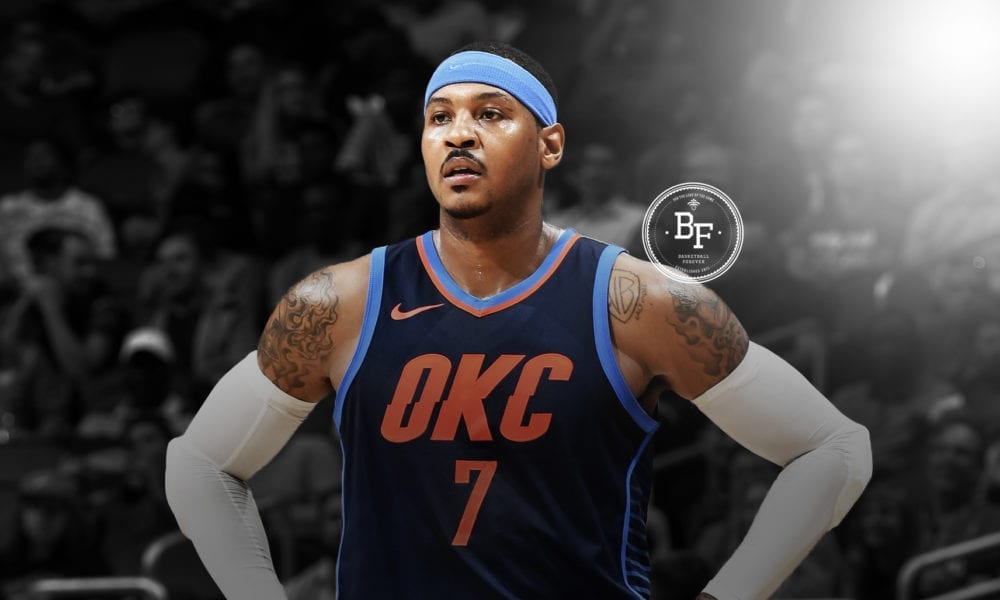 No one expected the new-look Oklahoma City Thunder to gel instantly.

But almost one quarter into the regular season, we’re still waiting.

Rather than inching closer towards their potential, the Thunder seem to be pivoting in the opposite direction, at least in the standings.

OKC’s loss to the Orlando Magic on Wednesday was their third in a row and saw them drop to a season-worst four games below .500.

With losing often comes frustration, but Carmelo Anthony says his team is experiencing a very different emotion, according to ESPN’s Royce Young.

Carmelo Anthony says the Thunder are angry, not frustrated and on the idea of a starting lineup change, “Hell no.” pic.twitter.com/2JEI0fKGwd

“Nobody is moping around, nobody is frustrated,” Anthony said. “I think guys are angry. I think guys are pissed. That just comes from your competitive nature, wanting to win games — understanding what we have over here, the talent level that we have over here and not being able to put it together right now. So that’s where the anger comes in at. I think in this game you almost have to be angry when you’re losing basketball games. The way we’re losing basketball games, it’s more on us than anybody else. The anger part comes in, and I think when you’re angry you show that you care. It’s different than being frustrated. Being angry and being frustrated are two different things.”

Anthony’s comments follow Russell Westbrook attracting attention when he remained on the team’s bench for an extended period, visibly dejected, following the team’s loss to Orlando.

“I take ownership of everything that’s going on because I’ve been here and those standards that we set here in Oklahoma City,” Westbrook told reporters at the time.

“I have to set them and set examples. It starts with me and we’re gonna turn this thing around.”

OKC’s next chance to right the ship will be on Friday night, when they face the Minnesota Timberwolves at home.