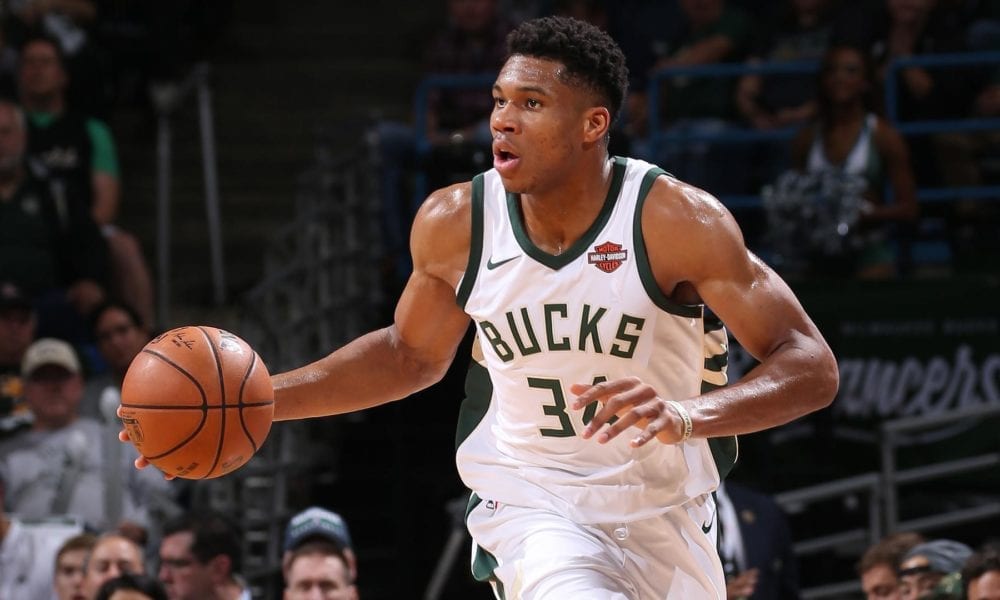 But while he’s billed as a freak unlike anyone else we’ve ever seen, a basketball extra-terrestrial, he’s just like the rest of us when it comes to losing his cool from time to time.

That was on full display when Antetokounmpo got into a shouting match with assistant coach Sean Sweeney on Saturday night, as tensions rose during Milwaukee’s eventual 121-108 loss to Utah.

Giannis had already been growing increasingly frustrated after a no-call and a bad turnover.

That was when Sweeney said something which set him off.

Suddenly, the Bucks star was off the bench and screaming at Sweeny, appearing to yell “I’ll f*ck you up” as coaches and teammates jumped in to douse the flames.

It was about as angry as we’ve ever seen Antetokounmpo, and a reminder that not only is anyone susceptible to a brain snap, but that what makes so many of these guys great is the fire burning within them.

While these kinds of blowups are not uncommon, time heals all wounds – unless of course your name is Nikola Mirotic or Bobby Portis – and winnings heals those wounds even faster.