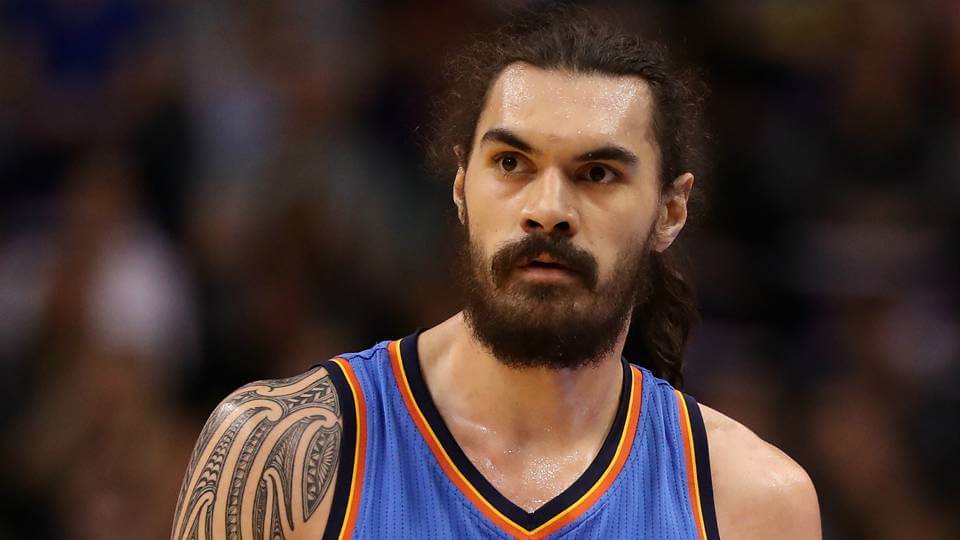 In case you missed the memo, OKC is horrible in clutch situations.

It’s a strange phenomenon, as the Thunder boast this season’s best defence in the first-half of games, allowing just 91.7 points per 100 possessions.

In the opening 24 minutes of play, OKC is outscoring teams by 12.7 points per 100 possessions, a impressive rate which is good for second-best in the league behind Houston.

But in the fourth quarter, the shit really hits the fan, with that point differential dropping by a solid 18.1 points per 100 possessions.

The defence often doesn’t look as good and the offence goes to hell as Russell Westbrook, Paul George and Carmelo Anthony struggle to get a feel for who should take it upon themselves to score when the team really needs a bucket down the stretch.

While everyone is blaming the team’s big three, Thunder big man and Game of Thrones stunt double Steven Adams is pointing the finger squarely at himself.

Steven Adams was asked why he thinks the Thunder are struggling in close games this season: “Mainly me, to be honest.” pic.twitter.com/x23M57DHZP

“Mainly me, to be honest,” Adams said when asked why the Thunder are struggling in tight games. “Because the play itself you have to execute it properly and it has to be legit down to the t. I screwed up my feet on a couple of them in terms of spacing. … Everyone plays a part in the plight so you can say yeah the shot doesn’t go in which sucks. But to get them that shot I didn’t help them.”

Related Article:  Kanye Only Made CP3 Allegation to Deflect From His Hitler Praise - Report

It’s nice of Adams to take the blame and carry that load on his abnormally large shoulders, and he’s exactly the sort of dirty working, team player who would do such a thing.

But clearly this is a team-wide problem, and it all starts with the team’s three biggest names struggling to work out how to play with each other.

These things take some figuring out, and the Thunder still have plenty of time.