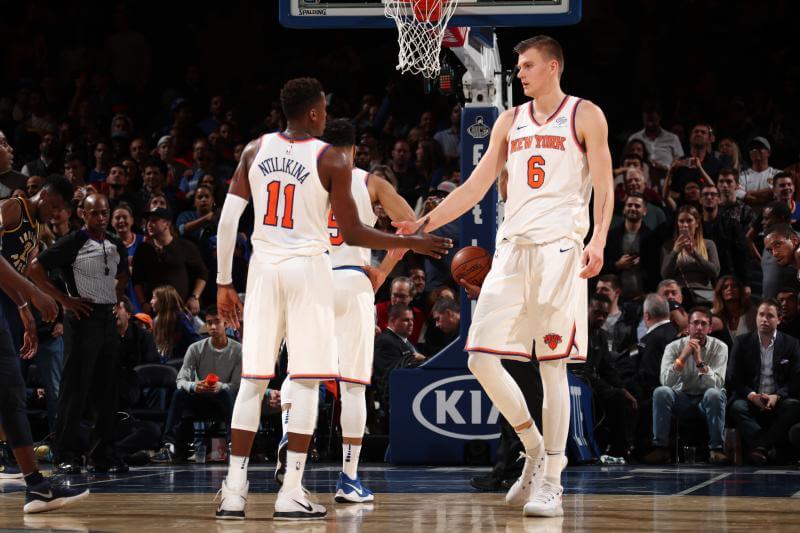 “I mean, I don’t know why he made those comments, but all I can say is we love Frank, we’re happy with him,” Kristaps Porzingis said after Knicks practice on Sunday. “He’s doing a great job. He’s playing great, and he’s doing what he’s supposed to. And I would not change Frank for anybody. Simple.”

James’ comments, which came after the Cleveland Cavaliers’ 111-104 win over Smith’s Dallas Mavericks on Saturday night, were considered by many to be another shot at former Knicks president Phil Jackson.

But Ntilikina himself doesn’t seem to be too bothered.

“I think in life people can think whatever they want,” Ntilikina told reporters. “However, it’s not gonna affect us and me, so whatever is said, whatever people think, me and the team are just focused on what we’re doing every day to improve and just to make us better.”

New York opted to pass on Smith with the eighth pick in this year’s draft, taking Ntilikina instead.

Smith was taken with the very next pick by Dallas and has since put up very strong numbers – 14.8 points and 5.1 assists in 28 minutes of action – after being given extensive opportunities to show what he can do on a struggling Mavericks team.

Ntilikina’s offensive output has been much more modest, averaging just 4.4 points per game, but he has shown a level of defensive capability rarely seen in rookies.