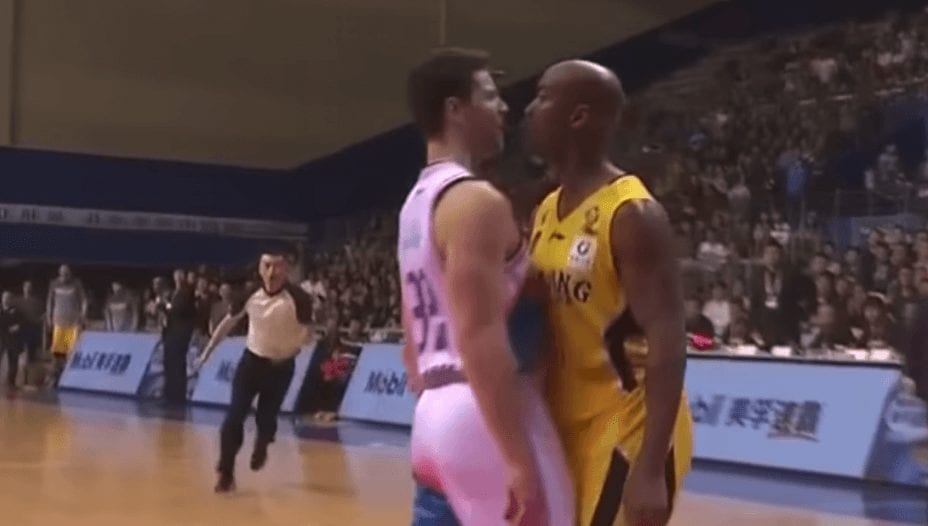 Of course you do.

The altercation occurred when Shanghai Sharks’ Fredette was stopped by Beijing Beikong Fly Dragons’ Marbury on a drive to the rim.

Frustrated that he didn’t get a foul call, Fredette swiftly shoved Marbury as the ball went back the other way.

But attention quickly returned to the squabbling duo as players and referees rushed to separate them.

Marbury later told ESPN it was definitely a clean steal.

“Getting suspended for the season wasn’t worth letting him feel the real power, so I settled with a hug and a ‘good game’ after the game. All is well, I’ll see them in Beijing.”

While Marbury, who is something of a basketball god in China, was full of fighting words after the game, it was Fredette who had the last laugh.