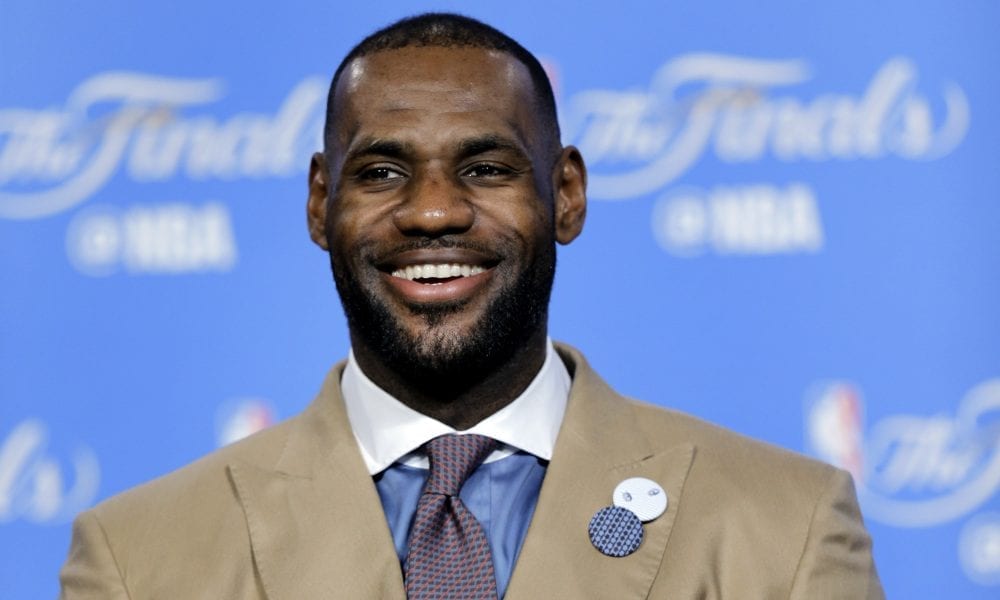 LeBron James has confirmed he hopes to follow in the footsteps of Michael Jordan in becoming the majority owner of his hometown team.

James stated in May “I will own a team some day” and confirmed that was far from an off-the-cuff remark in an interview with The Athletic’s Jason Llyod on Thursday.

“To be an owner of any team would be crazy,” James said. “If this thing opened up and I’m in a position financially, and I’ve got the right team around me, obviously.”

It’s estimated that LeBron could’ve earned close to $1 billion by the time he retires, and he’d have the cashed-up high rollers around him required to put together an ownership group.

While money won’t be a problem, the real question for LeBron will be whether the team is up for sale.

“But who’s to say Dan (Gilbert) will (sell)?” James said. “I’ve always kept it just player/owner at this point. I guess once I come down to that point, if the conversation needed to be had, I’ll have it. But I don’t have it right now.”

On one hand, Gilbert selling the team to James despite the pair’s colourful history and the NBA’s cash cow status seems unlikely.

But it’s a slight possibility when you consider several other factors.

Gilbert has withdrawn from an agreement to split about $140 million in renovation costs for Quicken Loans Arena with the city, and should the two parties fail to reach a deal, the Cavaliers’ lease on the building would expire in 2027.

According to a Cleveland.com piece in August, “He (Gilbert) could sell the team, and while a team spokesman said there has been no thought given to a sale, sources outside the organisation suspect Gilbert to consider selling within the next few years.”

The problem there is that “within the next few years” would be too soon for LeBron, who just about looks as if he could play into his mid-forties at this rate.

But if Gilbert holds onto the team until a little closer to that looming 2027 deadline, a LeBron ownership could conceivably be in play.