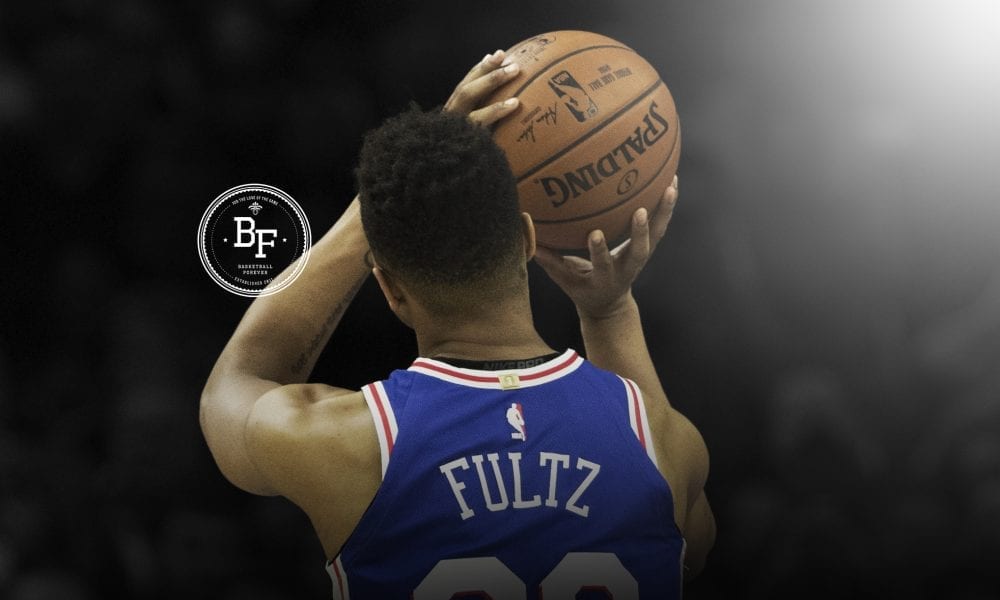 Just days after the inconceivable confusion surrounding whether fluid was being put into, or taken out of, Markelle Fultz’s shoulder, another strange development has emerged.

Two weeks after we last saw Fultz shoot one of his notoriously funky free throws due to right shoulder soreness and “scapular muscle imbalance”, the number one pick has been spotted at Sixers practice shooting with his left hand.

This is from legit three-point range with Fultz’s left hand pic.twitter.com/lhCXTKqd7I

To be clear: if he had done this once, i wouldn’t have bothered sharing. Every shot outside the paint he has put up has been left handed. https://t.co/LkO2KOBGjr

Just to recap, Fultz went from being a knockdown shooter in college, to a complete non-shooter in the NBA, to a left-handed shooter (for now, at least).

Before we all whip ourselves into too much a frenzy, it’s worth noting that Fultz is likely doing this to give his right shoulder a break, and head coach Brett Brown has told reporters there’s “nothing to read into”.

But Philly fans have been burned like this before, with the team making of habit of telling the public various injuries are more or less fine, before they ultimately prove to be far worse than ever imagined.

Then when you throw in what appears to be chronic miscommunication between the team and some of its players and their agents, you could forgive Philly fans for being a little on edge, even though they might just be jumping shadows on this occasion.