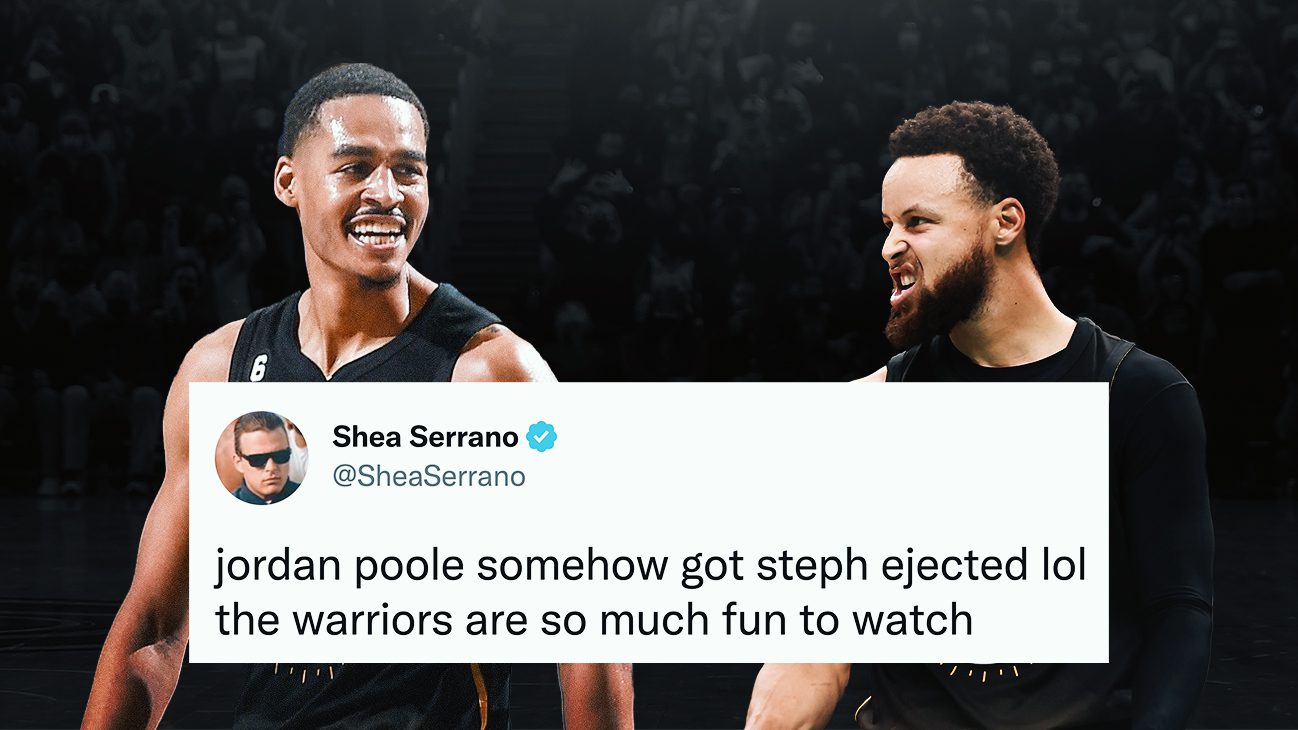 What a night! After Jordan Poole took a bad shot instead of getting Steph the ball, Curry threw his mouthguard in a rare fit of anger and was controversially ejected.

If that wasn’t enough, Poole went on to hit the game-winner in an incredible moment of redemption.

Poole and Curry linking up after the game made for great viewing too.

Here’s how the NBA world reacted to all the drama:

What a WILD game. Jordan Poole hitting the game-winning layup after pissing off Steph Curry by not passing him the ball is so fitting 🤣🤣🤣

Poole got Curry ejected by taking a shot so terrible that Steph melted down. Not sure I’ve ever seen that before!

The referees just ejected Steph Curry in a 2 point game with 1 minute left on national TV.

Poole took that bad ass shot… knowing that he was supposed to swing that damn ball to Steph!!!

The referees have been rather prominently involved in this one. The Jaren foul-out that they could have let go, the Steph ejection (which I guess is an automatic but still), this loose ball foul sending Draymond to the line

steph: PASS ME THE BALL!

Steph Curry when he sees Jordan Poole in the locker room: pic.twitter.com/u1Qs8e5U7F

When Steph is the last leg and he gets tossed…