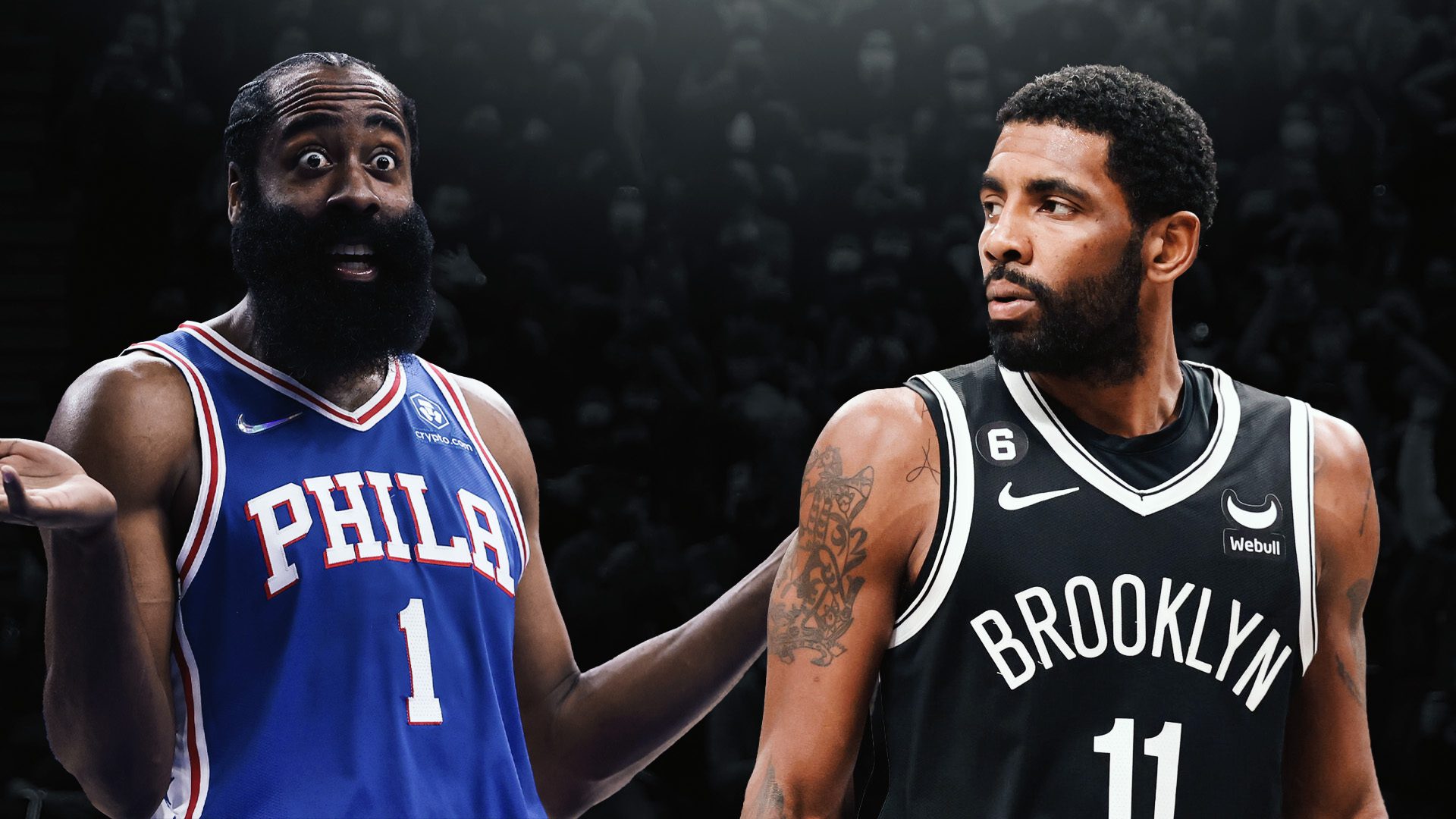 It’s been almost a whole year since Kevin Durant, James Harden and Kyrie Irving played together at the Nets and it seems like ‘no hard feelings’ doesn’t apply.

Irving has played in 32 of the Nets’ 42 games this season and when asked how KD’s absence could have a different impact this season compared to last, he decided to take a subtle jab at Harden.

“Well, I’m consistently in the lineup. That helps. We also don’t have anybody halfway in in the locker room,” Irving said.

Irving was clearly talking about last season when James Harden wanted out of Brooklyn and was ultimately traded to the 76ers for Ben Simmons.

Durant, Harden, and Irving played just 16 games together in Brooklyn. The Nets went 13-3 in those games, with 8-2 being regular season and 5-1 in the playoffs.

“I don’t mean to, like, just down talk to anybody or whatever. It was just there was no structure, and even superstars, they need structure. That’s what allows us to be the best players and leaders for our respective organizations,” Harden said in a recent interview.

“I just feel like, internally, things weren’t what I expected when I was trying to get traded there,” Harden continued.”I think everybody knows that. And I knew people were going to talk and say, ‘You quit’ and all that stuff, but then the following summer, the other superstar there [Kevin Durant] wanted to leave. So it’s like: Am I still the quitter?”

Harden and Irving get the chance to meet in just a week’s time when Brooklyn play on Philly’s home court. If they both play.