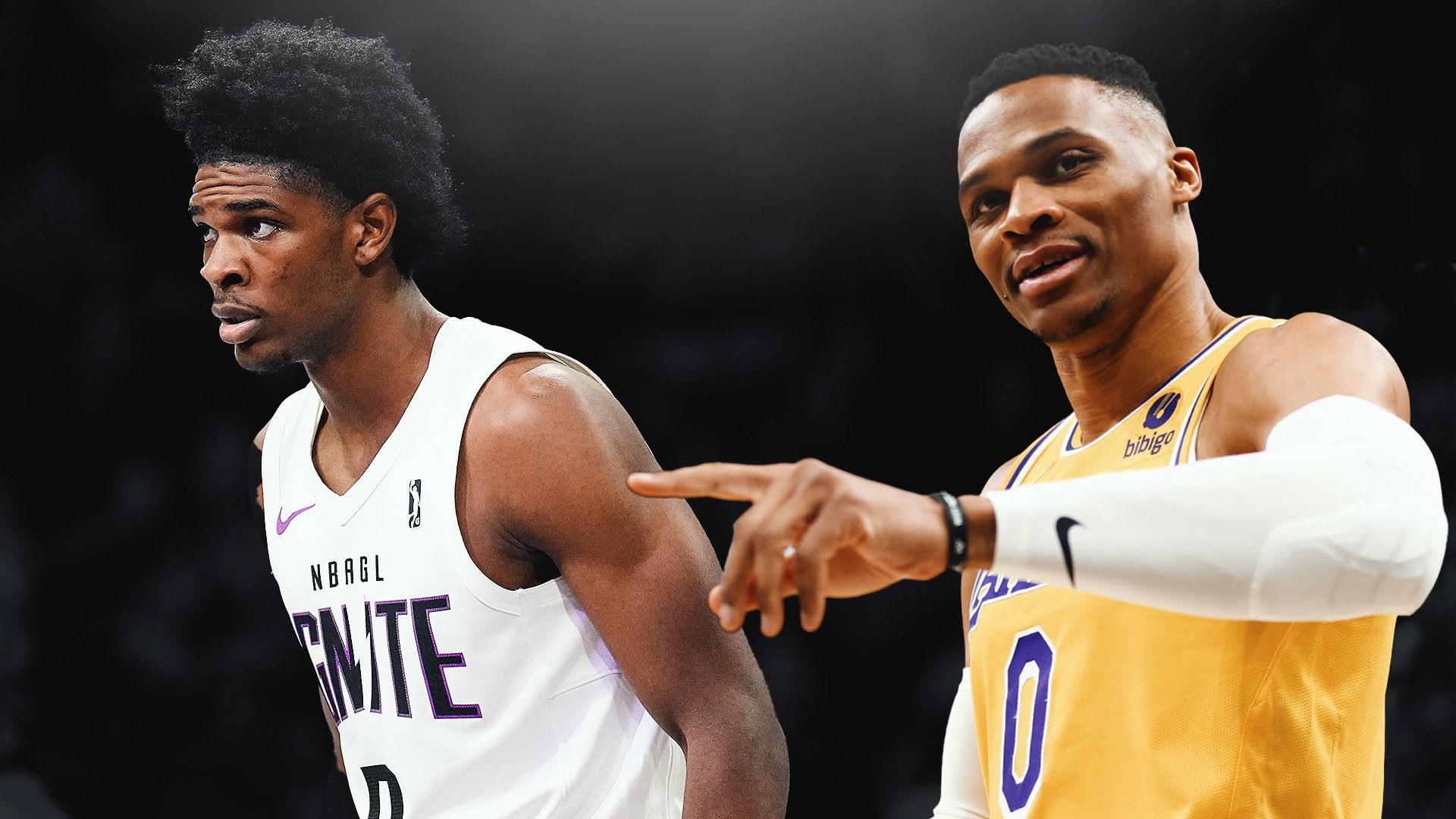 Number two projected 2023 draft pick Scoot Henderson is doing amazing things and doesn’t want to be compared to anybody.

At 17 years old in 2021, he went pro and signed with the G League, becoming the youngest pro basketball player in American history.

This season, he started his own Amateur Athletic Union programs for boys and girls, at the ripe age of 18.

He suffered a setback and missed the G League winter showcase due to a concussion and nose fracture and didn’t return to play until December 27th but in the games he has played, he’s been impressive.

Henderson tied his season high with 27 points, during Tuesday’s 123-122 win over Mexico City, marking his fifth straight game with at least 20 points.

Across 13 appearances, he is averaging 21.1 points while shooting 48.8 percent from the field and 38.2 percent from beyond the arc.

An exec that watched Henderson last month said he could have a career similar to that of Russell Westbrook’s or John Wall’s, but that just won’t do.

“No, I want to have my own career,” he told The Athletic. “Where people are saying like ‘You’re having Scoot’s career’ or whatever. I want to go down my own path. I don’t want to try to follow up anybody. Of course, Russell Westbrook and John Wall are great players. Great guards, leaders. But I just want to make my own path.”

Henderson will be 19 on February 3rd and while most 19-year-old’s would probably be out partying, he prefers to spend late nights at the gym.

He also already has his name and personal motto trademarked, so when he enters the league he won’t just be another starry eyed kid looking to succeed.

“I try to be great at everything court-wise and and try to be the best leader I could possibly be,” he said. “That’s how I try to separate myself and just always be myself. I’m pretty sure you can lose yourself in the league or making a lot of money, but you’ve got to be mentally sound.”