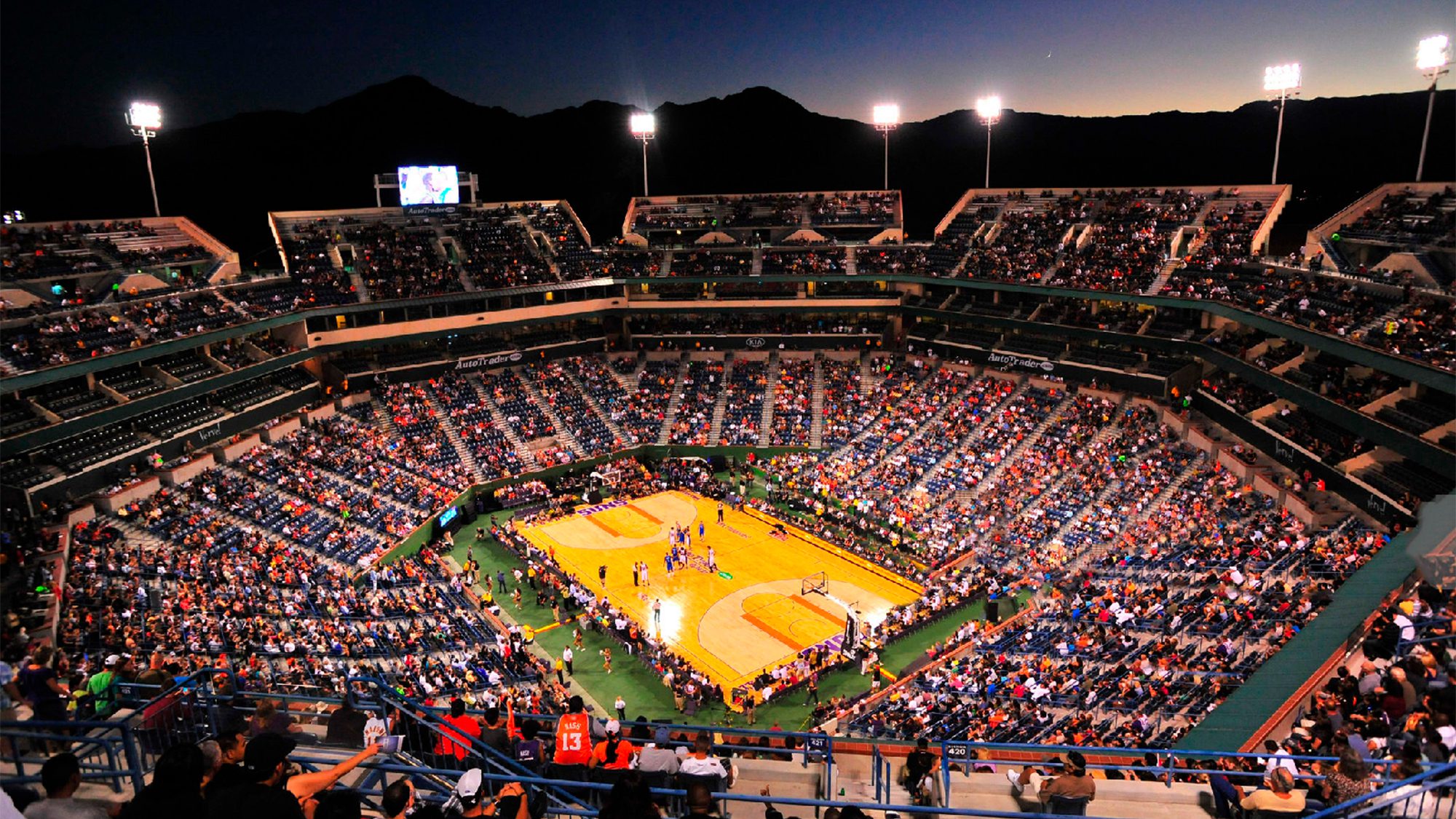 Miami Heat coach Erik Spoelstra has called for an outdoor NBA game to be played in front of 100,000 people.

Spoelstra made the call upon hearing that the Spurs and Warriors will have an NBA-record crowd of about 68,000 fans Friday night in San Antonio.

“One of these days we’ve got to do something outside and pack 100,000 down here in south Florida,” Spoelstra said after the Heat beat the Milwaukee Bucks 108-102 on Thursday night. “Let’s do that. Make that happen.”

Spoeltra then suggested LoanDepot Park, home of the MLB’s Miami Marlins. However, that particular ballpark has a capacity of just 37,000.

The biggest stadium in Florida is Ben Hill Griffin Stadium at the University of Florida, which holds 88,000.

Safe to say most fans wouldn’t be able to see a whole lot if they played there, but it would be quite the spectacle nonetheless.