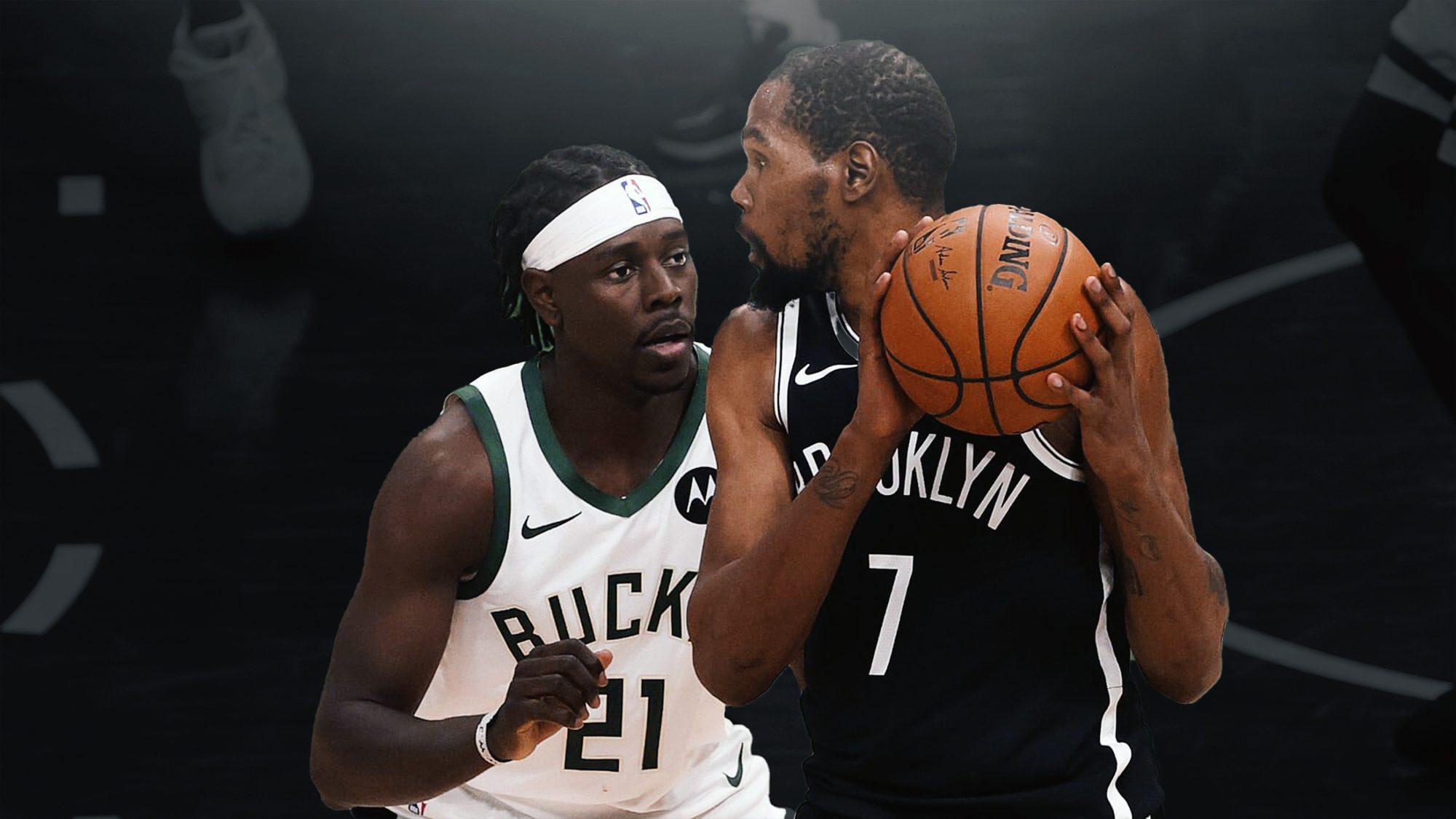 The Milwaukee Bucks and Brooklyn Nets gave us one of the most memorable playoff series in recent times when they met in the second round in 2021.

Ultimately, Brooklyn fell short by a literal inch in Game 7 when it was ruled that Durant’s game-winning three was in fact a game-tying two with his foot just touching the line.

Even though Milwaukee won the game in overtime and went on to clinch the title, Jrue Holiday’s main takeaway from that series is still how terrifying it to play against Durant.

“It took years off my life,” Holiday said on The Woj Pod. “It was – Every time I feel like we stepped into Barclays, it’s like PTSD. At least for me personally, every time I step in, I get this like this exciting feeling but, at the same time, a little bit of nervousness. Which, like I’m not the type to get nervous playing basketball. I’ve done it my whole life. But that series took so much out of me personally. The way that KD was just willing his team and putting them on his back… like it doesn’t give me nightmares because we won, but I still see it all the time.

“To me, that was one of the greatest series for one that I’ve ever been a part of. Like to go down, to go to game seven, people were hitting big shots. Kyrie goes down. James comes back. Like everything about it to me was like, ‘this is like a movie.’ It took a physical and emotional toll.”

And if all that wasn’t enough, combined with the stress of the Conference Finals and the Finals, Holiday then flew to Tokyo almost immediately afterwards for the Olympics. What a year!