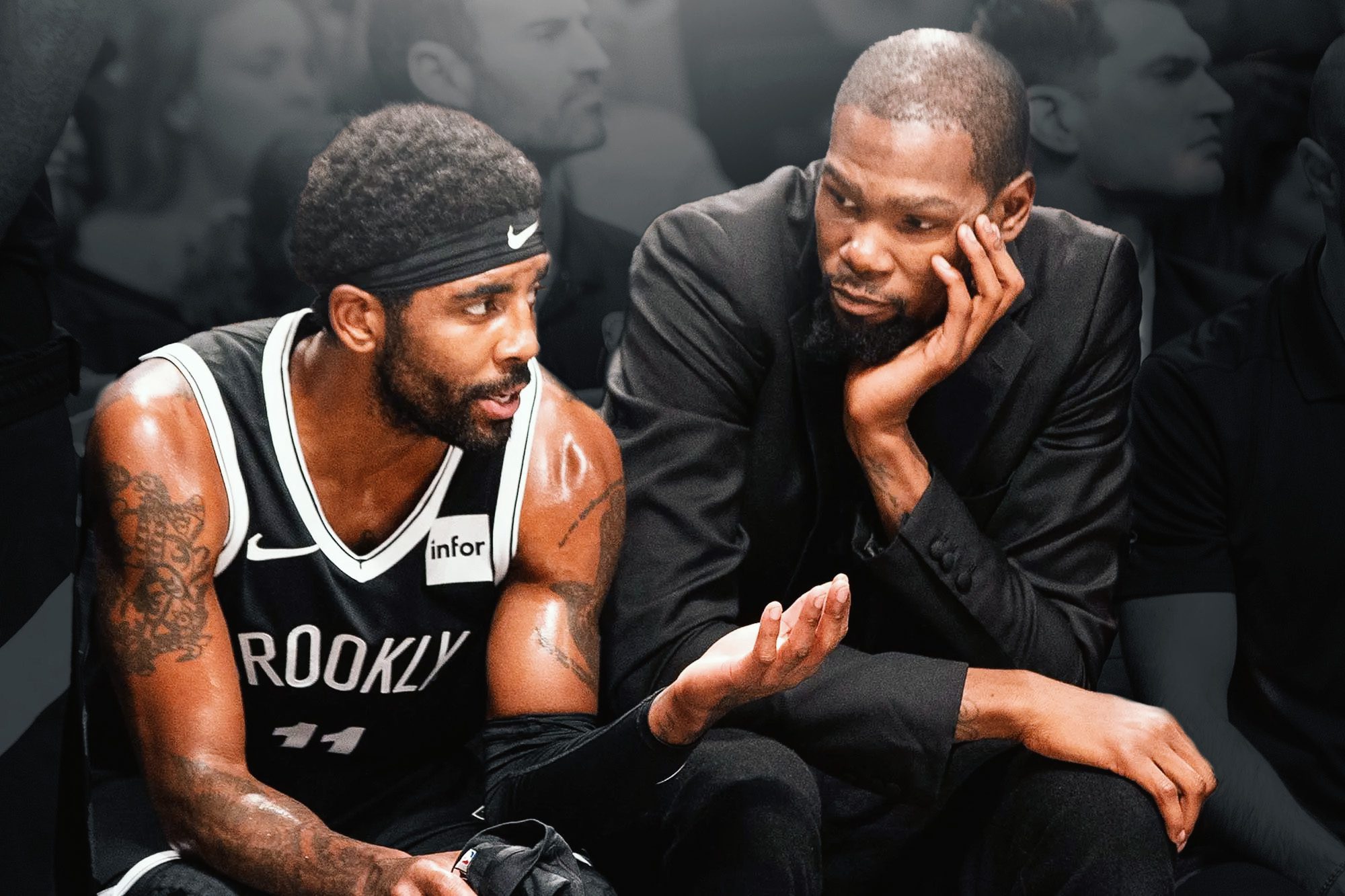 Kevin Durant’s knee has been in the firing line yet again, after he suffered an isolated MCL sprain of his right knee and now he’ll be re-evaluated in two weeks.

He has only missed one game all season.

This is a scary thought for any Nets fans because with their leading point scorer, KD, on the floor this season, the team is +6 but without him off the floor, they are -2.

An even more concerning stat is when you isolate the numbers for when Kyrie Irving and Ben Simmons are on the floor and KD is off, the team is -1 per 100 possessions.

“Durant is about as big a blow as you could suffer,” ESPN’s Zach Lowe said on his podcast. “He’s arguably been the best player in the league this year. One of the favorites for MVP.

“The Nets are team jump-shooting and they are because they have two of the greatest pull-up jump shooters of all the time. The best is Kevin Durant.

“Now if this is ten games [he is out for]…I don’t really care.

“Ten games is like, it’s the same thing as Steph Curry. You’ll go 5-5. You’ll figure out a way to win. Kyrie will step up.

“The Nets have to rely on Kyrie Irving now…just think about that for a second. Gotta be the rock of the franchise for a little bit and Ben Simmons, who shot a free throw the other day.”

34-year-old Durant has played 36 minutes every night this season, so to have their main playmaker out, how will the Nets handle it?

Between now and the All-Star break, Brooklyn will play 18 games and with their current 27-13 record that has them in second seed in the East, they may fall to third or fourth during this time.

With some reports suggesting KD will be out for at least a month, he may also miss out on MVP honors.

“I think he and Steph are probably going to fall into the same boat where they both missed a little too much time to really end up being able to win,” ESPN’s Tim Bontemps said. “Because they’re both going to miss some games I assume. Kevin’s going to miss some games after this I would imagine they’d be pretty cautious with him coming back, which is a shame.”

The team will have to rely on players like Nic Claxton, who is tied first in the league in rebounds and will have to push for some consistency from Joe Harris and Seth Curry.