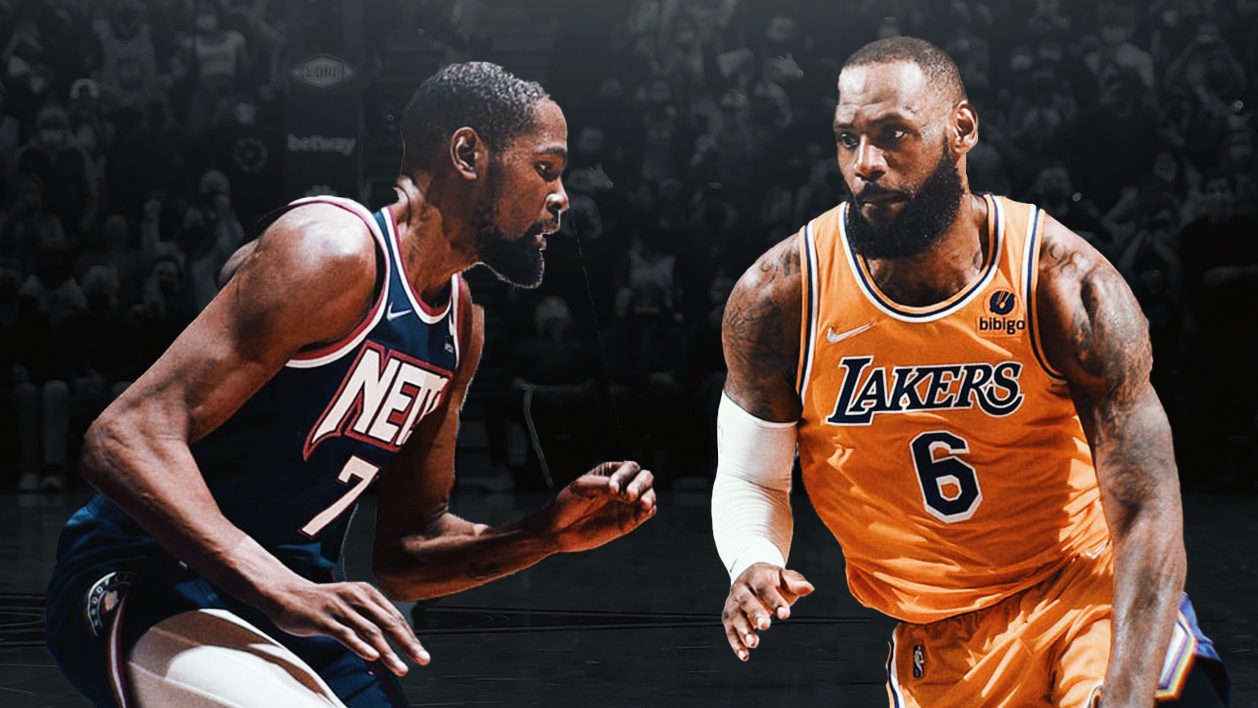 LeBron James believes Kevin Durant has the best chance of any active NBA player to catch him in scoring.

“KD is the first thing that comes to mind, for sure,” James told ESPN’s Dave McMenamin in a recent interview.

“His name is not Easy Money and Slim Reaper for no reason. He does it so effortlessly. His ability to shoot the three ball, shoot the mid range, get to the paint and also shoot 85, 90 from the free throw line. Those are key ingredients.”

So, what would it take for Durant to actually catch James? Well, let’s assume LeBron continues scoring at an average of 25 points per game over four more seasons before retiring.

If he played 55 games per season (his average since arriving in LA), that would give him an additional 5,500 points and mean he’d finish his career on 43,465.

Kevin Durant, on the other hand, currently has 26,071 points. So he’d need 17,394 points to catch LeBron’s projected career figure.

That means Durant would have to score 30 points per game while playing in 70 games per season, for the next eight seasons (when he turns 42). While it’s not completely impossible, it’s clearly unlikely.