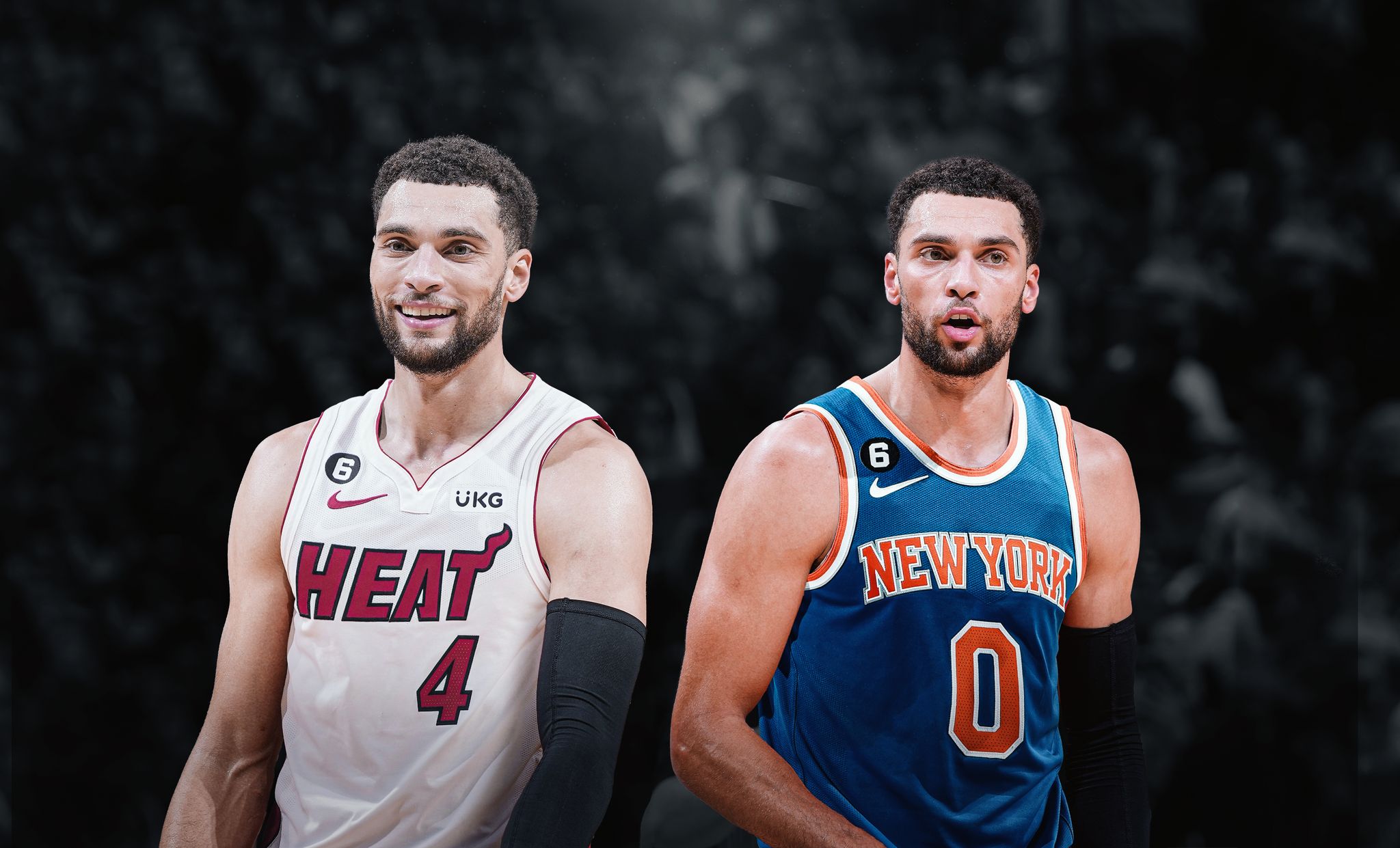 Zach LaVine and the Chicago Bulls are in a tough spot, as they sit in 10th place in the East with a 17-21 record and it’s believed rival executives will be circling in on LaVine as soon as they get the chance.

“If the Chicago Bulls make Zach LaVine available before the trade deadline, rival executives are keeping an eye on several teams who could have interest in trading for him, including the New York Knicks, Los Angeles Lakers, Dallas Mavericks, and Miami Heat,” HoopsHype’s Michael Scotto said.

The Knicks have a number of draft picks they could offer combined with salaries to meet LaVine’s needs. If the Knicks do end up trading for LaVine, him plus Jalen Brunson, and Julius Randle alone will use up an average of $105 million of the team’s annual salary cap.

Another option would be the Lakers, which makes sense as LaVine played college basketball for UCLA and is signed with NBA agent Rich Paul, who also manages LeBron James and Anthony Davis.

Now, over in Dallas, Luka Doncic is in need of help. The young man keeps posting crazy numbers but some help from his teammates to evenly distribute the workload a bit more definitely wouldn’t go astray. The Mavs would have more trade flexibility with draft pick compensation after this season.

By far, Miami’s best trade asset is their guard Tyler Herro who would headline a proposed package, but trading him would likely be tricky due to the poison pill part in his contract – which is reportedly in place until July 1st of this year.

With all of this talk of team’s being interested, on paper, LaVine is actually having his worst season in five years. He’s averaging 22.4 points, 4.3 rebounds and 4.3 assists – down from his last two All-Star seasons.

To be fair, the 27-year-old hasn’t had Lonzo Ball to feed off and may still be not back to 100 percent yet after having arthroscopic surgery in his left knee about eight months ago.