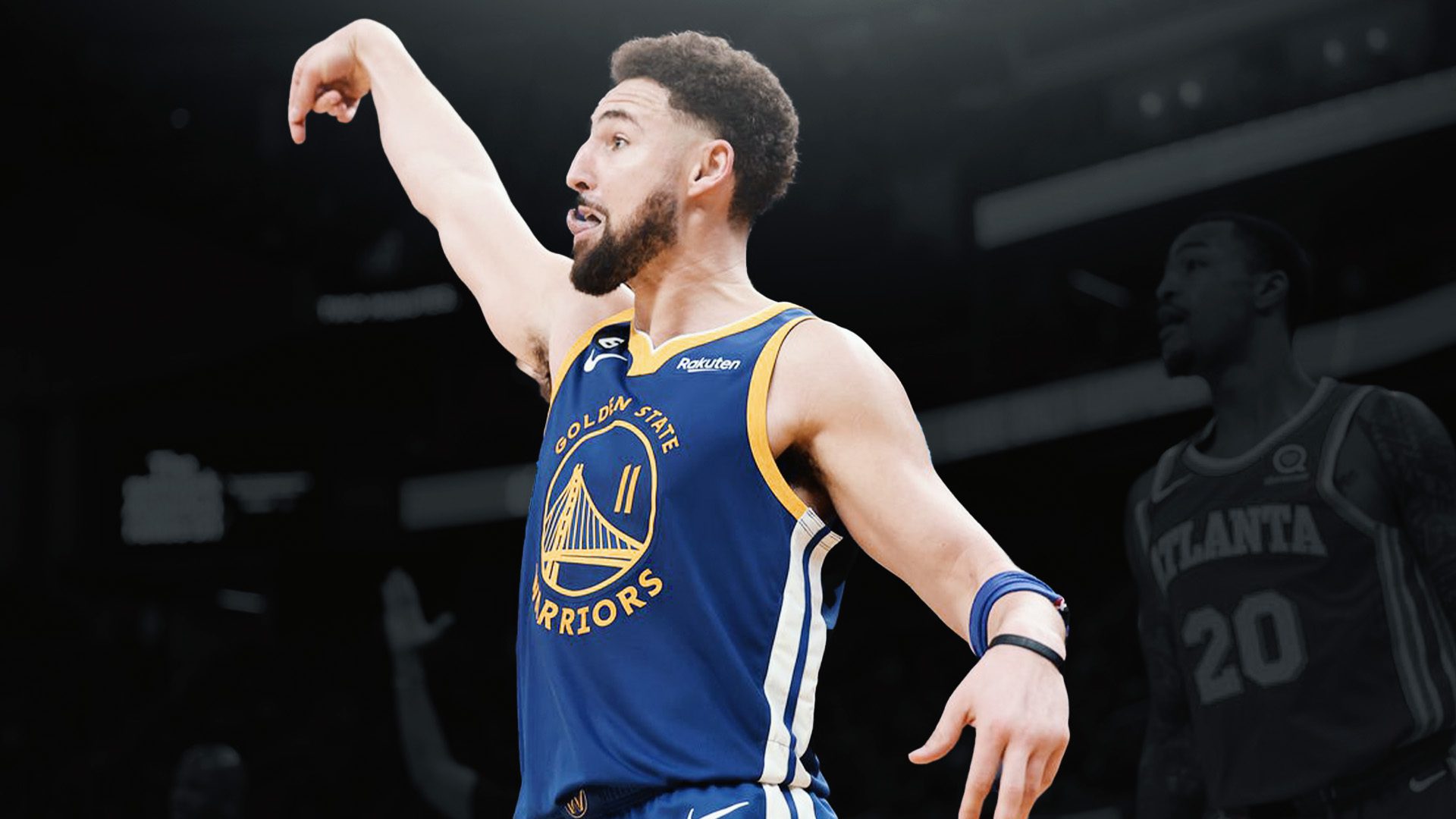 Klay Thompson stepped up in a big way on Monday night when his team needed him the most.

In an incredible display, Thompson scored 54 points, his second highest scoring game in his whole career and helped his side to a 143-141 double OT win against the Hawks yesterday.

So it was more than just a high scoring game, it was a massive milestone in getting his career back on track.

“It’s a huge accomplishment for myself,” Klay told The Athletic. “Just seeing (Hawks broadcaster and Hall of Famer) Dominique Wilkins before the game, talking to him, telling him how much of an inspiration he was to me, coming back from an Achilles to average in the high 20s after a decade of playing. That inspired me to be myself.

“Fifty-four points is nothing to slouch at, even in a double-OT win. There were some hard days for me when I didn’t know this would be possible. To live it in real-time, I’m just going to embrace the heck out of it.”

Since coming back from two brutal injuries, Thomspon has approached things with a different mindset and learned to be grateful for everyday he is in the NBA with the defending champions, no matter what happens in his future.

“After this year, there’s only one year left on my deal. So I just told myself, like, man, I’ve gotta enjoy every day in a Warriors uniform,” Thompson said. “This is such an incredible place to be in, defending champions, and to see the banners we’ve won and just the brand that’s been built here. I’ve just had to remind myself daily that this literally is a dream I’m living. What matters most is just having fun and playing hard. All the numbers, all the big nights will come as long as I do those two things.”

In terms of talking about where he’ll be playing beyond next season, it’s not really something that concerns the 32-year-old too much, despite the rumors he could consider playing for the Lakers, like his father, when his contract is up in the Bay.

“Just, like, the certainty of it,” Klay said. “I don’t really think too much beyond that. I think it’s just a blessing, honestly, to earn three contracts with one franchise. I’m much more appreciative than I was, say, in 2019, let’s just say that.”