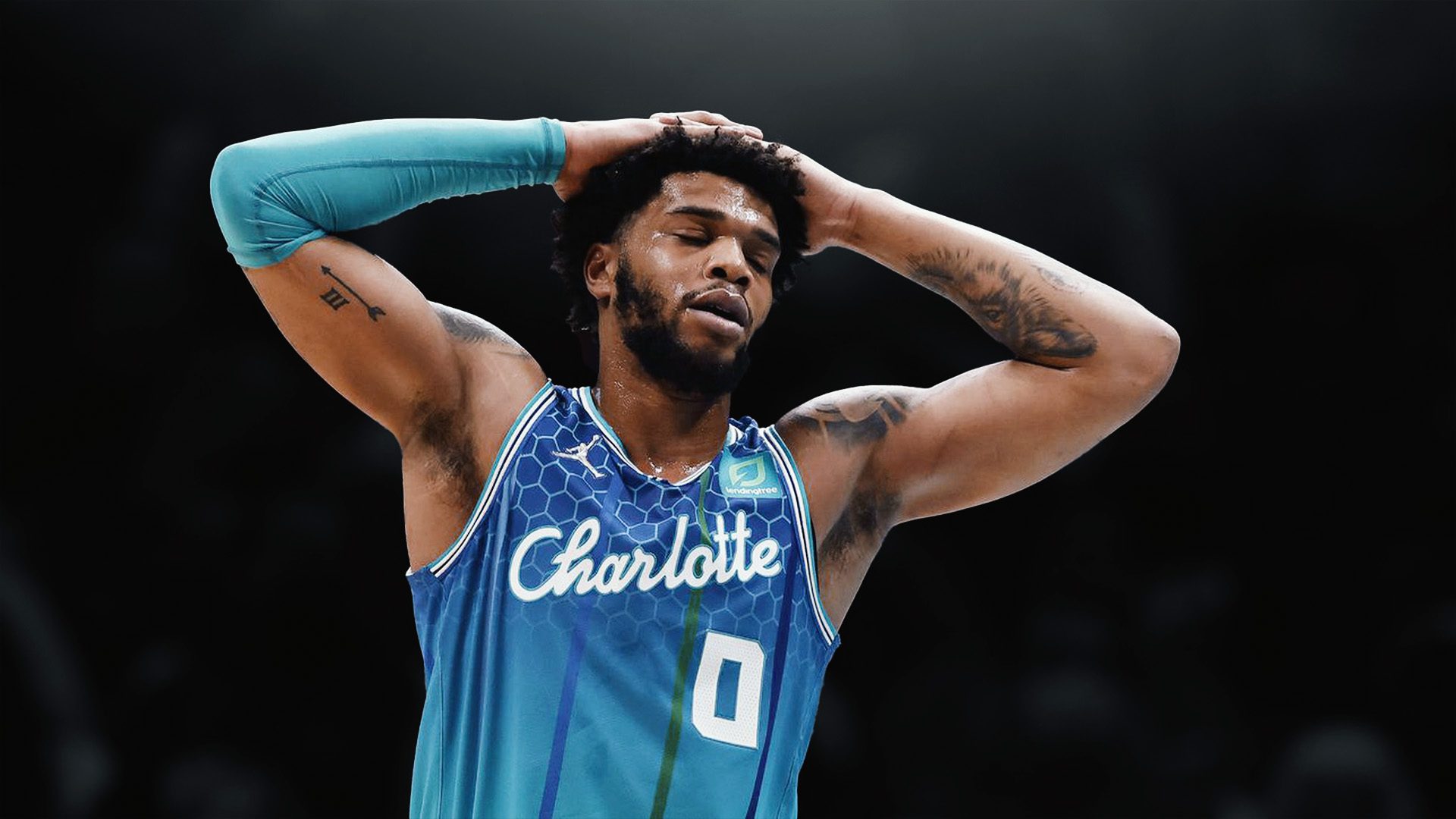 Last week it was reported by ESPN that there was movement and traction on an incoming deal for Miles Bridges and “optimism exists that an agreement could come in the near future” but Charlotte have since disputed this.

“We have not been engaged in contract negotiations with Miles Bridges,” the Hornets said.

Bridges pleaded no contest to a felony domestic violence charge in November, which is neither an admission or a denial of guilt, but still works like a guilty plea in terms of sentencing.

The former Hornets small forward was sentenced to three year probation but avoided jail time for abusing his partner, who he has children with.

The incident happened in June of last year and when he was arrested his partner took to Instagram to speak out about the abuse, posting photos of herself with bruises to the face and neck and a photo of the hospital report which noted she has a concussion, broken nose and rib contusion and said she had been strangled.

It is difficult to ascertain whether a deal with the Hornets and Bridges in the future is definitely not happening because when asked if the team has ruled out bringing him back next season, they declined to comment on the matter.

Currently, the Hornets are 14th seed in the East with a 10-28 record and some would say they are missing their leading scorer Bridges. But what price would they pay to bring him back?

Many people were upset at the ESPN reports that he could make a return so if he was actually allowed to do so, it will be met with much criticism by the NBA community and the community more broadly.

If he was allowed to return, the NBA has the right to sanction him separately to the charges already been made.

Under terms of the NBA collective bargaining agreement and because Bridges pleaded no contest, the league does have the right to fine, suspend, dismiss or disqualify him from any further association with the sport.