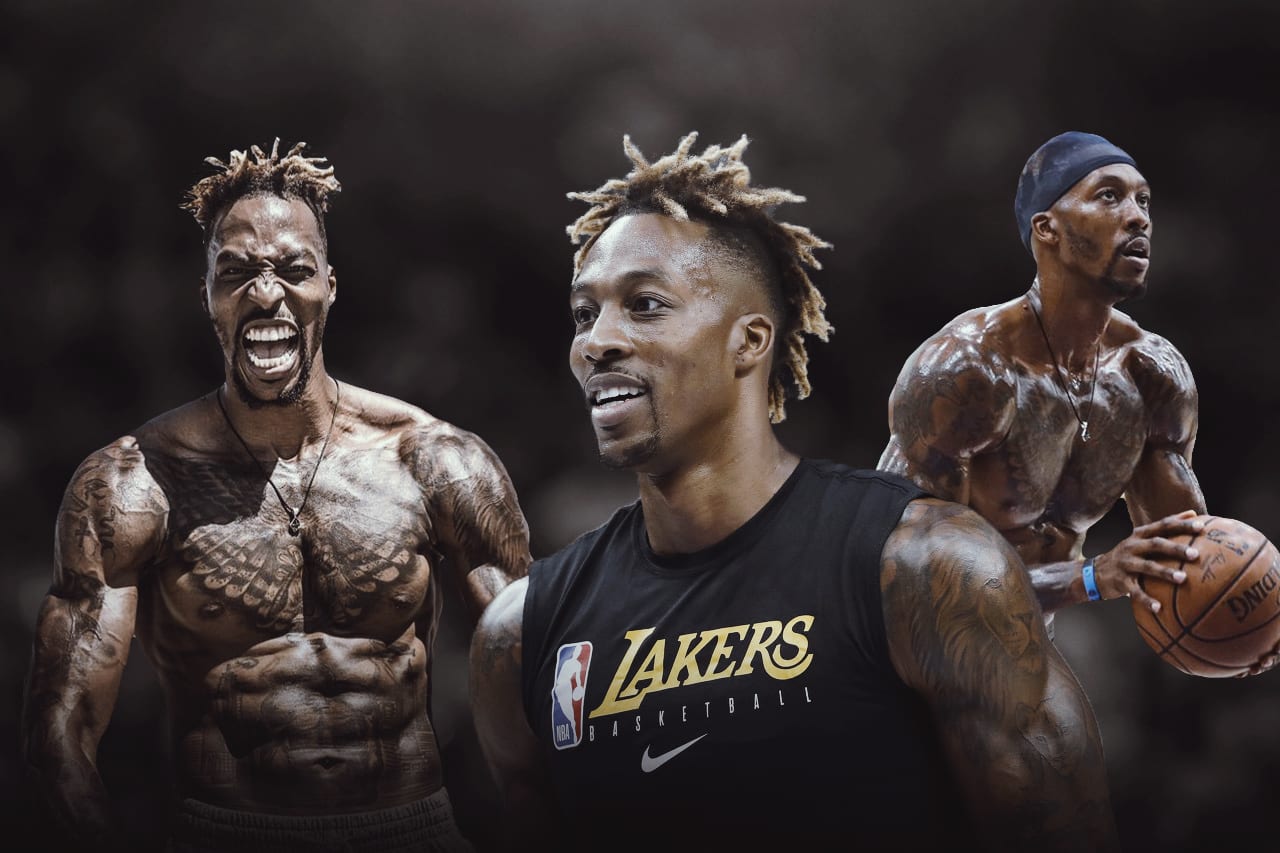 Individual success in the NBA is a delicate thing. The impact a player has on the league can hinge on so many factors, including natural ability, work ethic, coaching and on-court fit.

But sometimes it’s ultimately a player’s diet which makes or breaks them. Just ask Dwight Howard. The eight-time All-Star maintained a truly horrendous diet until relatively recently, and for a long time, he got away with it.

“[I ate] every candy you could think of,” Howard told Graham Bensinger late last year. “It was like a gas station at my house.”

His problems weren’t just with sugar either. Howard claims one year he ate McDonald’s before every game, with his go-to order being two double cheeseburgers, a large fries, a small fries, a strawberry-chocolate milkshake and a large coke.

Dr Cate Shanahan, who was the Lakers’ team nutritionist when Howard was struggling to overcome back surgery in 2012, suspected the big man’s diet was contributing to his physical problems, according to ESPN.

That was after she discovered Howard had been eating about 24 chocolate bars worth of sugar every day, possibly for as long as a decade.

Howard’s addiction even caused him to feel tingling his legs and fingers, which Shanahan suspected to be dysesthesia, the same nerve dysfunction she’d seen in patients with prediabetes. Not only was Howard’s basketball career at stake, so was his long-term health.

Shanahan became so sure that Howard’s immense sugar consumption was causing the tingling that she told him if he cut back and didn’t notice a difference, she would resign. After removing boxes of junk food from his house, Howard stayed off the sugar and sure enough, the tingling faded.

He also embarked on a 30-day program which involved eating just one meal per day (and a healthy one at that) and filling those food-less gaps exclusively with apples and nuts, all while maintaining an intensive workout routine.

Howard also swapped out McDonald’s in favour of lean chicken and fish, and replaced sugary drinks with kale juice and beet juice, making himself the second-most famous Dwight with a taste for beets. He also cut out bread and heavily limited his intake of pasta and red meat.

Howard rapidly lost 28 pounds and hit the Lakers practice court in the best shape of his life, which is really sayings something considering he has always been an absolute physical specimen (even when all that junk food had his insides rotting).

The big fella was feeling better than ever too and even started noticing a sense of mental sharpness and clarity that he’d never experienced before (think Bradley Cooper in Limitless). Meanwhile, he felt like his endurance was back to where it was in his prime.

“I wasn’t getting tired as fast during games,” Howard told GQ following his transformation. “My body felt different… I felt all the benefits that happen when you take something bad from your diet. The biggest thing for me in games is fatigue.

“Usually when you eat candy, you have a good rush. It hits you and it feels great, but then once you crash, you crash. Once I took that out, I was able to play longer.”

Throw in his mental shift away from pounding the rock in the post and towards defending and grabbing rebounds, and Howard became an integral piece of the Lakers’ championship puzzle well after everyone in NBA circles had written him off as a chronically injured, washed up headcase.

DeAndre Jordan adopted a vegan diet two years ago and before the NBA went on hiatus he achieved his second-highest season average for rebounds per 36 minutes (16.4) and third-highest for points (13.6).

Despite approaching his 32nd birthday and supposedly being past his prime, he too said he’d never felt better.

Jahlil Okafor’s switch to veganism directly correlated with his resurrection in New Orleans, and even LeBron James – the modern poster child for athletic longevity – limits the amount of red meat in his diet.

Now compare those guys with some players at the other end of the dietary spectrum. The eternally injured Joel Embiid famously inhales junk food and is a certified milkshake fiend.

So, as absurd as this would have sounded as recently as a year ago, perhaps today’s NBA players should try to be a little more like Dwight Howard.