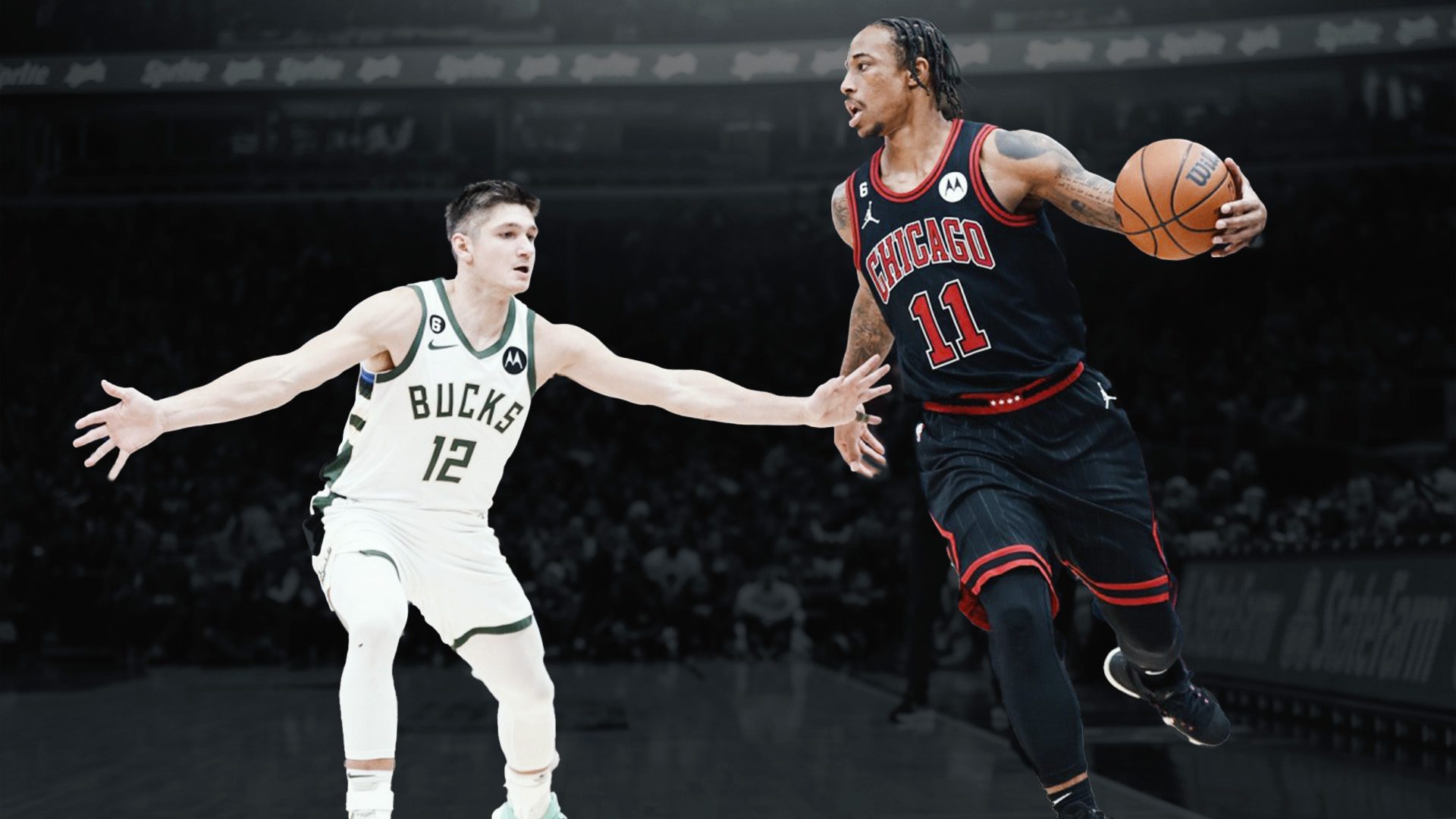 With just under seven minutes to go in the third quarter, Allen was looking to set a screen for Wesley Matthews when Allen got fouled by Chicago’s Patrick Williams.

Allen then ran into DeRozan, and Allen’s left forearm banged DeRozan in the back and he fell to the floor due to the force.

DeMar DeRozan was not happy with Grayson Allen after this play. pic.twitter.com/YpUGOl6WX3

DeRozan was understandably upset and angry after the takedown and got held back by teammates and Bucks players.

“It’s his track record. If it was Boban, I wouldn’t have did nothing,” DeRozan said after the game. “But you know, who knows, I didn’t know if it was on purpose or not or what happened, I just felt the excessive hit, that’s all it was.

“I just felt like I went across the middle in a football game, trying to catch a slot route, and got hit.”

Despite feeling like he was an NFL for a minute there, DeRozan was able to rally his team and finished the night with 42 point personal haul, ten rebounds and five assists to help the Bulls rally after they trailed by 15 points in the fourth quarter.

Allen has been up to his dirty tricks since his college basketball days and as always, maintained that the contact wasn’t on purpose.

“I got pushed into the screen,” Allen told ESPN after the game. “I was trying to slip to the corner, and I ran into him.”

Bulls commentator Stacey King really said on the broadcast: “Somebody need to give him a two-piece. I guarantee he will stop doing that.”

King brought up Allen’s flagrant foul against Bulls Alex Caruso last season where Allen threw Caruso to the ground and fractured his wrist, one of Allen’s long line of incidents.

Although Caruso missed 22 games because of it, Allen only served a one-game suspension, so it will be interesting to see what kind of punishment the NBA dishes up for Allen this time.