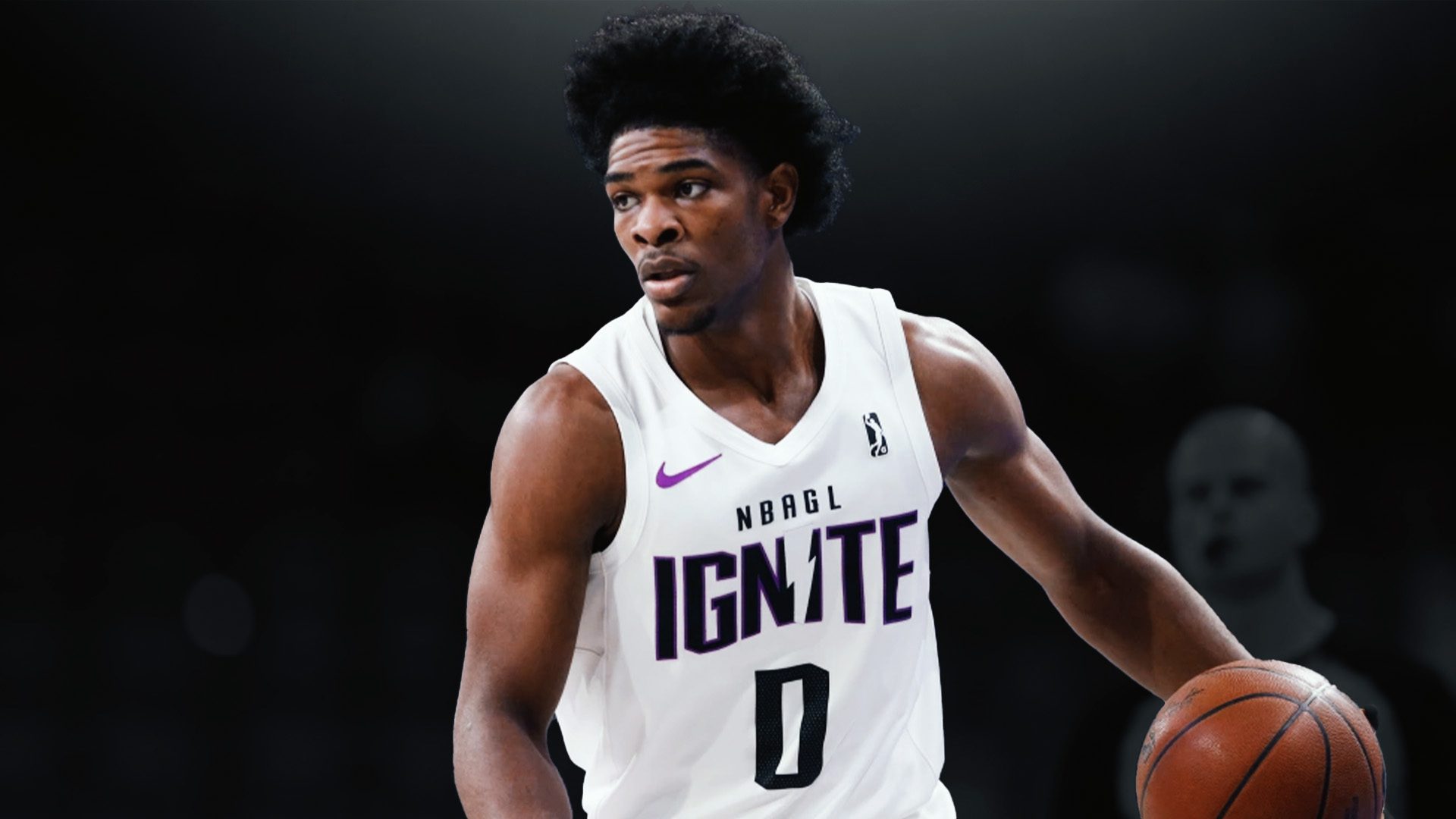 Everyone knows who the projected number one draft pick will be in 2023, a French freak named Victor Webanyama, and Sterling “Scoot” Henderson was a close second but until this week, he hadn’t played a game since November 18.

Almost 19-year-old Henderson was in concussion protocols for three weeks after a nose fracture and missed the G League Winter Showcase – one of the most important events for young prospects because many NBA big wigs are in attendance.

G League officials said the reason for his long stint on the sidelines was because the risk of soft tissue damage is much higher after suffering a concussion and they want “to protect his body for his long-term goals.”

Some NBA executives indicated they would be surprised to see Scoot back on the court in G League this season but they ate their words as he made his return this week.

The 18-year-old picked up right where he left off and finished with 20+ points and five assists for the fourth time in seven games.

Many 2023 prospects haven’t played enough games against high-level competition because of injury, absences or inconsistent performances.

The conference schedules will help NBA executives determine how to rank these prospects – a process that many say is still in its early days but this draft rankings in particular seems like it will be tricky.

Some names apart from the two we have heard so much about include Amen Thompson, Nick Smith Jr. and Cam Whitmore. These players could end up at teams like Orlando and Charlotte or the Rockets if they continue to lose games.