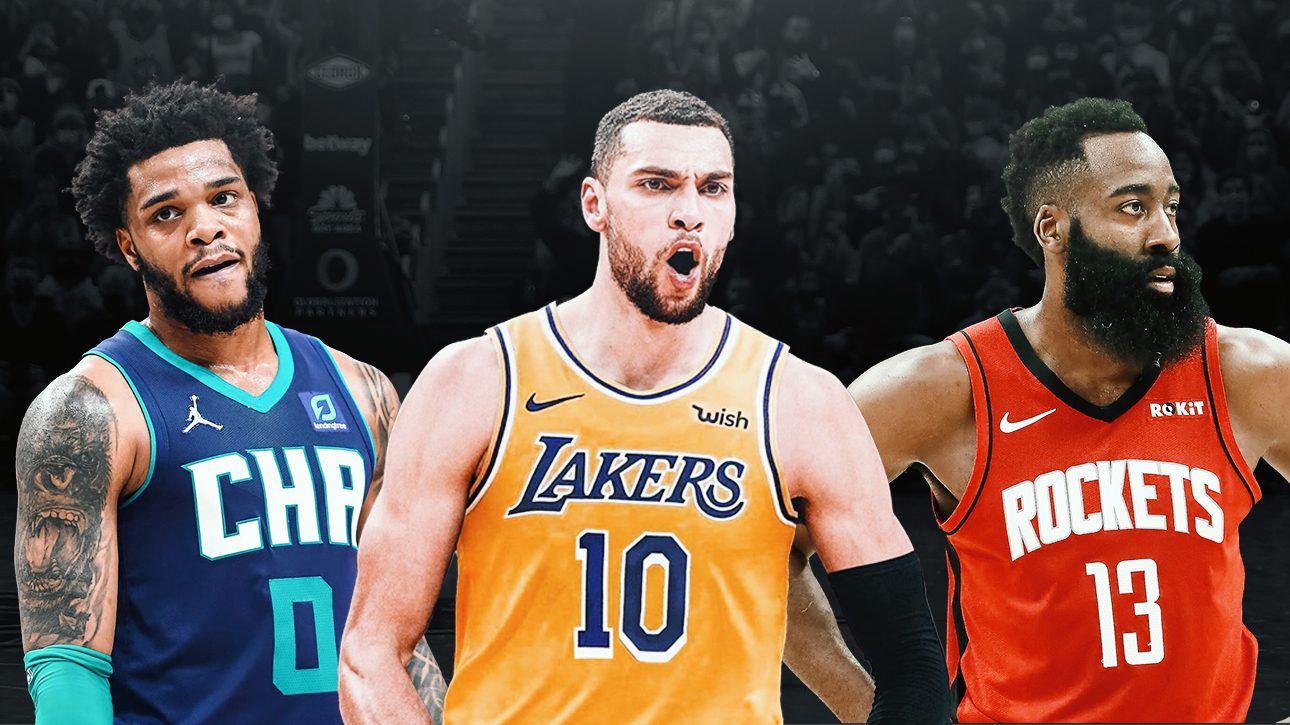 With all sorts of rumors swirling around the league, we’ve got them all in one place for your convenience.

Here’s all the latest chatter on potential trades and free agency moves:

ZACH LAVINE TO THE LAKERS

The word on Zach LaVine is that he wants to return to LA where he played his college ball.

“LaVine wants to go to the Lakers, that has been pretty clear for a while now. The agents [from Klutch Sports] want him to be in Los Angeles, he is a UCLA guy and they did some rattling about his contract last offseason, to kind of lay the groundwork if things blew up. Which they seem to be doing.”

Various NBA executives believe Trae Young could be the next player on a rookie max extension to demand a trade, per Chris Haynes.

This is assuming the Hawks don’t “make inroads come postseason time”, according to the report.

Young is under contract through the 2026-27 season but has an early termination option after the 2025-26.

Woj really set off a media firestorm when he reported James Harden could return to Houston in free agency next summer if he were to leave Philadelphia.

Harden wasn’t too pleased when a reporter asked him about the report:

“Why would you ask me about that on Christmas, man? You didn’t say Merry Christmas or nothing. You asked me about something that I ain’t even … I’m not answering. I didn’t see nothing.”

KYLE KUZMA ON THE MOVE

The latest on Kuz comes via Marc Stein, who had this to say:

“There’s a rising belief leaguewide that Kuzma is gettable between now and the Feb. 9 trade deadline as a result because the Wizards might ultimately be forced to concede that they have to trade him before the buzzer to ensure they don’t lose him for nothing. Based on the rumbles I’ve heard, I struggle to envision Kuzma wanting to stay in the nation’s capital beyond this season.”

MILES BRIDGES NO CONTRACT WITH HORNETS?

After pleading no contest to one felony domestic violence charge (meaning he accepted his punishment but didn’t admit guilt), Miles Bridges and the Charlotte Hornets are reportedly “gathering traction” on a potential new contract.

According to Woj, “optimism exists that an agreement could come in the relative near future”.

That would pave the way for Bridges to serve a potential NBA suspension that could be issued after the league finishes investigating the domestic violence case.