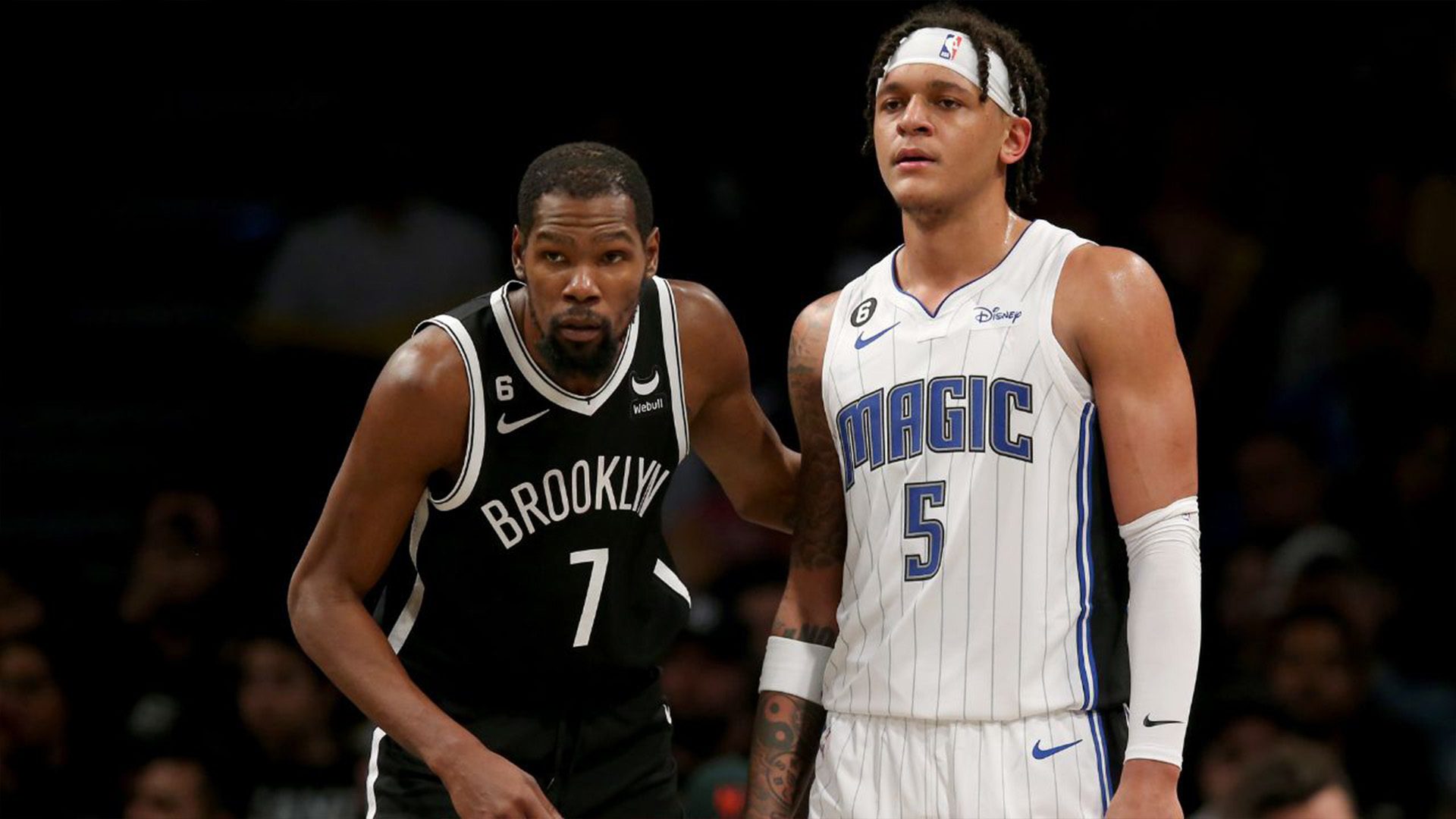 This year’s number one draft pick, Paolo Banchero, who is well on the way to getting Rookie of the Year with the performances he has produced, had to take a pause to admire Kevin Durant’s work when he played him for the first time in the NBA.

Durant is one of those players who doesn’t seem to get bothered by much, even if he is getting double teamed he remains composed and still manages to get a good shot off.

Just 14 games into his rookie season, Banchero came up against Durant on his home court in Brooklyn and he happened to be in quite a mood.

“Playing against KD was kind of my little welcome to the NBA moment,” Banchero told JJ Redick.

“I guarded him for most of that game and there was really just nothing you could do.

“Some guys get to the line a bunch or you know play with the refs and get calls. That’s how they get 14 points from the line or whatever but KD was straight business. Wasn’t saying nothing to the refs. He was getting to the line, I think he hit four or five free throws, but he had 45 so most of those was buckets.

“He was the first player I think I’ve guarded in my life where it was like, there’s nothing I could do.

“Usually, a guy can make some shots on me but I can fluster them a little bit, you know, I can get into them make them miss here and there but that was just like, he don’t even see me right now.”

That game against Orlando in late November was Durant’s highest scoring all season, he also had seven rebounds and five assists, while shooting 100 percent from the line and 60 percent from three and 79.2 percent from the field. He also made it seem like seven-foot-two Orlando center Bol Bol wasn’t even there.

“In terms of a guy who you can’t stop…you can double team a guy, you can pack the paint on a guy, make it difficult for him but like with KD there’s really nothing you can do,” Banchero explained. “He’s going hesi-pull from three, and so you gotta guard that if you jump own that he’s going to hesitate you and get to the mid-range then he’s going to get to the basket like seven feet, he’s shooting over centers.
“The one shot he had against us that really just made me like…usually guys on the opposite do great plays ands I’m like alright let’s just go, let’s take the ball out let’s go but a couple of his buckets I’m like sitting there pausing for a second like ‘God Damn’.

“He did a baseline fadeaway over Bol and Bol like full on contested, jumped, hand tried to block it and he’s flustered a lot of great shooters so far and KD just didn’t see him. It was just cash right over the top.”