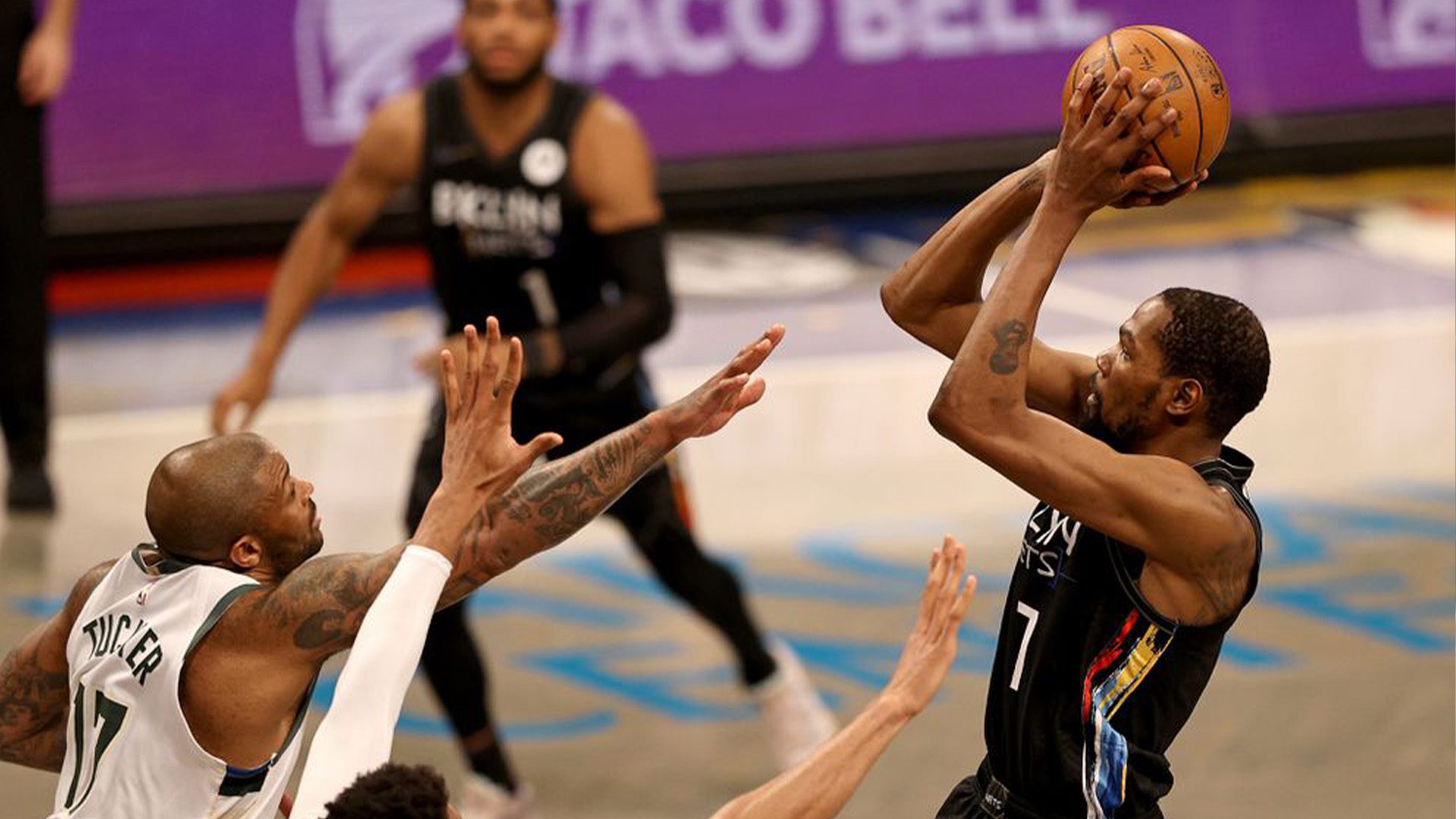 Of course Kobe Bryant and LeBron James got a mention in Kevin Durant’s list of players he looked up to and stole moves from but his true hero was Hall of Famer Tracy McGrady.

“TMac was the guy that stood out because I felt like we had a similar body type, we had the similar move with the hesi pull-up. He started it, I felt like, and I just tried to take it from him,” Kevin Durant said to former NBA player Jamal Crawford on NBA TV.

“I tried to watch his games as much as I could, check his movements and try to emulate everything I see. The sweet part about it, my freshman year they had training camp at our practice facility at Texas and seeing that was a memorable moment in my career.”

Fast forward to 2022 and the hesi pull up is one of KD’s signature moves and is one of the most un-guardable in the league.

If he retired tomorrow, his accolades would most likely land him in the Hall of Fame. Two-time NBA champion, 12-time All-Star, MVP and two Finals MVP Award winner has an incredible career and not just that, he is crazily consistent.

34-year-old Durant is averaging 30.4 points per game, 6.6 rebounds and 5.3 assists while shooting 56.5 percent from the field and 36.2 percent from three-point range and is helping Brooklyn lift in a big way.

The Nets are fourth in the East and have a 19-12 record and of course, Durant leads the team in points and assists.