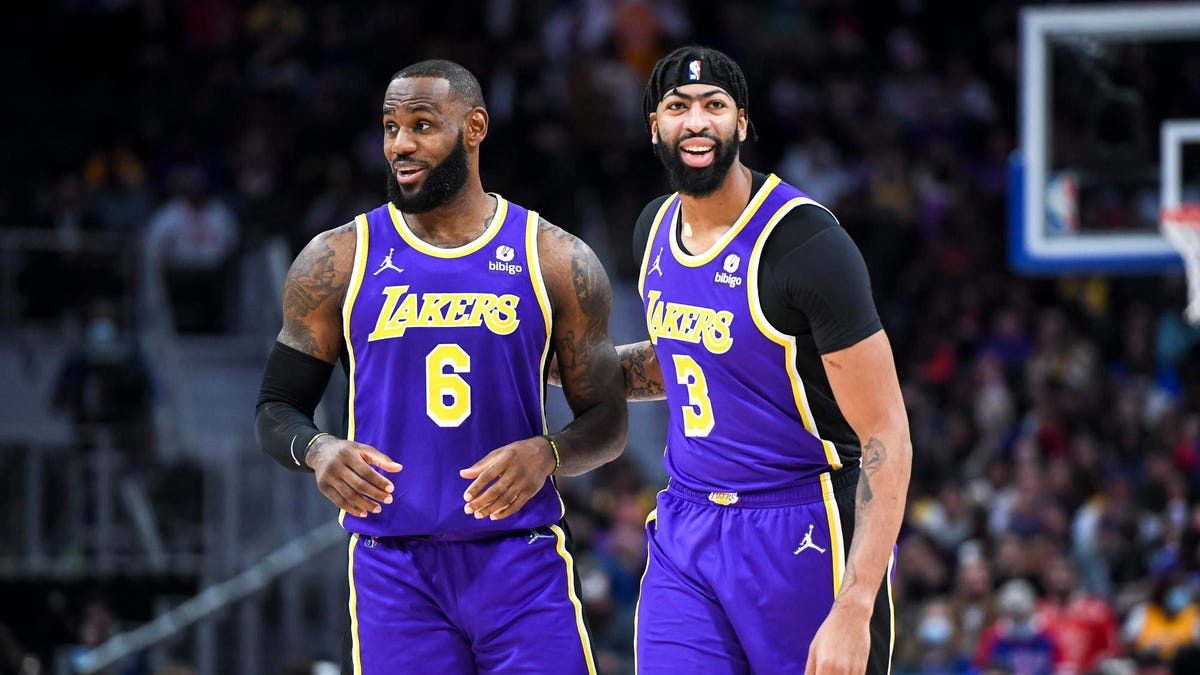 The Lakers have a tough few weeks coming up which will be made even tougher without Anthony Davis after he suffered a foot injury on Friday night against the Nuggets.

There has been no official injury announcement from the team, with the severity of the injury still being determined but it is being reported he will be out for at least a month.

After AD left the court, his side was still able to get the W and they also had a 119-117 win over Washington after that but with seven out of their next eight games on the road, will they be able to rally in Davis’ absence?

The 29-year-old leads the Lakers with averages of 27.4 points and 12.1 rebounds per game, numbers that had him in the MVP conversation.

After their win over the Wizards, LeBron James credited his teammates for stepping up but was candid in saying that is what’s expected of them.

“Well, at the end of the day, whoever is available to play, we got to make plays. We’re NBA players,” James said. “We have to go out and trust the game plan that the coach has put out there. And then us, trying to go out there and execute it for close to 48 minutes as possible. And I think tonight we were able to do that for the majority of the game. Obviously the third quarter was a downer for us but we picked it back up and were able to rally to win the game.”

37-year-old LeBron recently declared he wants to play until he is 45 years old and with the stats he is putting up at the moment that seems plausible. He’s averaging 27 points, 8.5 rebounds and 6.5 assists per game but knows it won’t be easy without his right hand man Davis to get through the next month of basketball.

“I mean, it’s definitely disappointing to see him have to go through it, especially with the work that he’s put into it,” James said. “Doesn’t cheat the game. Shows up, prepares himself, goes out, and obviously, he’s been dominant this year, and to have him to have this setback right now. I know it can be tough on him, for sure. Just trying to do whatever I can do to keep his mind fresh. It’s just a minor setback for a major comeback, and we’ll try to hold down the fort for as long as we can until we get our number one guy back, so you know you just have a clear mind and take his time, understand that this is temporary.”