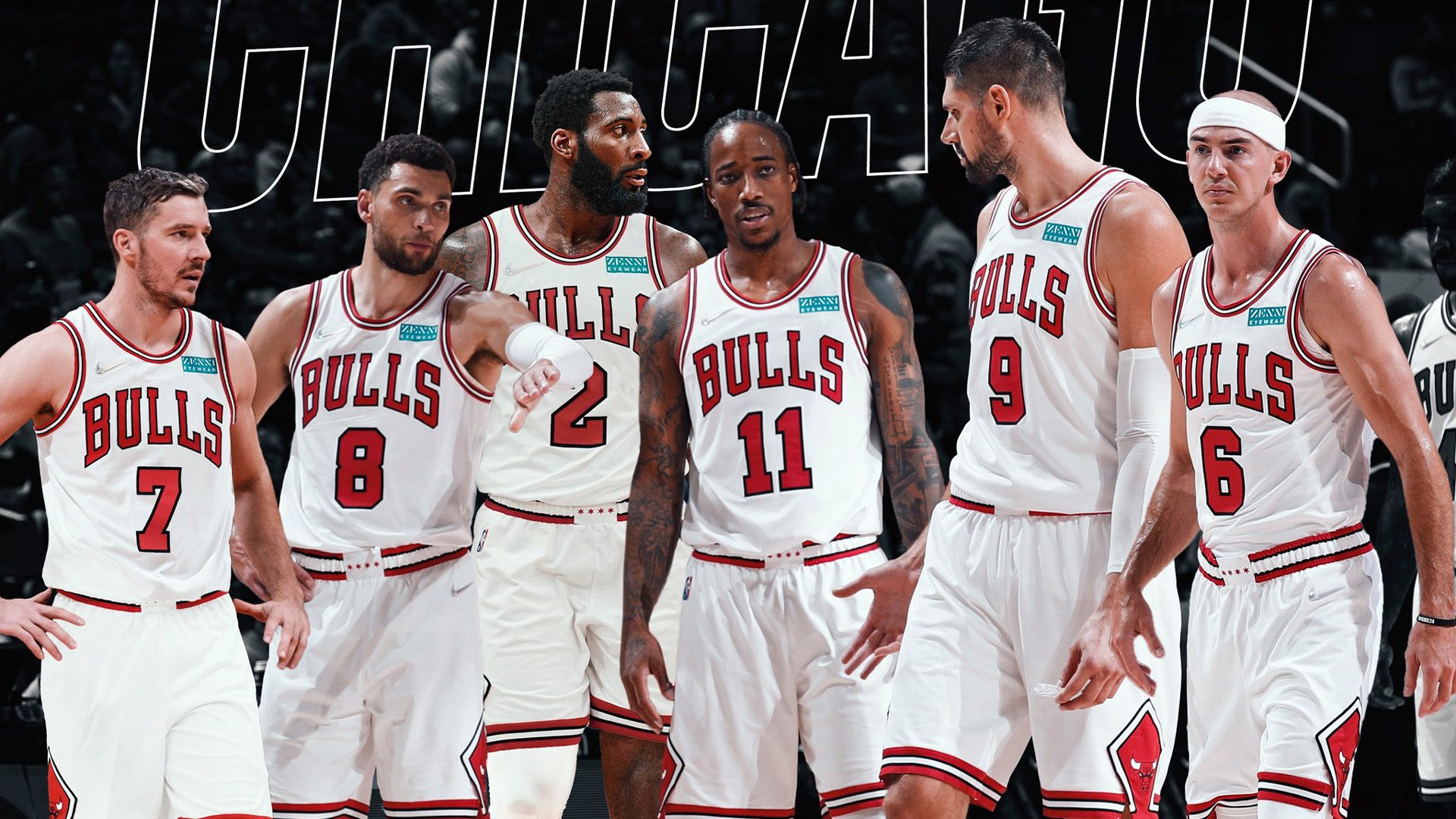 There is still eight weeks until the trade deadline but the Chicago Bulls, who haven’t been able to win two games straight all season, have reportedly started to evaluate all their options.

Things are pretty grim in Chicago at the moment a question mark over the health of Lonzo Ball, while All-Star’s Nikola Vucevic and DeMar DeRozan only have a year left on their current contracts and although Zach LaVine just signed a new five-year $215 million deal, his performances have been lackluster.

The Bulls are certainly a team that could look to “sell” ahead of the trade deadline and should they choose to, they will gain a lot of interest from plenty of NBA teams.

“This is the most competitive we have seen in the East in a long time and Chicago just doesn’t have enough to compete with some of these new teams rising up in the conference, not to mention those at the top right now,” a source told Fastbreak. “I’ll say this, those so called ‘rumors’ out there talking about the Bulls potentially tearing everything apart. There is movement to these talks and the Bulls are actively evaluating themselves and all of their options both to add and move talent ahead of the deadline.”

Players like Vucevic, DeRozan and LaVine would certainly peak the interest of many but other back court players like Coby White and Alex Caruso could definitely help a team looking to make the playoffs who just need that extra edge.

Now of course, if the Bulls turn their season around then none of this may need to happen, but if they don’t then it seems they may have to seriously consider deconstructing their roster.

32-year-old Vucevic is set to become an unrestricted free agent at the end of this season and If Chicago keep him, they could potentially end up with nothing in return if he does choose to leave.

DeRozan is under contract until next season but his performances as of late haven’t been enough to get his team consistent wins. He’s averaging 25.8 points, five rebounds and 4.6 assists per game.

27-year-old Lavine has been trying to carve out some solid numbers, and is averaging 21.8 points, 4.5 rebounds and four assists per game but on Friday against the Knicks he had five turnovers.

“We’ve got to get tired of having this feeling of not competing and losing like this, especially on our home court. It’s not ideal where we’re at, but great stories start with some type of tragedy,” DeRozan said after their second loss to the Knicks within two days of each other.