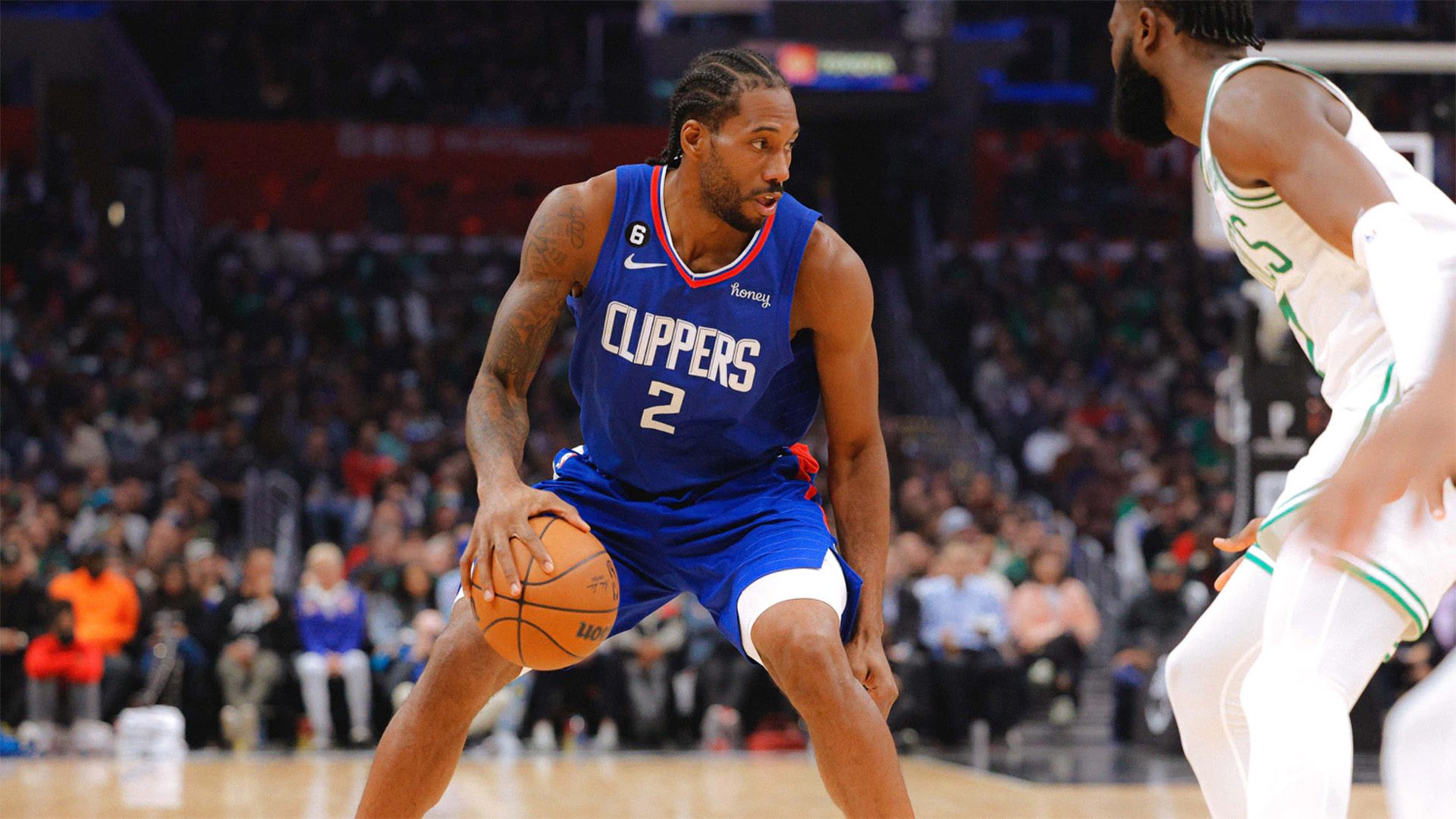 What Clippers fans had been waiting all season to see finally happened yesterday.

Thanks largely to a healthy Kawhi Leonard, LAC took down the league’s best team in the Boston Celtics, beating them 113-93 at Crypto.com arena.

Leonard truly wound back the clock and finished the game with 25 points, nine rebounds and six assists and also made ten of 12 shots, including two three-pointers.

It was undoubtedly his best game since tearing his right ACL in June 2021 but when he was asked if this is a good measuring stick for where he wants to be at this time in the season his response was fairly candid:

“I mean, no,” Leonard said. “I mean, I wish I could have played more than the games that I missed.”

The five-time All-Star has his sights set on something bigger.

“I’m not worried about tonight,” he continued. “No, I don’t want to be here tonight. I’m focusing on the end of the year. Playoff basketball. Doesn’t matter about tonight.”

The 31-year-old joined the Clippers in 2019 and has been itching to bring them a championship since but his injury tolls hasn’t helped matters.

Although he said the game doesn’t matter to him, it sure as hell matters to the rest of the team.

The win has come at just the right time for his side after they have struggled all season to put together a consistent, healthy roster and the Celtics game marked just the eighth time their two stars Leonard and Paul George have played on the floor together this season.

“… More than anything, he’s just more aware of his minutes and being on a minute restriction that with the minutes that he does have, he’s going to make them count.”