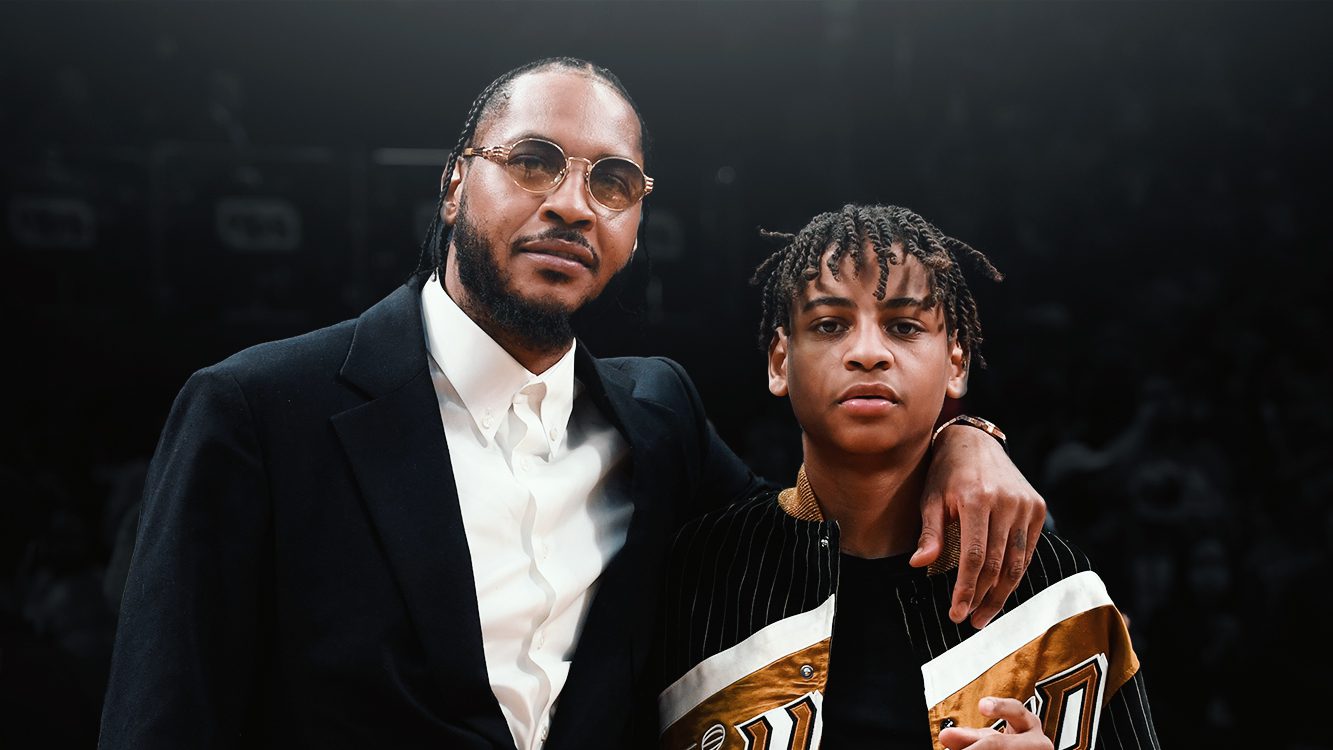 Carmelo Anthony was asked about his aspirations to return to the NBA on Monday night and it would’ve been hard to script a better response.

“I love the game, I will say that, but I realise there’s a lot of things that’s not in my control,” Anthony said on ESPN. “So, I just sit back and let it play out and whatever it’s going to be, it’s going to be and I accept that. I’m at peace with that. I’m cool and I get to watch my son play, train him, be around him.

Anthony made the comments on the same night his son Kiyan played Bronny James at Sierra Canyon High School in Los Angeles.

Sierra Canyon won the game 62-51, but if Melo gets his way, Kiyan won’t be far behind Bronny in chasing his NBA dream.