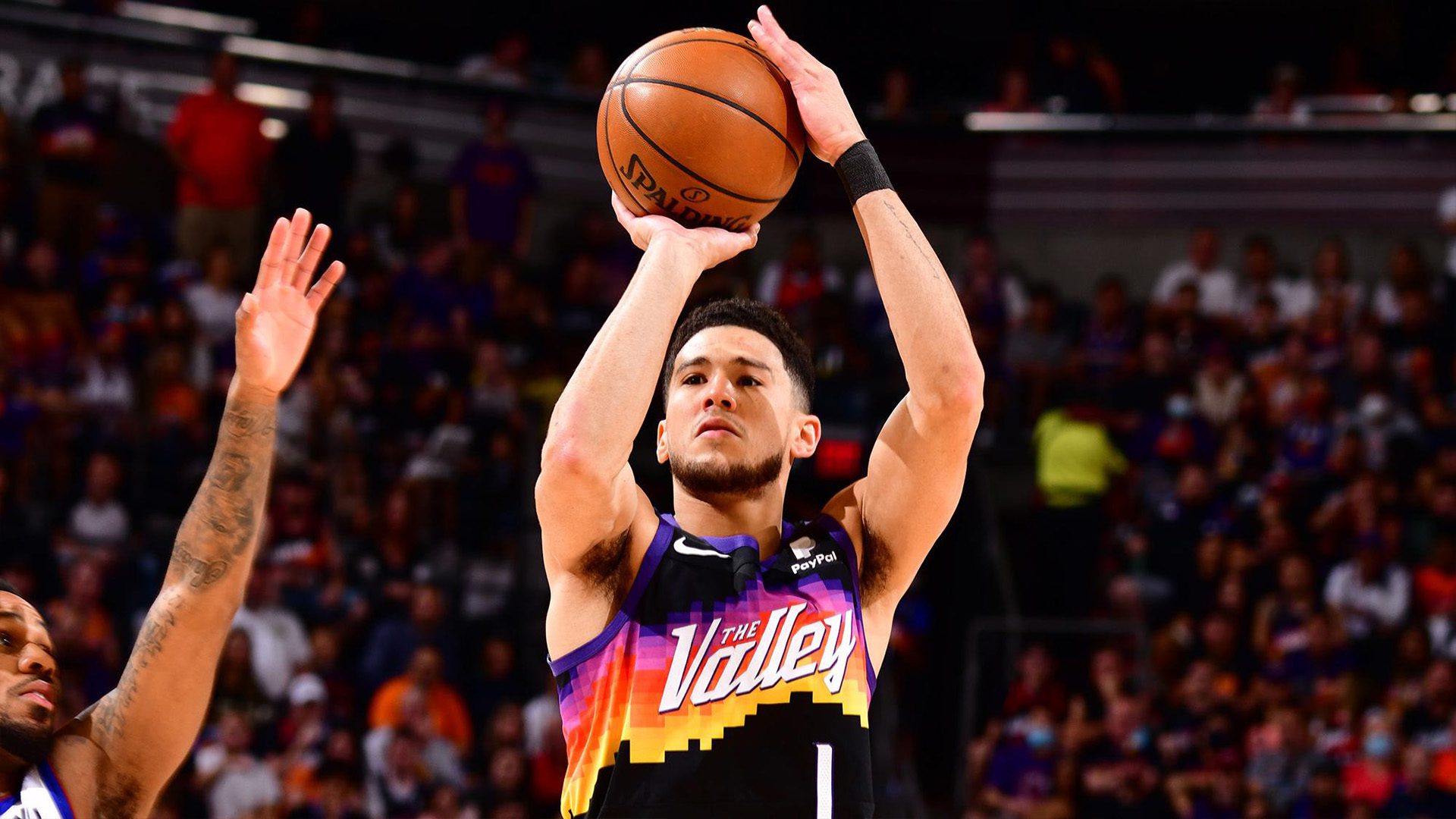 The consistency of Devin Booker is really quite amazing. With the amount of stars in the NBA at the moment it is easy for Booker to fly under the radar at times but he is not the same player we saw last season.

He has been the most consistent player on the top team by record (16-7) in the Western Conference to start the 2022-23 season.

The shooting guard’s playmaking this season has been second to none as he is able to score points himself or consistently find the open man. Booker’s facing tougher defense with blitzes and double teams, which has been even more apparent with Chris Paul and Cameron Johnson out with injury.

Case no. 347 of Devin Booker cooking the double team this season. Easily his biggest area of growth from last year to this. pic.twitter.com/gUw7Chay50

A couple of days ago, he recorded a season-high 51 points against the Bulls in just three quarters. He became just the second player in 25 years with over 50 points and 80 percent shooting in the first three quarters of an NBA game.

Each year since he started in the NBA in 2015-16, he has bested the season before with his PRA average, so it is well within his reach.

Booker finished fourth in MVP voting last year, as the best player on a 64-18 Suns team, can he get even closer this year?

“I’m not even in that race,” Booker told the Athletic recently about the MVP contest. “I just let these people say what they want. Like bro, I focus on hoops only… And historically speaking, if you look at last year, like somebody (else) might have got MVP (in his situation) if it wasn’t me.”

“But the criteria changes, the media changes,” Booker continued. “I think it’s good for the NBA, (but) there’s just certain people that they want to push more than others. And that’s just the nature of life.”

Today, he faces another superstar of the game in Mavericks point guard Luka Doncic, who is also putting up incredible numbers that are actually better than Booker’s. Doncic is averaging 33.4 points, 8.6 rebounds and 8.6 assists but doesn’t have the support around him to create a genuinely competitive team.

Booker has players like Deandre Ayton, Cameron Payne and Mikal Bridges, who alongside Booker has helped the Suns to first seed in the west. Bridges’ average of 16 points, 5.3 rebounds and 3.4 assists have helped Booker to lift the whole team.

Opening night of this season, the Suns played Dallas and Phoenix got away with a 2-point win.

Tonight, both teams could potentially have a total of nine players out. It will be interesting to see whether it will be Donicic or Booker who takes matters into their own hands.