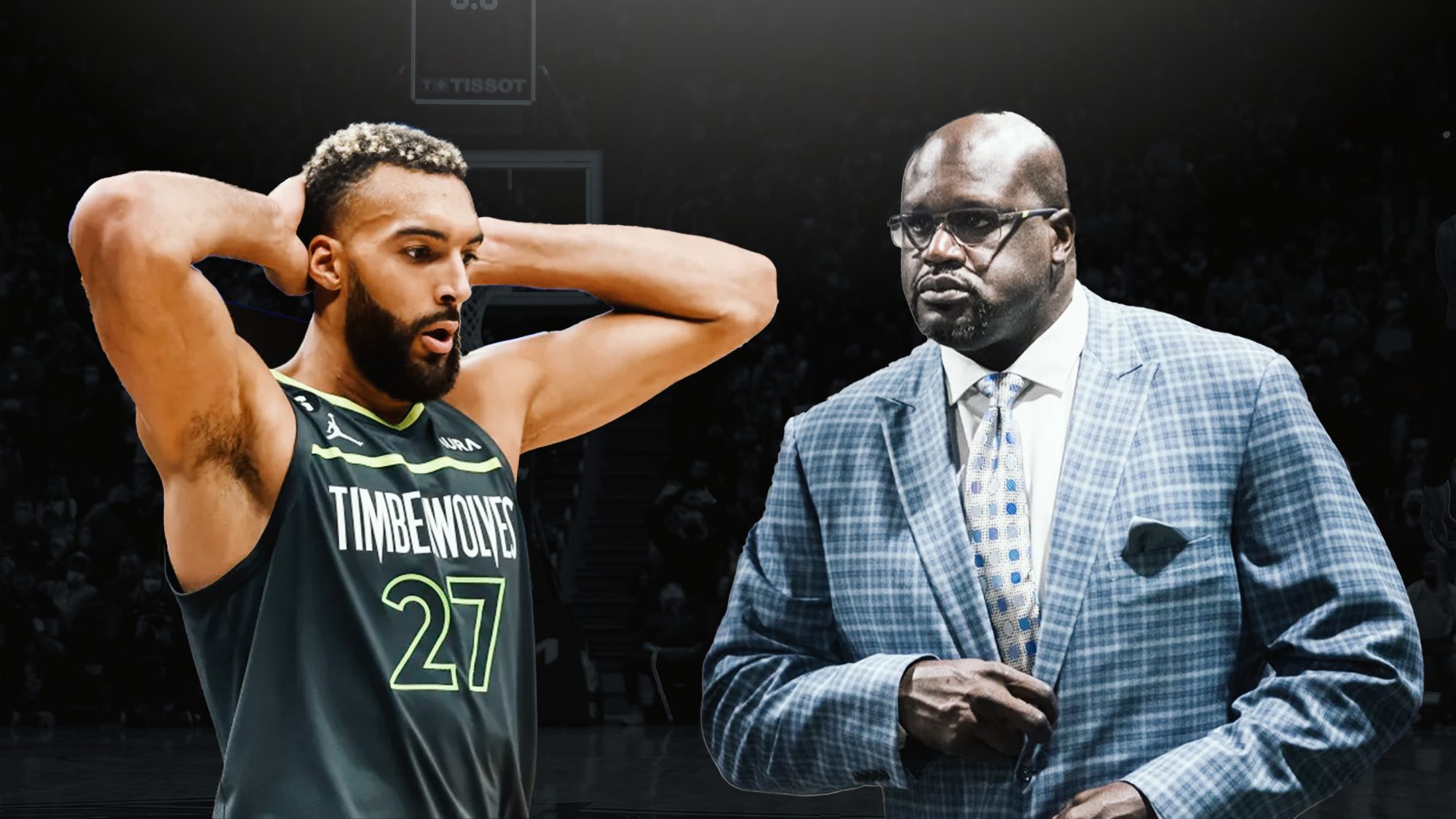 Shaq has taken aim at Minnesota Timberwolves center Rudy Gobert, and not for the first time.

Gobert has been putting in some fairly terrible performances since being traded from the Jazz and so far this season has averaged 13.2 points, 11.4 rebounds and 0.8 assists.

The Minnesota fans definitely don’t think these numbers are good enough and have even taken it to the extreme level of booing him at games.

This has led to Gobert taking to Twitter to complain about the fans, which has really pissed Shaquille O’Neal off.

“Get 25 rebounds, get nine blocks. Stop letting people dunk on you. Put somebody on your ass about that instead of crying to the fans,” O’Neal said.

As a former regular season MVP who has four NBA Championships, three Finals MVPs, and had multiple All-Star and All-NBA team selections at center, if anyone is going to criticize Gobert, Shaq has the qualifications to do it.

The feud was ignited back in 2019 when Gobert didn’t get selected to make the All-Star team and got emotional about it.

“There is no crying in basketball…” Was Shaq’s response. “Man up, put some icy hot on your face.”

In more recent slander from 2021, Gobert signed a massive $205 million contract with Utah. O’Neal didn’t approve of the amount of money being paid to a man who “scores 11 points”.

It seems like this latest roasting won’t be the last, so stay tuned.