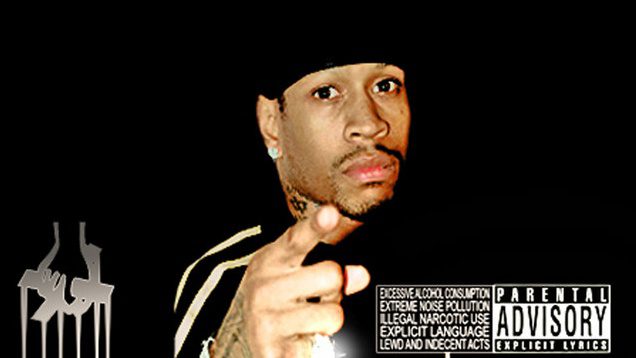 Allen Iverson concedes that his 2010 rap album was straight-up “terrible”. The project, which was ultimately scrapped, was heavily criticized with its lead single “40 Bars” widely labelled sexist and homophobic.

Iverson claimed the album, titled Misunderstood, was one of several factors that caused tensions with David Stern.

“It wasn’t a great relationship when I did that terrible rap album,” Iverson said. “When I did that bullsh*t, that’s when I had a problem with David Stern.

“I remember going into the office, and he was reading my lyrics, Kev,” he said. “Like, David Stern was actually reading ‘40 Bars‘ off a piece of paper, and me and (76ers player) Theo Ratliff — I was trying not to laugh, because I knew how serious it was. And the shit I was saying, obviously, you know … So to hear David Stern rapping it, it was crazy. It was embarrassing.

“It was not a good idea. It looked so bad,” he continued. “A lot of people tell you what you wanna hear, as opposed to what you need to hear. And I dealt with that.”