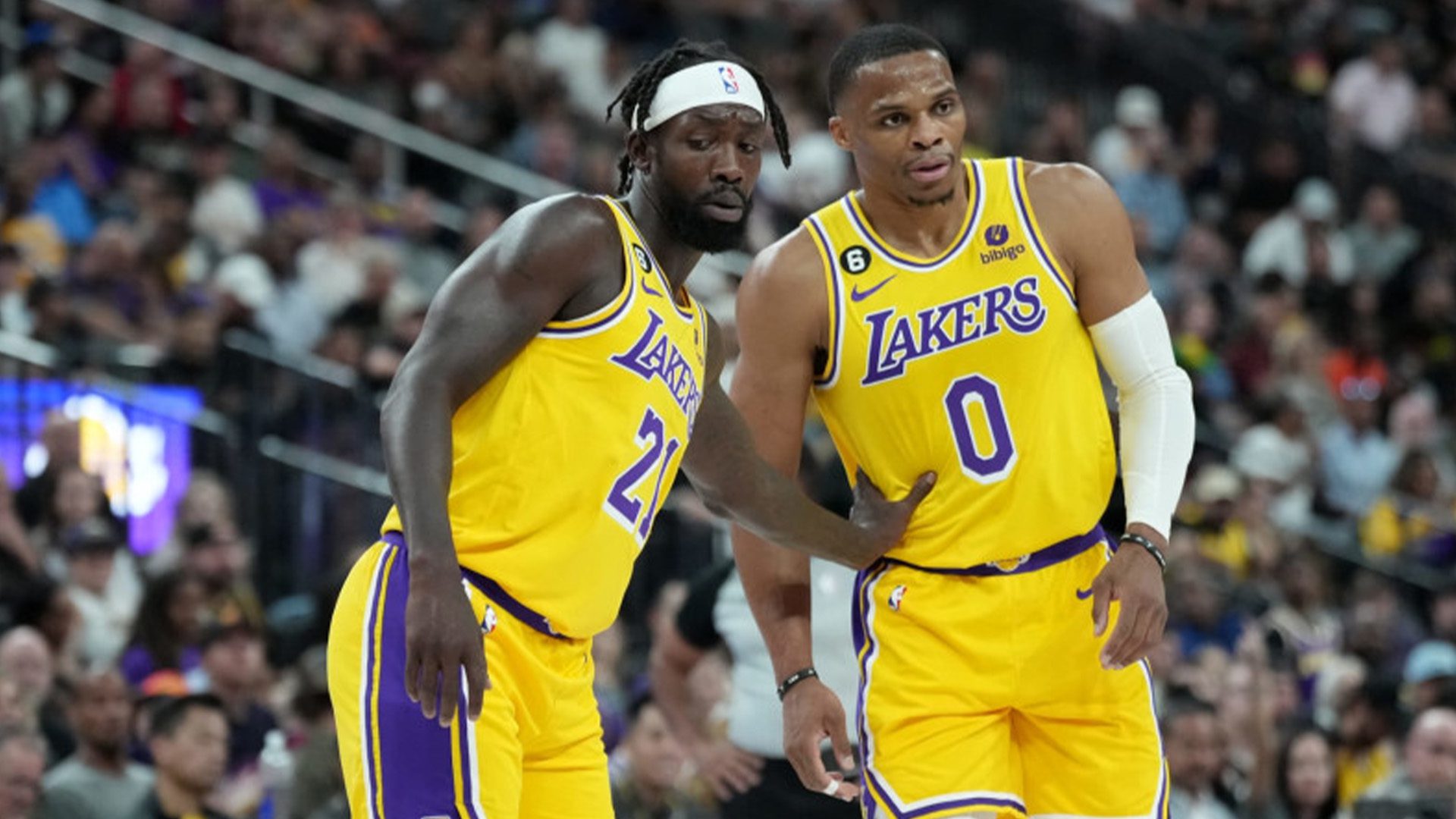 The Los Angeles Lakers are considering three different trade options with the upcoming December 15 trade date looming, per The Athletic. Let’s take a look at all of them.

Option one is to trade Russell Westbrook, plus a pick or two, for a star or multiple players.

The point guard is averaging 15 points, 5.2 rebounds and 7.2 assists per game.

He has been a much better fit compared to last season as it seems he has embraced his new role coming off the bench.

The 34-year-old has become a far more selfless player in recent games and head coach Darvin Ham said his energy helps his teammates. “I mean, it just motivates the guys,” Ham said.

“The guys love to see Russ do well, you know, he’s a beloved teammate.”

The 2017 NBA MVP said recently he is just trying to enjoy playing.

“Just hooping,” Westbrook said. “That’s it. That’s all. Each and every night just try to have fun, embrace and enjoy the game.”

Option two is to package Patrick Beverley, Kendrick Nunn and picks (one first-round and/or multiple second-round picks) for role players who can upgrade the roster.

The Lakers acquired Utah Jazz guard Beverley in a trade in August in exchange for guard Talen Horton-Tucker and forward Stanley Johnson. In August 2021, Nunn signed a two-year, $10 million contract.

Beverly takes up $13 million dollars while Nunn takes up just $5.3 million of salary this year and although these aren’t huge contracts, if packaged together the Lakers could nab a player or multiple players in the $20 million dollar range.

The pair certainly haven’t been performing to their full potential. Despite playing 20 plus minutes, Beverly is only averaging 4.2 points, 3.9 rebounds and 2.7 assists per game. While Nunn is recording 5.8 points, 1.4 rebounds and 1.3 assists.

The fact that LAL are desperate for more size on the wing and for a big man to compliment Anthony Davis, as well as their abundance of small guards, means that Nunn and Beverly are trade options that makes sense.

Option three would be two separate deals of Westbrook with one first-round pick and a second deal using Beverley and Nunn.

The Lakers are leaning toward option two or three at this point, reportedly.

“That would entail making a smaller move to marginally upgrade the roster while retaining the possibility of following up with a larger Westbrook deal later in the season,” The Athletic’s Jovan Buha reported.

The Lakers weren’t able to make the playoffs last season, ​​finishing 11th in the Western Conference with a 33-49 record.

They were unable to do much season either, because LeBron James ($44.5 million), Davis ($38 million) and Westbrook ($47.1 million) are taking up much of the cap.

The Lakers have won six of their last eight but still sit 13th in the Western Conference as they have lost 12 games. Their upcoming schedule will be a difficult test as they face the Bucks, Wizards, Cavs, Raptors and 76ers, with three of those being top five teams in the East.