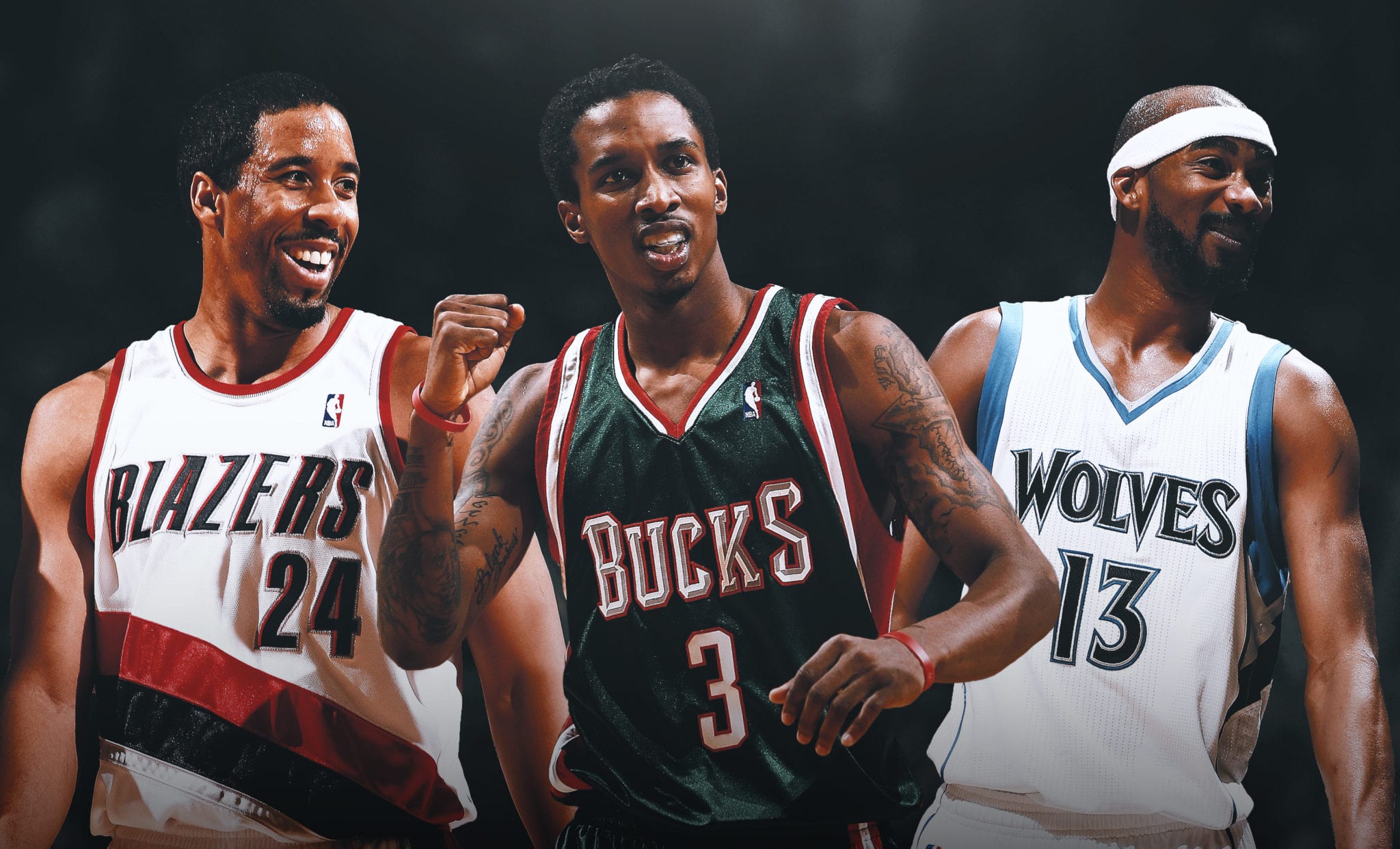 This article was originally published on March 26, 2020.

We can all think of times when superstars like Michael Jordan and Kobe Bryant went off for 50-point games.

But where were you on the nights Andre Miller and Corey Brewer rained holy hell upon all comers and joined the 50-point club in the process?

It’s easy for these sorts of feats – completed by some of the most unheralded and unassuming players imaginable – to get lost in history.

So, we’ve written this article to make damn sure that they don’t.

Early in his much-hyped matchup with fellow prized rookie Steph Curry in November 2009, Brandon Jennings missed his first three shots and was benched for the rest of the first quarter.

But instead of dropping his head, Jennings bounced back and dropped 55 points instead.

He scored all of his points across the final three quarters, and 29 of them came in the third quarter.

And this was just his seventh NBA game!

Jennings’ 55 point night was powered by some absolutely deadeye three-point shooting, the young Buck hitting seven of his eight attempts from beyond the arc.

Safe to say that Curry’s 14 points looked a little vanilla in comparison.

And yet, in the years to come, Curry would become a back-to-back MVP winner and Jennings would be out of the league before his 30th birthday.

Terrence Ross has always been a case of unrealised potential, but for one nightly only, he realised the f*ck out of it with a 51-point explosion which tied Vince Carter’s franchise record.

Crazier still was the fact Ross was averaging just 7.4 points per game at the time, the lowest among all players to ever drop 50.

Also, his previous career-high was just 26, tied for the lowest ever among members of the 50-point club.

Andre Miller was mostly known for his abilities as a distributor, not a scorer.

But on this particular night, a 34-year-old Miller was a bucket-getting machine, using his old man game to squeeze 52-points out of the unsuspecting Dallas Mavericks in an emphatic overtime victory.

Miller was fantastic all night, shooting 22-31 from the field and incredibly reaching the 50-point mark with only one attempted three-pointer (he made it).

Tony Delk averaged less than 10 points per game for the majority of his career, and yet back in 2001 he decided to drop 53 on his old team (he did it on their home floor too).

Delk was averaging just eight points per game at the time, the second-lowest among all players to ever score 50 plus points.

Incredibly, he didn’t hit a single three in the process and never topped 27 points outside of that one glorious night.

Corey Brewer might be bouncing around the league on 10-day contracts these days, but for one night in 2014, he was a 51-point assassin.

Dude just kept on scoring until he had the Timberwolves franchise record.

His performance left everyone so shocked that even now people are double-checking the box score to make sure they read it correctly.

On that particular night, Brewer joined Michael Jordan, Allen Iverson and Ricky Barry as the only players to register at least 50 points and six steals in the same game, and became just the sixth player in NBA history to score 50 or more points without having previously scored at least 30 first.

Just one year after the undeniably random Corey Brewer broke the Timberwolves’ franchise record with his 51-point game, another total rando in Mo Williams broke it again.

Williams’ offensive outburst against the Pacers came completely out of nowhere; he was 32 years old and averaging just 11 points per game at the time.