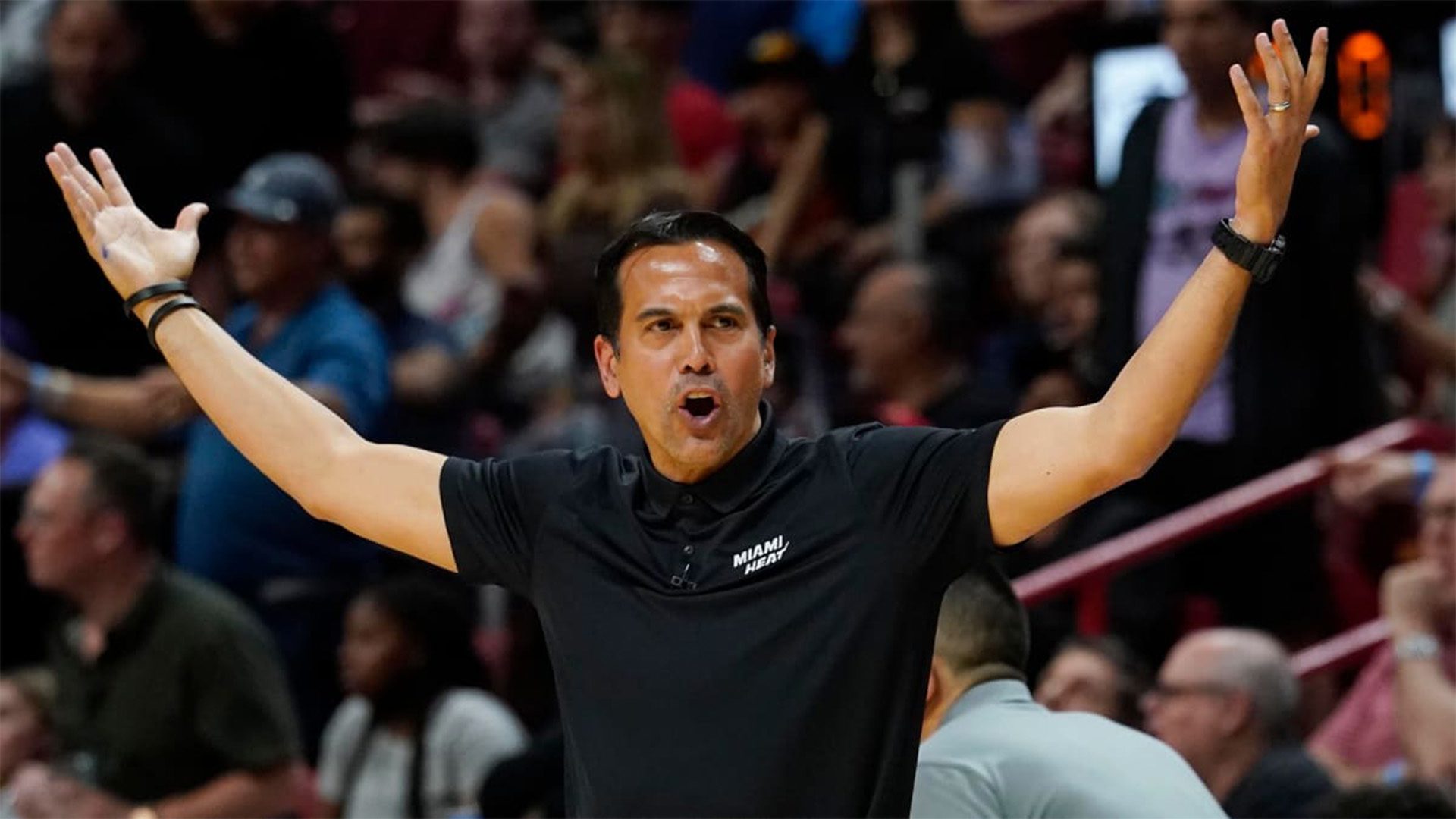 The Miami Heat are, unfortunately for them, not hot. They are in the middle of a frustrating four-game losing streak and head coach Erik Spoelstra has publicly declared his wish for his injured players to get out on the court with a limp and give it their best shot.

You can see why his pleas make sense, considering he has ELEVEN players out at the moment. Most notably, Tyler Herro, Jimmy Butler, Bam Adebayo and Duncan Robinson.

Heat’s Point guard Herro hasn’t played since November 5 but he is hopeful to make his return on Wednesday. Before injury struck, he was averaging 19.6 points, 6.4 rebounds and 2.5 assists.

Tyler Herro says he will return “soon.” Doesn’t want to deal with ankle issues for the rest of the year; hence, his waiting.

It really isn’t a good time for Miami’s stars to be out as they have a pretty hectic upcoming schedule. They face Wizards on Wednesday and again on Friday. Then Sunday is against the Hawks before two away games against the defending Eastern Conference champions Boston Celtics.