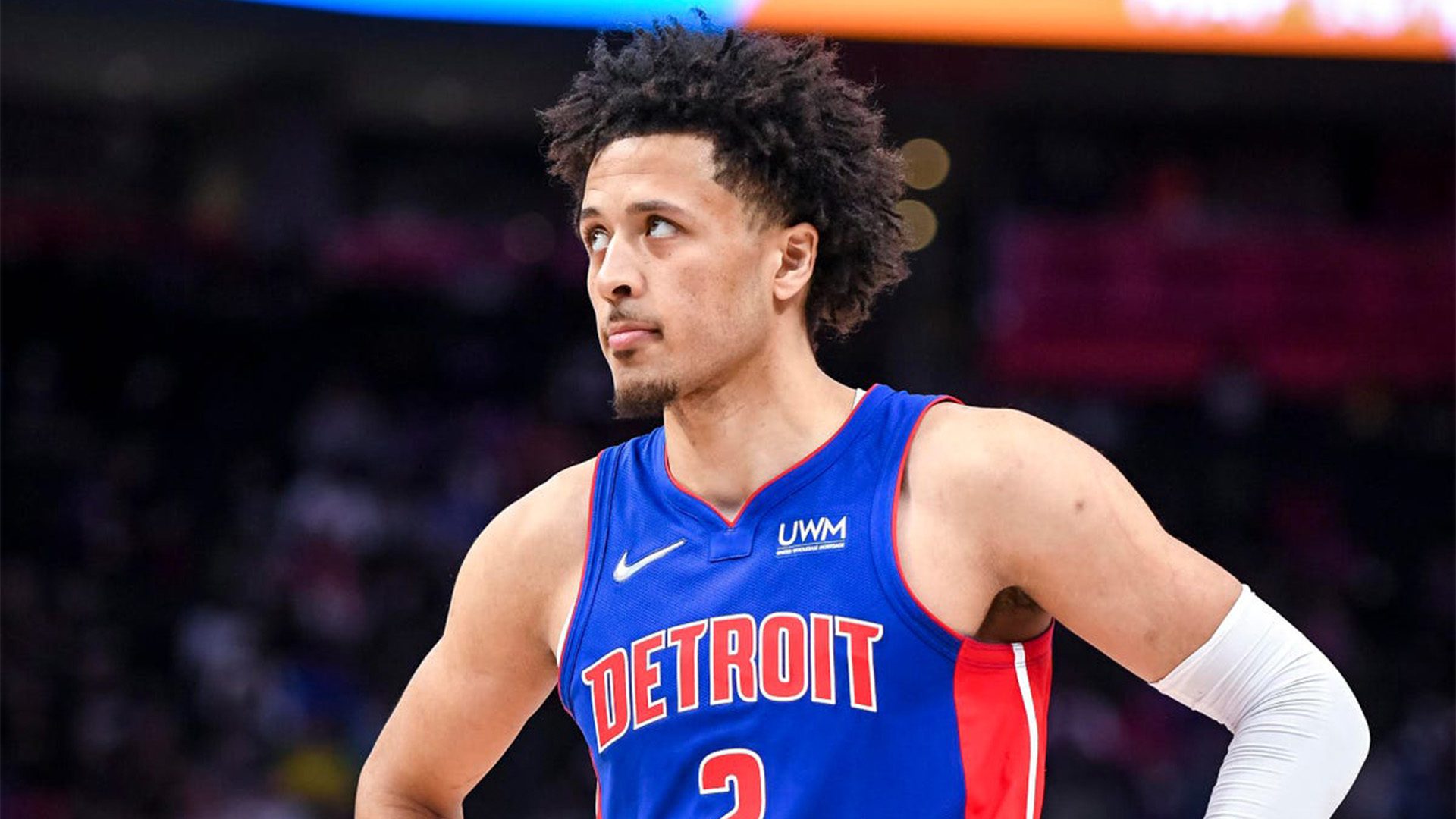 Detroit Pistons guard Cade Cunningham is feared to have a stress fracture in his left shin and is out indefinitely as he weighs up rest or surgery, James L. Edwards III of The Athletic reports. Both would sideline him for an extended period of time, which means the Pistons could be in big trouble.

Alarmingly, Detroit are 3-9 with their 2021 number one draft pick playing and are winless without him. He has been out since November 9 with an injury to his left shin and starters Saddiq Bey and Isaiah Stewart are also out injured, though thankfully, not for an extended period like Cunningham.

The injury dates back to last season, where he experienced soreness in his left shin and although he has tried to play through it to keep his team in the winner’s circle, the level of discomfort has increased.

Cunningham’s early years have been hampered by injury somewhat, after his debut with the Pistons was delayed by a preseason ankle injury. It was a slow burn for Cunningham at the beginning but he ended his rookie season strongly, averaging 17.4 points, 5.5 rebounds, 5.6 assists and 1.2 steals per game and was awarded MVP honors in the Clorox Rising Stars competition.

It’s not all bad news for Detroit because this means some of their even fresher players will get a chance to show what they’ve got. Like Jaden Ivey, who now has a chance to inject himself further into the team’s offense. He’s their third-best scorer, after averaging 16.8 points, 4.8 rebounds and 4.1 assists per game.

The number seven pick in the 2020 Draft, Killian Hayes has also been playing more minutes in the absence of Cunningham. He played 40 games last season, averaging 25 minutes and this season has already played in 18 games and is playing 22.3 minutes per game.

In the month of November, he’s averaging 9.2 points, 4.0 assists, and 2.4 rebounds per game. It looks like we’ll be seeing a lot more of Hayes, who is expected to remain the Pistons’ starting point guard, Shams Charania of The Athletic reports.

If the Pistons do continue on the same trajectory and finish the season with a poor record, it may not be the worst thing. It would present them with a 14 percent chance to secure the number one pick in the NBA 2023 Draft in June if they finish in the bottom three. This would be a particularly good year to do so because it means they would get the chance to select Victor Wembanyama, who is being touted as one of the greatest draft prospects since LeBron James.

Another reason the bottom of the pile wouldn’t be so bad is because top guard prospect, Sterling ‘Scoot’ Henderson expected to be the number two pick, will also be in the mix. He joined the G League at just 17 years of age last season and displays an impressive skill set, with his on-court decisions making him seem more like a veteran than a rookie.