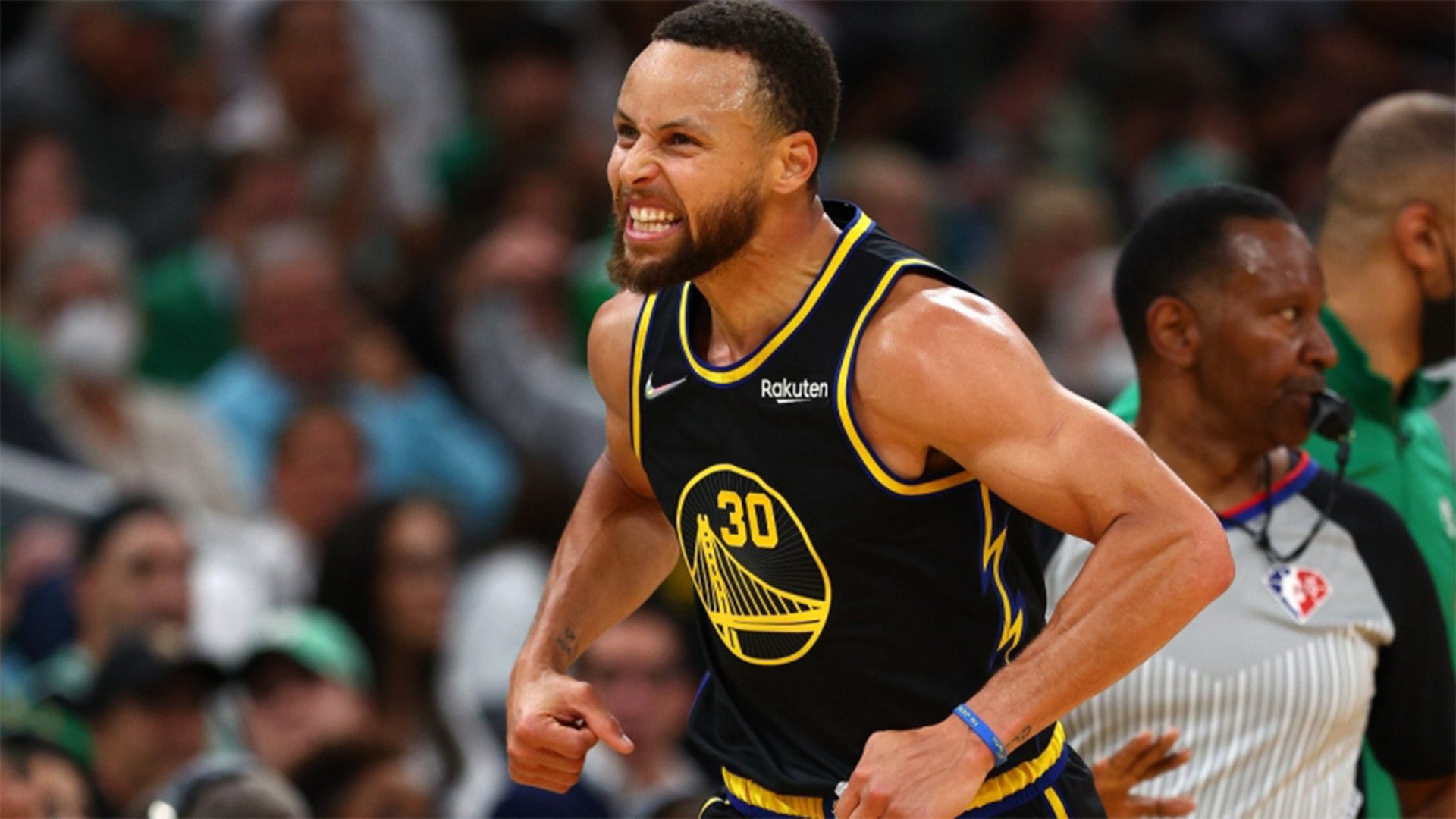 Steph Curry is a showman. We all know this. He LOVES to hit a crazy shot and show the other team who’s boss. But usually he reserves this side of himself until the second half.

One of the only times we have seen him try to big-dog his opponents as well as the crowd, was in the first half of Game 4 in the 2022 NBA Finals in front of a sold out crowd at TD Garden.

Two nights after shaking off a foot injury in the Warriors’ Game 3 16-point loss, two-time league MVP Curry shot his way to his third-highest scoring total in the postseason and he made sure to let every Boston fan know of his intention early on in the game.

“You see this fanbase go at one of your guys and constantly berate him and cross the line and do all that type of stuff and we lose Game 3 and you’re in that environment it’s like ‘holy sh*t, this is going to be a dogfight’.

“You knew that going in but this was different element of emotional response that we hadn’t really seen before so Game 4 was like, you know how big the game is, you lose that game…well first up, according to ESPN we were already 84 percent underdogs in the finals, so now to go down 3-1 we might as well just not even play after that.

“So you know how big the game is but then you get into the first quarter and we’re already down I think 12-4 or something like that. We slowly gained some momentum. I think we were down, I hit that one shot and I started yelling at the crowd I was like ‘ this is going to be a different motherf**king game’. I said that. My momma got mad at me cause of my word choice and I was like ‘you’re right’ but I was just unleashing a different level of, like ‘I’m here, were here.’”

43 days from the regular-season
we look back at Steph's 43
in Game 4 of the NBA Finals ⚡️ pic.twitter.com/fwtOTdp5QI

“He wasn’t letting us lose. That’s all it boils down to,” Warriors big man Draymond Green said of his teammate after the momentum-inducing win. “I could tell in his demeanor, last couple of days, even after Game 3 that he was going to come out with that kind of fire.”

34-year-old Curry took motivation from the struggles of the three years before the championship win. The fight to make the play-in tournament in 2020-21. Failing to advance to the first round of the 2021 playoffs. The injuries of teammates like Klay Thompson and even himself.

He even questioned his own ability and his teammates ability to get the job done once they reached the finals last season: “…you believe you can get there but you really don’t know cause it’s a new crop of guys, it’s the older version of us and there’s just a lot of question marks and you stay in the moment, plot your way through it, play at a high level, get to the finals.”

Between Curry, Green, Klay Thompson and Andre Iguodala it was their fourth NBA title win after they had the first three in 2015, 2017 and 2018 with Golden State. Curry says there’s a reason they play like a dog with a bone.

“A lot of people talk about just the way we played, like it’s free flowing and it’s poetic and there was a lot of movement and high level skill and all that, but we have the most competitive guys,” Curry explained.

“Draymond complemented Klay. Klay is like one of the most competitive guys that I’ve ever played with because he wants it so bad and Draymond the same, I’m the same, Andre’s the same,” he said. “So it just required another level of response from us.”

“I kind of manifested a three-game run that was for the books and Game 4 is definitely my favorite game of my career because of the stakes that were a part of it and the fact that if we lose that game, who knows if we ever have a chance to win a championship again.”