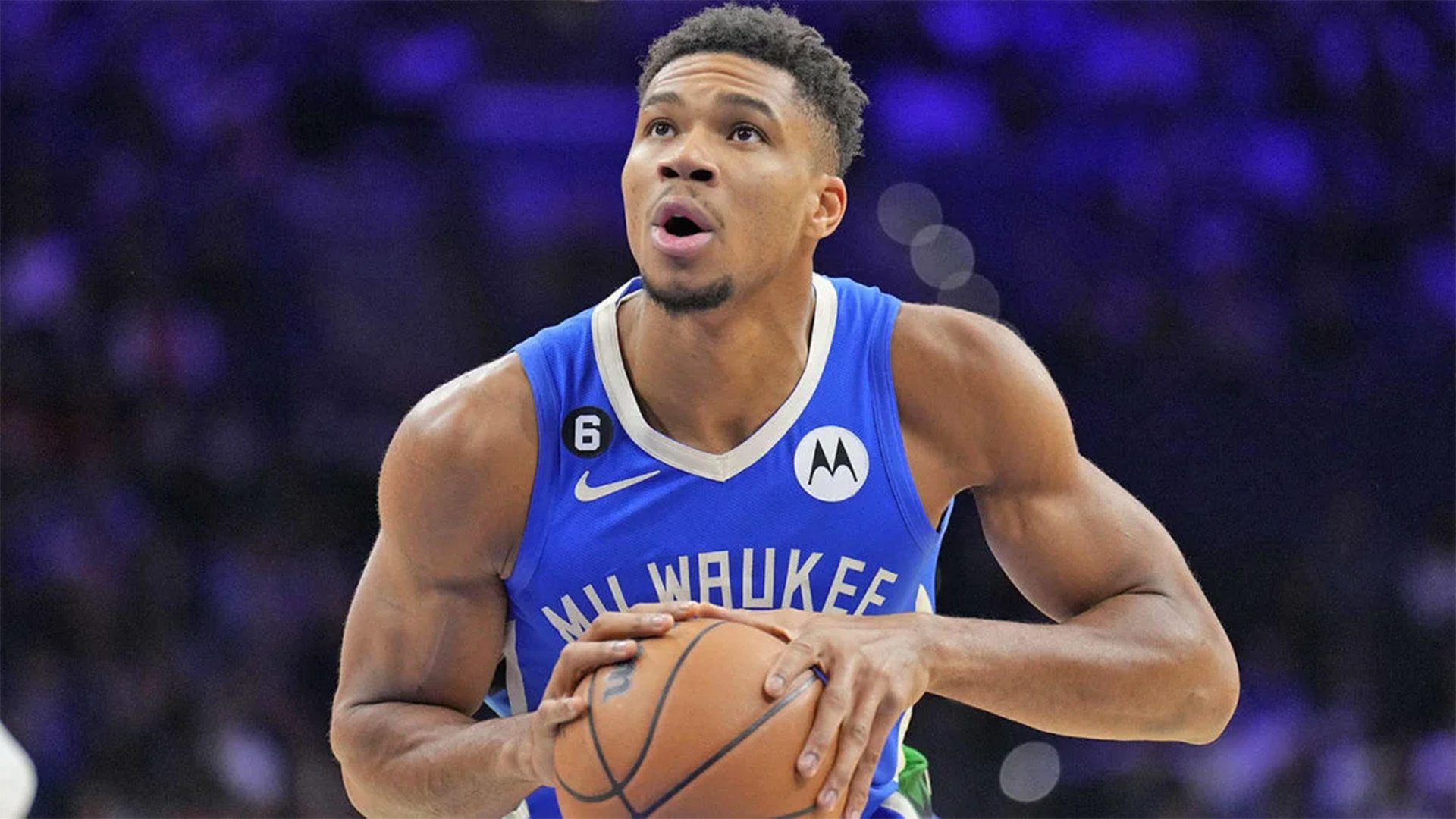 The internet blew up after a video of Milwaukee star Giannis Antetokounmpo emerged following the Bucks’ 110-102 loss to the 76ers on Friday night at Wells Fargo Center.

It looked as though Antetokounmpo exchanged heated words with an arena worker, flung a ladder away from the basket and it fell over as he tried to shoot free throws. 76ers reserve center Montrezl Harrell also became involved when he took the ball away from Antetokounmpo.

In his last two games, the Bucks power forward recorded his worst free throw numbers this season, shooting 4-11 at 36.4 percent against Cleveland and worse still, 4-15 at 26.7 percent on Friday. Before these two games his free throw percentage was at 62.7 (it’s now down to 58.7). Two off nights in a row is almost unheard of for the 27-year-old.

So, naturally, he wants to practice his shooting, which is what he did on Friday. Antetokounmpo made seven free throws in a row (which is part of his routine of making ten shots every time he is on the court shooting around). Once he had shot his eighth, Harrell became involved and took the ball off Antetokounmpo and wouldn’t give it back.

“I respect every player,” Antetokounmpo said after the incident. “I know some players don’t play now, they want to get some extra work, want to work on their skills and stuff, and I said, obviously we can shoot together. They said, they told me no, this is their court, I should leave. I was like, I have three more free throws, I was at seven, I want to try to make ten in a row. I shot my eighth one. Came and took the ball away from me and I was very surprised. I feel like it’s very unprofessional. I would never take the ball away from a professional athlete when he’s trying to do his job.”

Giannis’ older brother, Thanasis Antetokounmpo then tried to speak to Harrell at the other end of the court which ended with Harrell leaving the court with the ball so Giannis went to the Philly locker room to get two more.

Montrezl Harrell had some words for Thanasis Antetokounmpo

“At the end of the day people are going to make things look the way they want it to look. “Did I mean to push the ladder all the way down? I totally did not. I just tried to, I think I pushed it and it got caught and fell. But people are going to make it look the way they want it to look. I know what happened. I think there’s cameras all over this court. We can show the whole incident from people coming and getting the ball, people getting in my face. I don’t want to get into all those things.

“I don’t know if I should apologize because I don’t feel like I did anything wrong, except the ladder just fell. I feel like it’s my right for me to work on my skills after a horrible night from the free-throw line. I think anybody in my position that had a night like me would go out and work on his free throws. And if they didn’t, they don’t really care about their game.”

The behavior is very much out of character for Antetokounmpo, who has been known to be respectful of his team mates, coaches, fans and opponents since he debuted in the NBA in 2013.

“I respect with the best words about any player whenever I’ve been asked. Or I’ve never disrespected an opponent coach or a coaching staff,” Antetokounmpo said. “Or whenever I shoot and finish my routine, from my rookie year until now, I always shake every ball boy’s hand and make sure I thank them for the work I do because I know it’s hard to do their job chasing balls over and over and over again and make sure they’re okay.”

When reporters asked him about his poor free throw shooting and what the cause was, Antetokounmpo was frank: “I’m just not making them,” he said. “Simple as that. I don’t think there’s no issue. The ball is not going in.”

Antetokounmpo will be relieved to know the Bucks now have four consecutive games at home, so he should be able to practice free throws postgame uninterrupted. Their next game is against the Portland Trail Blazers on Monday night, who will be without their prolific scorer Damian Lillard.