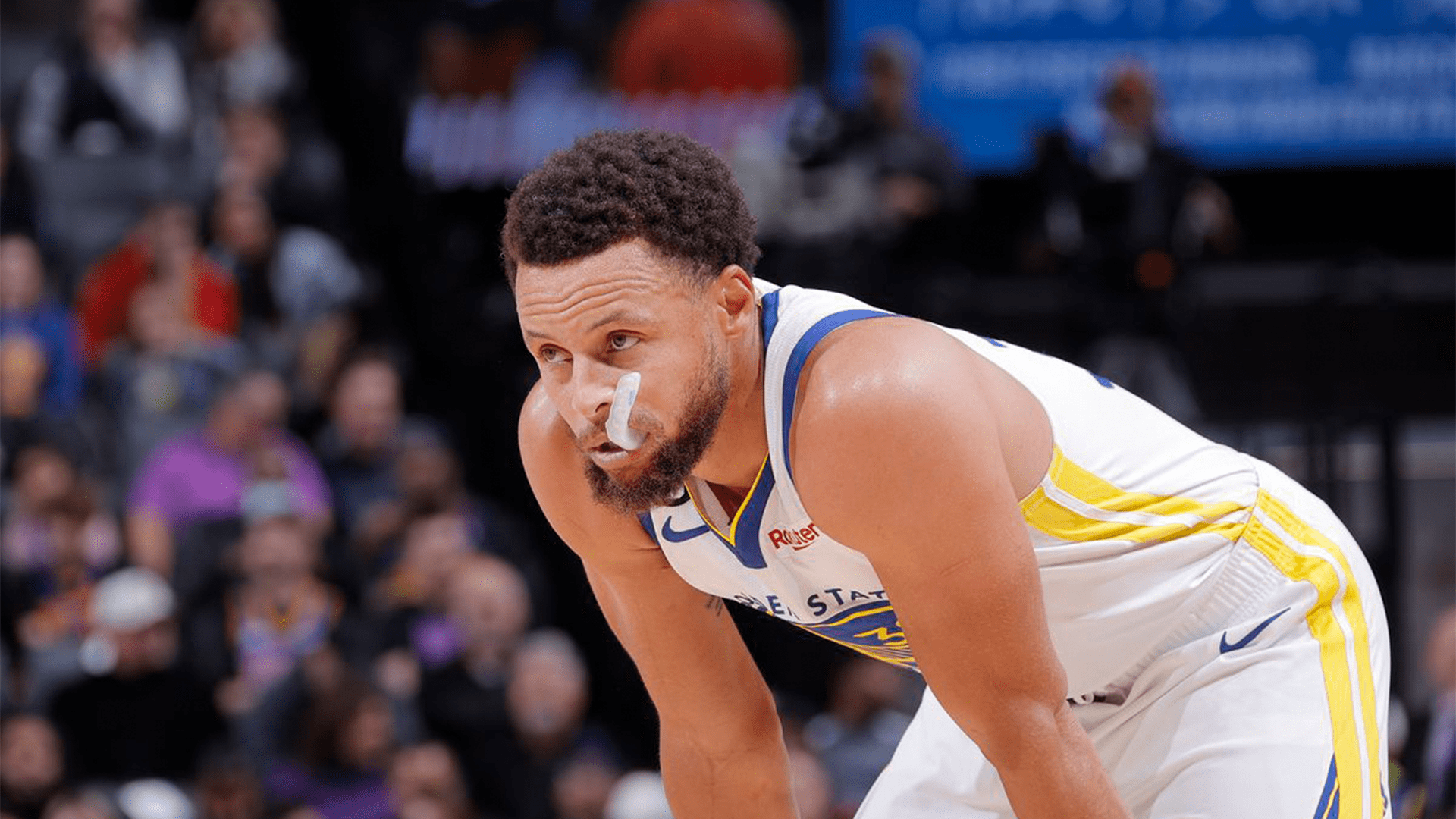 The Golden State Warriors are now 12th in the West and 0-8 on the road, and surely something has to give? Their most recent defeat, a 130-119 loss in Phoenix, was especially worrisome considering the Suns were without Chris Paul.

Since their first road game on 25th October, they have lost to the Suns, Hornets, Pistons, Heat, Magic, Pelicans, Kings and Suns.

Steph Curry is absolutely carrying the team and had a season-high 50 points against Phoenix, becoming the first player in the Western Conference to record 50 in a game this season. It was his 11th 50+ point game of his career, passing Kareem Abdul-Jabbar (10) and tying Allen Iverson (11) for the 9th most 50+ point games in NBA history. He was also shooting at 60.7 percent from the field and 63.6 percent from three.

In their championship-winning 2022 season, Curry averaged 25.5 points, 6.3 assists and 5.2 rebounds in 64 games and won his first Finals MVP award.

It is a worrying sign that even when he is dropping crazy points, his team STILL can’t win games. He knows something needs to change before it becomes a real problem:

“Losing becomes habit if you don’t fix it,” Curry said after the Suns loss. “We’ve avoided that for a very long time in terms of that creeping into the locker room and losing mentality. I think we’re very aware of who we are, what our potential is, the fact that you can’t stay in this kind of vibe or mode for too long and not really prove that you can be that type of team.”

It hurts to write this but Klay Thompson has been lackluster, after recording 19/5/2 on 6/17 shooting on Wednesday. In the first half he was defending Devin Booker and for the most part was not effective at all in shutting him down.

Now of course, Thompson has come back from TWO massive injuries – a torn ACL in his left knee three and a half years ago and a torn right Achilles two years ago – and he must be given credit for that. The mental toughness to spend 941 days on the sideline would have been unimaginable. Not to mention the head noise once you actually return to the court, trying to think about playing well and not re-injuring yourself.

When he did make his comeback last season he was posting better numbers than he is now. “I actually looked at my numbers leading up to Game 1 of the Finals,” Thompson told ESPN. “If you look at my stats on paper, you would’ve never guessed I was hurt.

“…I feel like I deserve more credit for battling through all that injury s–t,” Thompson told B/R. “I helped a team win a championship last year and people still want to discredit what you do.

“You know what I’ve learned about that? You just can’t please everybody. But for myself individually, it’s about rediscovering that form of efficiency and that two-way play that made me great. And I feel like I’m well on my way there.”

It is only very early on in the season, there has only been 15 games played and there are another 67 regular season games to be played. I think people may be a little surprised as this is the worst start Thompson has ever had. He acknowledged he will never get back to his 2019 form, which is the best he has ever felt, but he is going to try and get close.

“I have no doubt in my mind I’ll get back to form,” Thompson said. “I was there last year. I was right there. We won a championship. And I have no doubt we’ll get back there. The proof is in the pudding. But there’s one more thing I’ll say: You can’t take away the hardware.”

It seems ever since he got punched by Draymond Green in training camp, he hasn’t done a whole lot off the bench. Besides his 36 points on 13-20 shooting against the Spurs he has been fairly unimpressive. He is averaging 16.1 points, 1.8 rebounds and 4.5 assists on 28.5 minutes so far this season.

It is interesting though that when Thompsoin was rested due a back-to-back for the Spurs game, Poole got off to a crazy-hot start, scoring 14 points in the first quarter on 5-of-6 shooting.

In the three games where he has started this season he’s averaging 28.7 points, five assists and 2.3 steals which begs the question, should he be starting over Thompson every game?

Draymond ‘Money’ Green started the first ten games of the season with a bang.

His scoring ability was reminiscent of a Green from five years ago after he averaged 9.1 points and 6.1 rebounds.

Obviously, Green is the heart and soul of Golden State and his passion on the court is unmatched, but he hasn’t averaged more than ten points since 2017.

He fits in well and understands the Warriors system to a tee but it’s hard to seeing him fit in on any other team. Even if he does opt out for leverage after next season, he probably won’t get the money he is after because no other team would pay as much for him as the Warriors do.

Coach Steve Kerr promoted Jonathan Kuminga to the starting five following a season-high 38 minute performance against the Pelicans where he notched 18 points.

Against the Spurs on Monday, he had his best performance of the season with 15 points, three rebounds and two assists on 5-8 shooting in 25 minutes. He took initiative, attacked first and asked questions later. He competed on the glass, as well as on the defensive end.

Someone like Kuminga is who the Warriors need to hang onto. If you teach him the right moves and right plays, his skill and athleticism will be second to none.

The 20-year-old was out with a non-COVID illness against the Suns which really hurt the Warriors bench.

Speaking of the bench, with guys like Damion Lee, Gary Payton II, Otto Porter, Tuscano Anderson leaving in the off-season it really makes you realize how valuable a team’s bench can actually be. Payton II’s defense coming off the bench was immeasurable for the Warriors and Otto Porter’s injection just worked SO well and without players like them they may continue to struggle.

GARY PAYTON II BLOCKED JOKIC AND DID SOME PUSH-UPS 😤 pic.twitter.com/XQZwnJm3C0

Now, it’s not to say the Warriors haven’t been here before. The Warriors finished the 2019–20 season 15–50 in last place in the Western Conference.

During the 2020-2021, they recorded an improvement of 39-33 and finished eighth in the Western Conference.

Then, in 2021-22 they were 53-29, finishing third in the West and as we all know won the Championship when not many people gave them a chance.

In 2020-21 the team were average in their defense during their first 15 games but certain players stopped them from having a worse defensive rating later in the season. These were players like Kent Bazemore and Kelly Oubre, who fit within the Warriors’ favored rotation of versatile wing defenders, one that allowed them to have small and switchable lineups. This helped them finish as a top-five defensive team that season.

This season, after 14 games, they are ranked 22nd overall in defense and are the seventh-worst team in the league at the rate of opponents’ misses with a 69 DREB%. Without going to the effort to crash the boards defensively and make a stop, there’s not much point in making your opponent miss. Their overall defensive rating is 114.1, the fourth worst in the league.

Last season, Green had the lowest defensive rating in the team of 102.6, while Kuminga’s was top four with 107.8 in limited minutes.

Kerr has made excuse after excuse for his side, at first saying they needed time to gel, they were still finding their feet, they needed to uncover their identity. Steve, my man, how long is it going to take?

He is clearly frustrated and on more than one occasion has likened their form to “a pick-up game” in postgame interviews.

“There’s no collective grit. We lack grit right now,” Kerr said following the Suns game. “When you don’t have grit, the game is really easy for the other team. These are NBA players. They spend all summer shooting thousands of jump shots just like our guys do. When those jumpers are easy and the game is easy and they don’t feel any physicality, it’s a Drew League game.”

Having veterans like Thompson, Curry and Green on big money certainly hinders the Warriors’ ability to sign any big name players and get Curry the help he so clearly needs (and deserves). The three of them are making a combined $114.40 million this season.

The Warriors are also paying a HUGE $170M in luxury tax alone – the most in NBA history by far – and all it’s got them so far this season is the 12th seed.

They’re going to have to find players like Andrew Wiggins. From when he failed to live up to potential after being drafted as number one pick at Minnesota in 2014, he has come a long way.

In 2020-21, Wiggins’ first full year with Golden State, he had more defensive win shares (2.7) in 71 games played than he did in the previous two years combined (2.4). Now he is earning $33.6 million per season and was a shining light for the team last year. Unfortunately, you can’t find players like this everyday.

As a Warriors fan, I am calling it. It’s going to be the end of an era for some amazing players. If the Warriors produce more than two disappointing seasons in a row, it may be time to start prioritizing the young talent.

Of course they will keep Steph playing for as long as they possibly can but as for players like Green and Thompson, it may be time for them to ride off into the sunset. I say that with the utmost love and respect but seriously, it will soon be time.