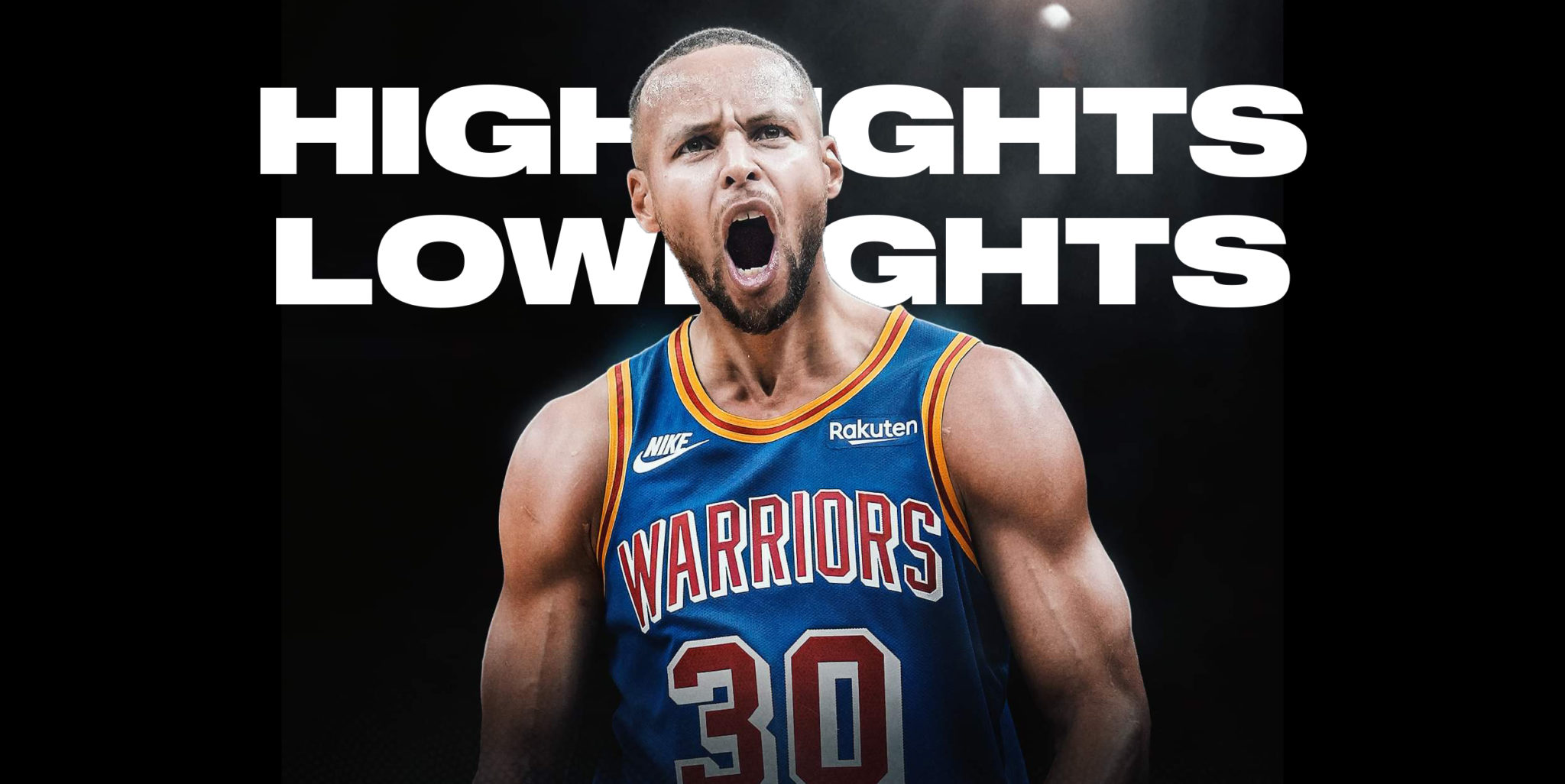 We give you the best and worst performing teams, players and any crucial injury news after the most jam-packed, one-day NBA schedule since April 13th 2011 (during the start of the lockout season).

The Hawks have beaten the Bucks 117-98, handing them their first loss of the season and doing it all without Trae Young. Atlanta’s shooting guard Dejounte Murray stepped up in a big way and posted 25 points, eight rebounds, 11 assists, three steals and three 3’s. Hawks rookie AJ Griffin was also dominant, posting 24/4/1 with three steals on 67% shooting, as well as a game high 28 points.

The Golden State Warriors can breathe a sigh of relief today after winning 116-113 against the Sacramento Kings. It is safe to say Steph Curry took his team and absolutely carried them on his back, after he posted 47 points, eight rebounds, eight assists and shot 70.8 percent from the field. The game was tied at 107 apiece with 1:24 left on the clock when Curry made a 28-foot step back jumpshot for the Chase Center to erupt.

STEPH CURRY FOR THE LEAD AND HE HAS 43 POINTS 🔥 (via @warriors) pic.twitter.com/QlYo6Z4AyS

KD Throws Rare Misses to Give Dallas the Victory

Dallas won 96-94 over the Brooklyn Nets, but the Nets didn’t go down without a fight. Free throws from Luka Doncic and Kevin Durant saw the scores go to 93-94, with the Nets still trailing by one with 11 seconds. Durant had a chance to tie up the game with 0.5 seconds left when he was fouled and took three free throws but missed his second and third, breaking a 62-straight made free throws streak – he hadn’t missed one since October 26.

Bench players Tim Hardaway Jnr. of the Mavs left the court with a hip injury and didn’t return, as did Nets’ Yuta Watanabe with an ankle complaint.

The Boston Celtics have won 109-106 over the Memphis Grizzlies in a game that could have gone OT. Desmond Bane took a three with 03.05 left to get his team to within one point but immediately Jayson Tatum was fouled and secured the W with free throws.

Bane now has the longest active streak with multiple made threes in a game – which he has done for 26 games in a row. He is also number one in the league for catch-and-shoot threes. Tatum was the highest-scoring for Boston with 39 points, while Memphis’ Ja Morant finished with 30 points.

The Phoenix Suns lost 100-88 to the 76ers after Chirs Paul was ruled out of the second half with right heel soreness. The Suns were down by nine at the break and were unable to claw their way back in the second. Paul had two points, two assists and two rebounds in 14 minutes.

Meanwhile, Joel Embiid returned for the 76ers after missing three games with the flu and recorded 33 points and ten rebounds.

Blazers Make It 7-3 and We LOVE Hart

The Portland Trailblazers have won 110-107 in a down to the wire game, where Josh Hart made a 23-foot three point jumper with 0.0 left on the clock to win the game. Hart also recorded nine rebounds and eight assists, while Jerami Grant and Afernee Simons combined for a total of 48 points.

In worrying signs for their opposition, it marks the fourth time Miami have lost on their home court this season.

JOSH HART FOR THE WIN 🔥 pic.twitter.com/1TTDEV9A0S

The Detroit Pistons have won their first game since October 30, notching a 112-103 win over OKC. Saddiq Bey scored his second most points of the season with 25 and shot 8/8 free throws.

Turner Turns It ON

Myles Turner finished with 37 points, 12 rebounds, four 3’s, three blocks and shot 61% from the field in the Pacers 129-122 win over the Pelicans – bouncing back after their loss to Atlanta on Saturday. Turner also recorded his 1000th block and is the second fastest to that mark in franchise history.

The Charlotte Hornets are 3-8 after they were unable to secure the win against the Washington Wizards, going down 108-100. But, they were led by a season-best seven offensive rebounds from Mason Plumlee, and equaled their season high with 15 offensive rebounds.