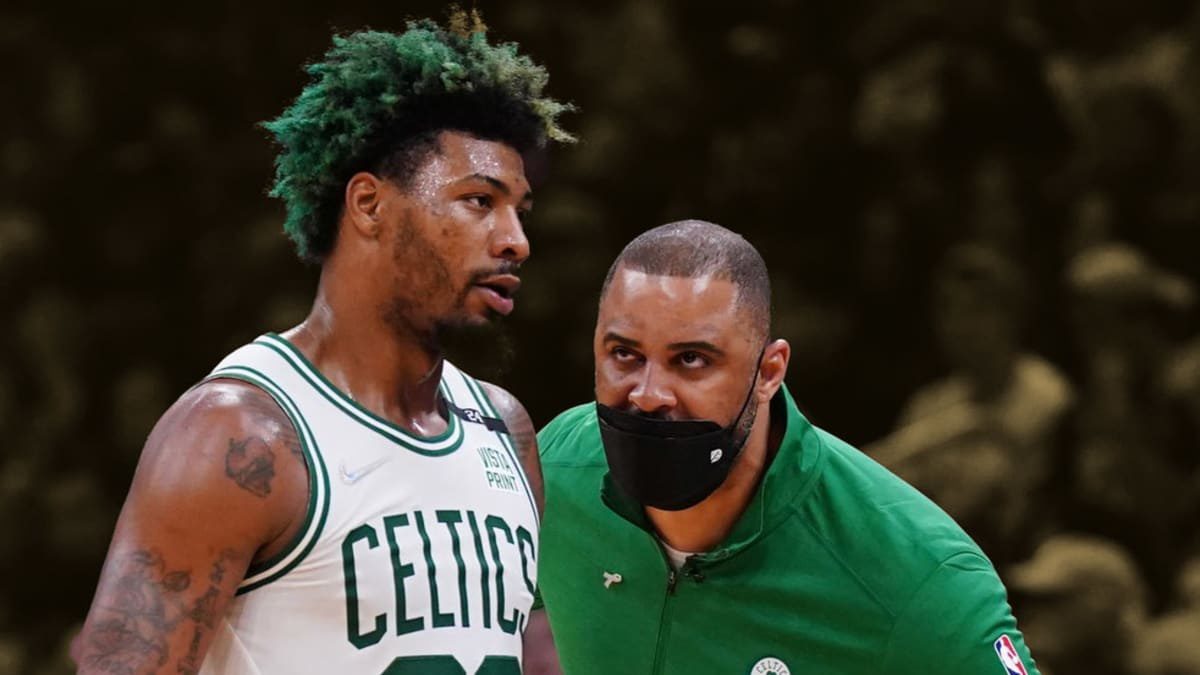 Marcus Smart is struggling to comprehend Ime Udoka joining the Nets just six weeks after the Celtics suspended him for the entire season due to his improper relationship with a subordinate.

“His name got slandered and slaughtered and it was, ‘He’ll probably never coach again,’” Smart told The Boston Globe. “And a couple of months later, now he’s possibly going to be the coach of one of our biggest rivals?

“It’s tough. It makes no sense. But we can’t control that. We have to control what we can and I love the team here. I love the coaching staff. I love Joe [Mazzulla].”

“Obviously we wish he was here. We have no control over that. It definitely sucks. I guess it was deemed that whatever happened was enough for him not to be the coach here, but I guess not enough for him [not] to be a coach anywhere else, obviously.”

Meanwhile, Jaylen Brown was supportive of Udoka getting a second chance.

“I’m just happy to see a Black head coach end up back on his feet because I’ve seen situations where something like this might not have been the case,” Brown said.

Udoka has not yet joined the Nets but a deal is currently being finalised, according to ESPN’s Adrian Wojnarowski.