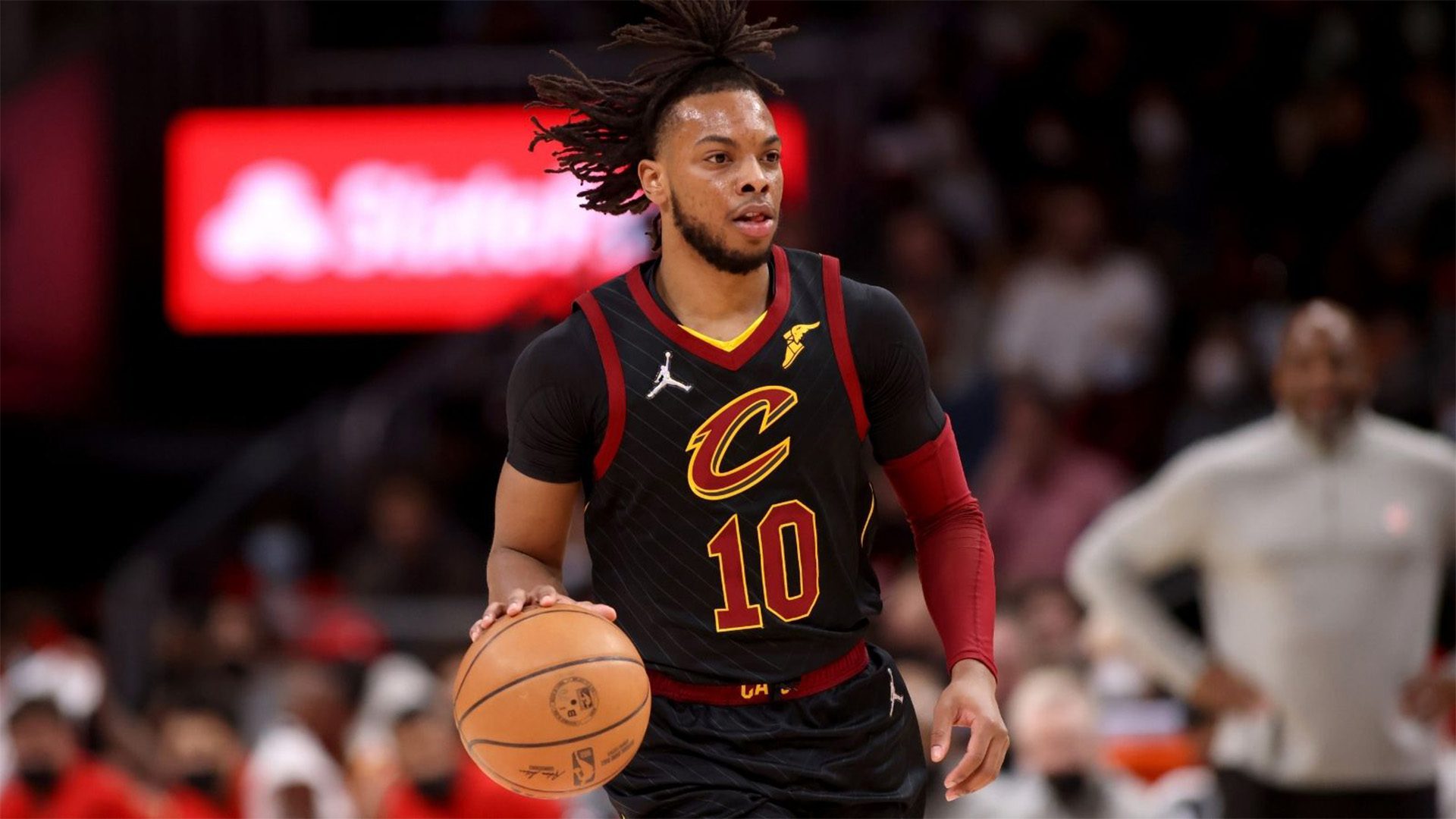 The Cleveland Cavaliers are 6-1 after beating the Boston Celtics 114-113 in OT on Wednesday night and the returning Darius Garland stole the show.

Garland made his return from an eye-injury sustained in their season-opener loss to Toronto and didn’t miss a beat: scoring 29 points, five rebounds and 12 assists. One of those assists included an alley-oop to Donovan Mitchell, which put the Cavs up 112-109 in OT with 03:43 left on the clock.

With 01:50 left in OT, Jarrett Allen made a two-foot dunk and Mitchell recorded the assist. From there, the Cavs held on to claim their second win over the Celtics in six days. Allen also had 14 rebounds and as many points.

“He really set the tone,” Mitchell said of Garland. “I can’t speak for everybody else, I just didn’t know what his rhythm was going to be like. He came out like he’s been playing with us this whole stretch.”

It was Garland’s first time playing in front of his home fans this season and after the game he spoke of the moment (in his first regular season game) when he thought a swipe across the eye by Toronto’s Gary Trent Jr. could have caused a long stint on the sidelines.

“I was super scared,” Garland said. “When it first happened, I rolled over, I felt blood coming out of my eye. So that’s when I got really nervous and I was ready for surgery in Toronto. I was expecting that. I was expecting stitches and being out a couple months. But by the grace of God, I’m here with two eyes now and I’m back and I’m healthy.”

A scary moment with a bleeding eye in Toronto, rehabbing for two weeks, light sensitivity and not being able to see dribbling to the right: Darius Garland details all of it for the first time after his sensational return to #Cavs. @basketbllnews pic.twitter.com/OoyrrL0qyz

The Cavs will turn their attention to Saturday when they face the Detroit Pistons on their home court who are 2-7.