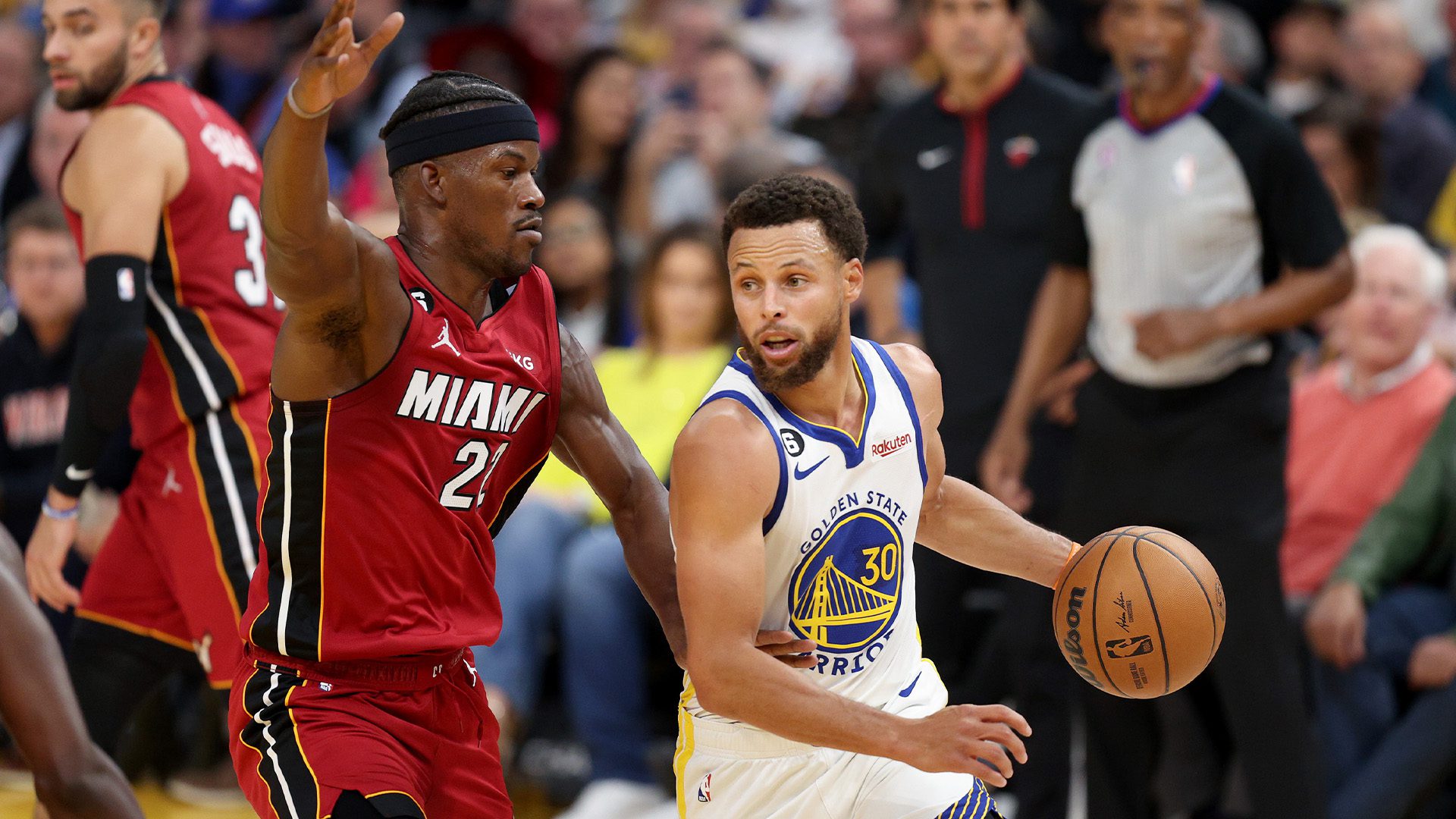 The Golden State Warriors’ winless away streak continues after they recorded their fifth loss of the season, going down 116-109 to the Miami Heat on Tuesday.

The score was kept close the entire game – the Warriors only pushing out to an eight point lead in the first quarter and Miami led by just two at the halftime break.

The Heat were in front by three with 01:39 remaining when Steph Curry shot a three to tie up the game and was fouled by Jimmy Butler. The call was overturned by the referees in a Coach’s Challenge to give Miami the advantage.

With 9.5 seconds left on the clock, it was none other than Butler up the other end who hit the game-winner.

Butler was arguably Miami’s best, posting 23 points, six rebounds and eight assists, while Max Strus and Bam Adebayo recorded 24 and 19 points respectively. Butler was quick to praise his teammates and the core group for setting them up for success: “As many years as he’s (Duncan Robinson) been in the league along with Max (Strus) and a lot other people on our team, so whenever we got those guys spacing the floor, making shots…their offence – it looks incredible,” Butler said.

“I think we took care of the ball decently well,” Butler continued. “We played together on both sides which is what we’re going to do win or loss…I still think we’ve got a long way to go but this is a start.”

With 07:07 on the clock in the second quarter, Heat guard Tyler Herro left the game after suffering a left eye contusion and did not return.

Curry, Andrew Wiggins and Klay Thompson combined for a total of 63 points but Thompson missed two jump shots within the final 01:06. His FGP was 36.8 and his three-point percentage was 33.3. Jordan Poole also had a forgettable night as he posted nine points and shot 14.3 percent from the three-point line.

Golden State coach Steve Kerr was pleased with his side’s effort compared with their previous seven games: “We knew they were going to be competitive like they always are but especially coming in there two and five and playing a home game,” Kerr said. “So we got their best punch in that fourth quarter and we just couldn’t quite close the deal but I’m really happy with our progress as a team and the bench stuff, the young guys – that’ll all play itself out. We’ll be okay.”

The Dubs play two more games before they return home, starting with the Magic on Thursday – who are 1-5 and the Pelicans the following day.