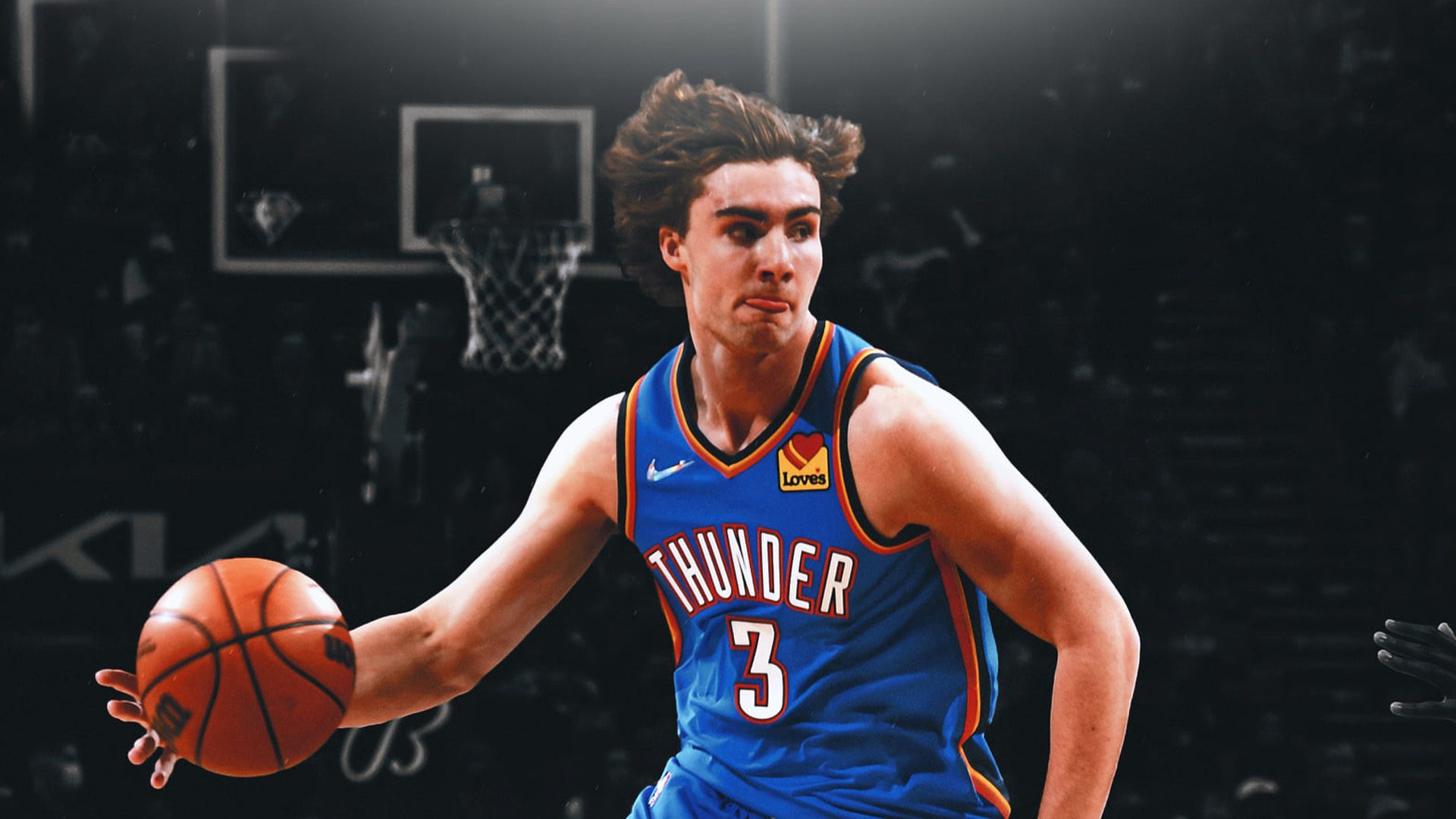 OKC Thunder star Josh Giddey will continue his sideline stint into tomorrow’s match-up against Orlando after spraining his right ankle in the first game of the regular season.

Giddey rolled his ankle against Minnesota halfway through the third quarter before heading to the locker room and did not return to play.

The 20-year-old had injury troubles last season but not before he became the youngest player in history to record a triple-double. He did this during his rookie season, while averaging 12.5 points, 7.8 rebounds and 6.4 assists in 54 games.

Giddey has averaged 14.3 points, 8.3 rebounds, and five assists per game so far this season.

OKC are brimming with young talent like guard Shai Gilgeous-Alexander, who led his side to a 117-11 win against Dallas in OT with a 38-point haul in their most recent game on Saturday.

Another young star in number two overall draft pick Chet Holmgren suffered a Lisfranc injury, which will see him sit out the entirety of the 2022-23 season.

In a recent feature, Holmgren remains upbeat about the rest of his year which includes a fairly grueling rehab schedule post-surgery, but the Gonzaga University graduate says he is ready for the challenge.

“At the end of the day, it’s going to come down to me versus me in a lot of situations,” Holmgren said. “I’m going to be competing with myself every single day – competing with my mind to get through this rehab process and come out even better on the other end. That’s what I plan to do. That’s my job.”

Current players such as Joel Embiid, Ben Simmons and Blake Griffin similarly missed out on their rookie seasons. Thunder says they see this time as a chance for Holmgren to get a feel for the league and get himself into the best shape possible before taking to the court – a unique opportunity that many rookies don’t get.

The 20-year-old will balance the year with rehab, bonding with his teammates, as well as connecting with the broader community in a town he’ll call home for the next four years.

“Everybody’s had my back through this, like I would for anybody else. It’s been great to get to know my teammates. We have a very rare locker room full of guys that all mesh,” Holmgren said. “Hopefully that continues, we can get to know each other better and keep building chemistry.

“I just want to be a great example for the other guys around me, all the staff in the building every day right alongside me, as well as everybody in the community.”