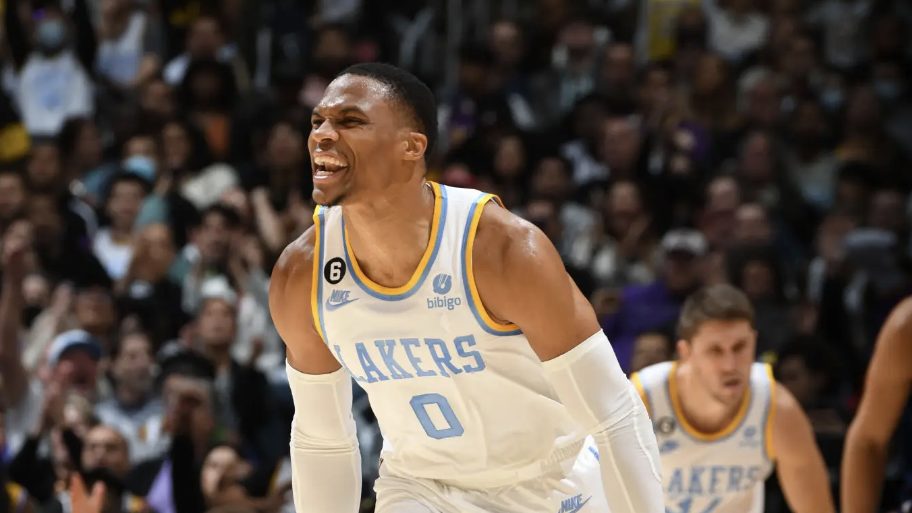 Russell Westbrook broke free of his horrific run of form on Sunday, excelling in all areas to help the Lakers win their first game of the season.

Westbrook put up 18 points, eight rebounds and eight assists as LA clinched a 121-110 win over the Denver Nuggets at home.

With that, at least some of the weight had been lifted from Westbrook’s shoulders, and it showed after the game. Instead of sparring with reporters, Westbrook instead spoke of the joy that his teammates brought him.

“I love seeing my teammates flourish,” he said. “I get a joy by seeing others do great. My whole career it lifts me up to see others do well and tonight was that night.”

Westbrook also stated he would never let anyone outside of his circle impact his enjoyment of the game.

“One thing that I never will let happen is people outside of my family, my people that support me, take my joy,” he said. “I always have fun and embrace this game and embrace the gift I’ve been given.”

The Lakers will return to the court against the New Orleans Pelicans on Wednesday.