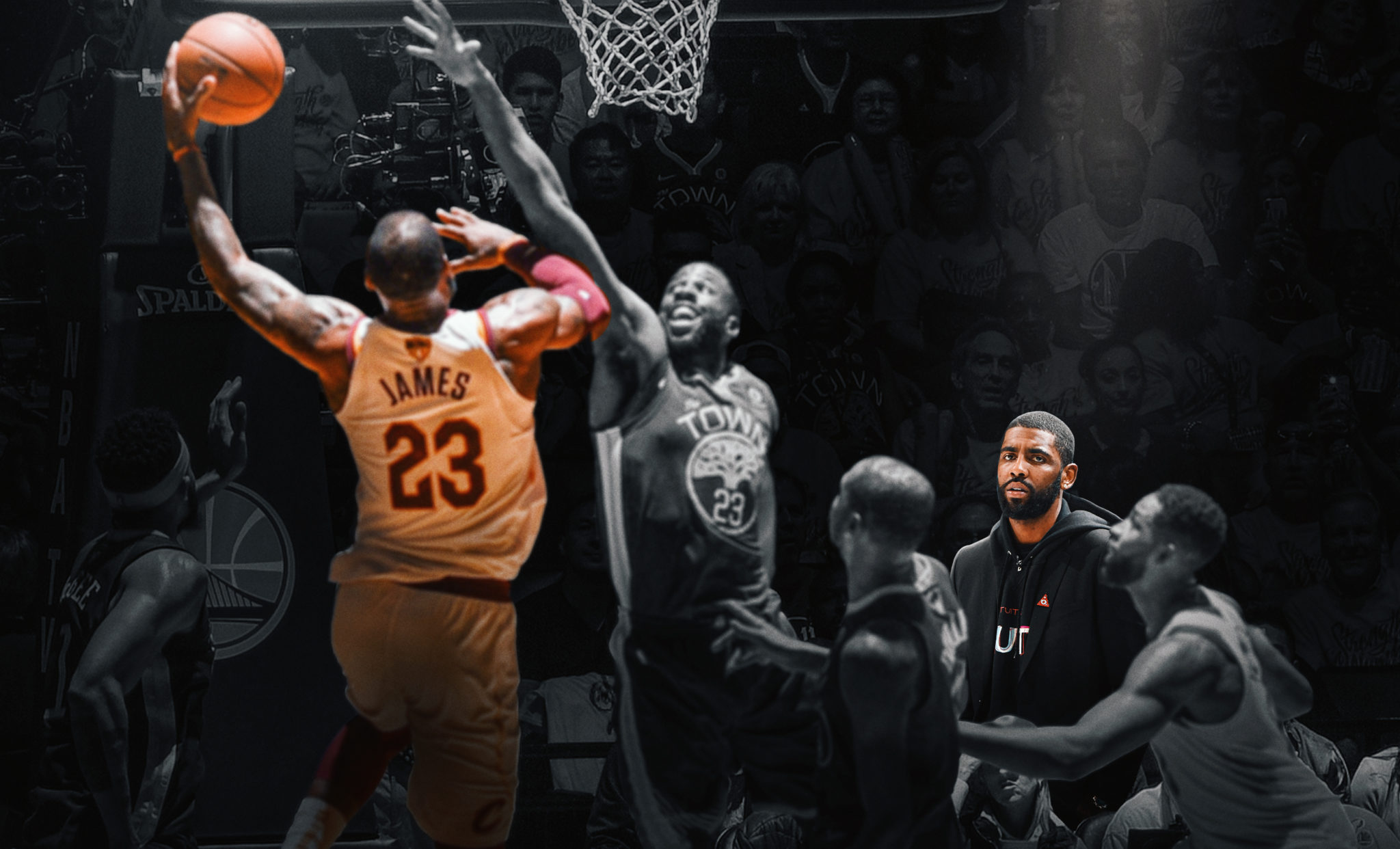 Kyrie Irving’s famous three-pointer in Game 7 of the NBA Finals should have been just the beginning. Already an NBA champion and one of the best players in the world at 24 years old, Irving had the world at his feet.

But just one year later, he wanted his own team, and to step out of LeBron James’ shadow. It was a fair request. There is only one problem: since leaving James’ side in 2017, his postseason campaigns have been a string of disappointments.

In fact, in two of his post-LeBron playoff series, Kyrie and his teams were completely embarrassed. In 2019, his Celtics lost four straight games to the Bucks in the second round. In 2022, his Nets were swept by Boston in the first round.

Record wise, Irving is 39-13 in the playoffs with James and 11-11 without him. Not everything that’s gone wrong has been Irving’s  fault, but he is far from blameless.

Since leaving LeBron’s Cavaliers five years ago, Kyrie’s scoring output has dropped off in the playoffs significantly when compared with his regular season production.

Take a look at the numbers:

Of course, the game slows down in the playoffs, so there tends to be less scoring overall. But Kyrie’s drop-off in scoring is so much greater than Brooklyn’s:

It wasn’t always like this though, the prime example being Irving’s championship-winning season in 2015-16 when he boosted his scoring average from 19.6 in the regular season to 25.2 in the playoffs, a huge 22 percent increase.

MENTALLY CHECKING OUT IN BOSTON

It all started so well in the 2019 playoffs. Up against the Milwaukee Bucks in the second round, Kyrie burst out of the gates with 26 points, 7 rebounds and 11 assists in an emphatic 112-90 win in Game 1.

But instead of that being the moment that catapulted the Celtics towards the conference finals, it instead proved to be the premature highpoint of their season.

Boston lost their next four games by an average of 16 points, crashing out of the postseason in disastrous fashion. Irving shot 30.1 percent from the field over that stretch, but even worse was his comical lack of defence that made it clear he’d checked out.

Taking it upon himself to be the leader of a young Celtics team all season long, Kyrie had publicly stressed to his teammates the importance of doing the little things. But he failed to do any of them himself when it mattered most, and the end result was a crushing playoff exit.

The theory that Irving had mentally checked out in Boston was soon confirmed when he left for Brooklyn the following offseason.

FLAMING OUT AGAIN IN 2022 PLAYOFFS

After an electric 39-point night in Game 1 of the first round last season, Irving once again crashed back to earth in Game 2 with 10 points on 31 percent shooting. He followed that with 16 points and nine assists on 6-17 shooting in Game 3, including 0-7 from long range.

Kyrie then finished the series with a 20-point game that looked decent on paper but was far from convincing to the eye. He was strangely passive on the offensive end for much of the series, including Game 4 when the season was on the line and the prospect of a sweep loomed large.

Instead of rising to the occasion, Irving was listless once again. Defensively, he didn’t completely mail it in, but there were still far too many possessions where he was either ineffective or a major liability.

Kyrie is clearly blessed with incredible scoring ability and dazzling handles, but his postseason failures are becoming harder and harder to ignore.