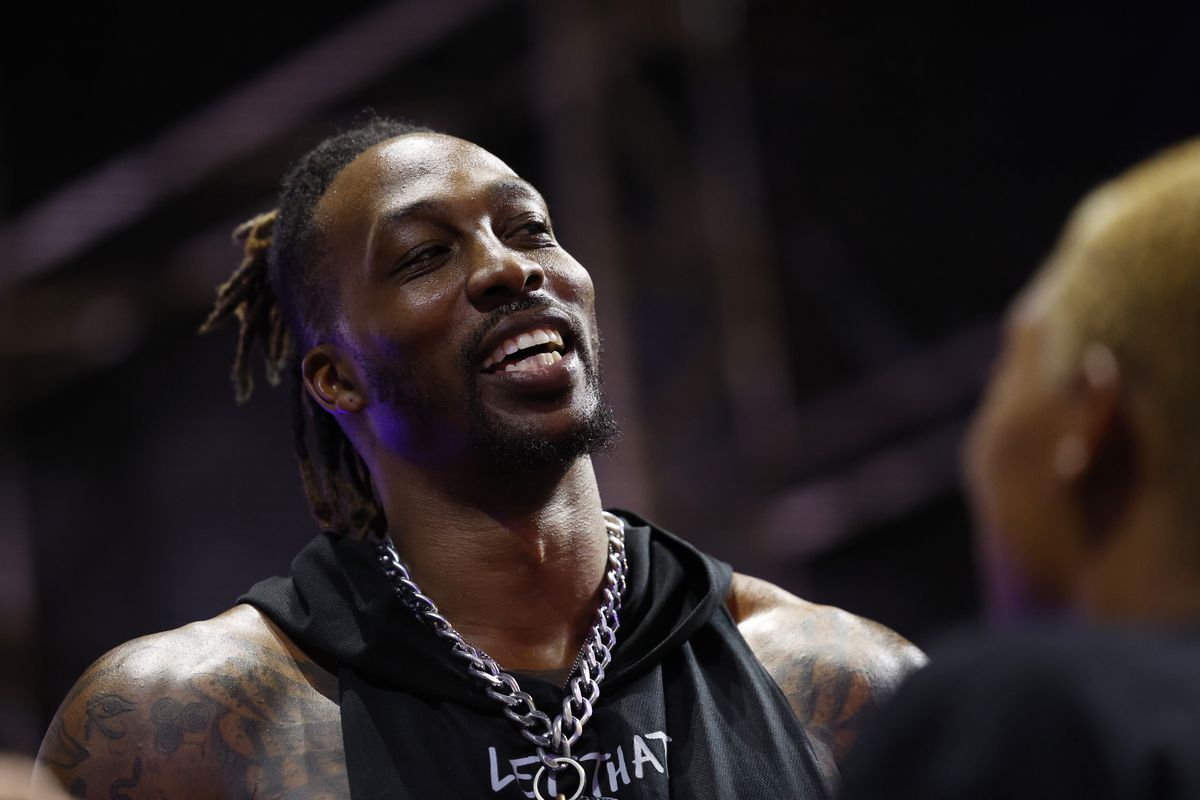 It has been a week since the NBA world was shocked by the unbelievable footage of Draymond Green sucker-punching  Jordan Poole at a Warriors practice. Despite Draymond only receiving a fine as punishment for the incident, everyone has been speculating on the details surrounding what happened to try and understand what exactly transpired.

The lingering question on everyone (including the Warriors’) mind, is who leaked the video to TMZ..and why? The leading theory is that a Warriors intern stood to make 3x their annual salary for the footage but no one knows with certainty.

Dwight Howard joined Jake Paul this week on the BS w/ Jake Paul podcast and shared his take on the footage of Draymond Green sucker-punching Jordan Poole. Dwight said ‘it was like, damn, now everybody knows what’s going on in the house’ and added ‘I don’t think that part is cool that it got out there… whoever leaked it, that’s really messed up.’

Jake Paul chimed in with ‘isn’t there like some sort of intern that films every practice so that they can watch it back? It was definitely the intern, right?’ Dwight Howard agreed saying ‘yeah, that’s true. But a lot of times you might not know who that intern is. I think they paid the intern a lot of money to get the video tape.’

Dwight said he heard the video was sold for more than the originally speculated $50k price tag. A former TMZ employee estimated they would’ve paid somewhere between $50K-$100K for it and ‘upwards of $150K’ based on how the company has operated in the past.

Howard made the point that it would be wild for someone to give up their job in the NBA with the Golden State Warriors, the reigning champs and one of the most valuable NBA organisations in the league, for only $50,000 when it’s likely the person’s compensation is higher than that given average salaries in the Bay Area.

The Warriors are reportedly investigating the leak, so that intern would have to hope the $150,000 price tag was worth it.