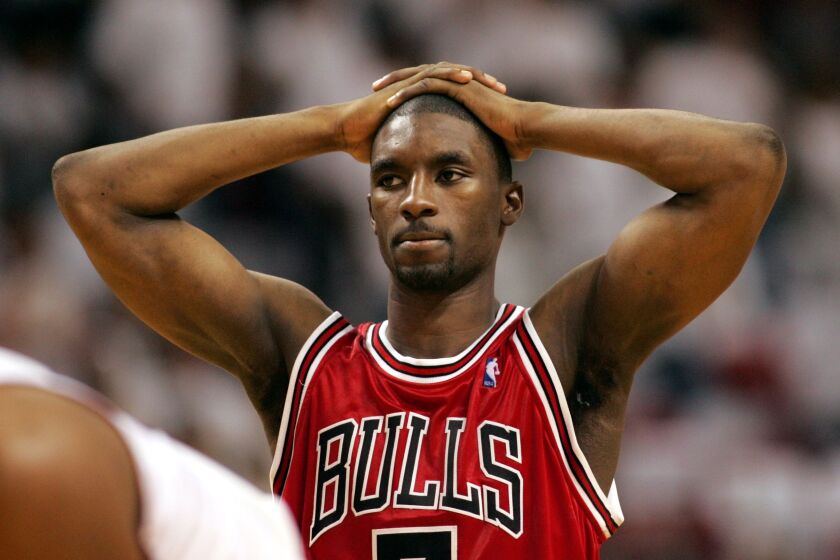 More details are emerging on the arrest of former NBA player Ben Gordon for striking his son at La Guardia International Airport.

Gordon, 39, was charged with assault and resisting arrest, according to the New York Post, and witnesses said they saw Gordon allegedly hit his son with a “closed fist, striking [the] victim in the face,” according to the complaint.

The child had a protection order against Gordon at the time.

Gordon was waiting on a flight to Chicago when Port Authority law enforcement detained him.

Two officers were injured during the arrest, according to TMZ Sports.

After the incident, his son’s aunt took the child to Long Island Jewish Children’s Hospital for evaluation.

Gordon has a history of arrests.

The Mount Vernon native and former UConn player was the third pick of the 2004 NBA Draft by the Chicago Bulls.

He played five seasons in Chicago before joining the Detroit Pistons.

Gordon also played for the Orlando Magic and Charlotte Bobcats during his 11 seasons in the league.