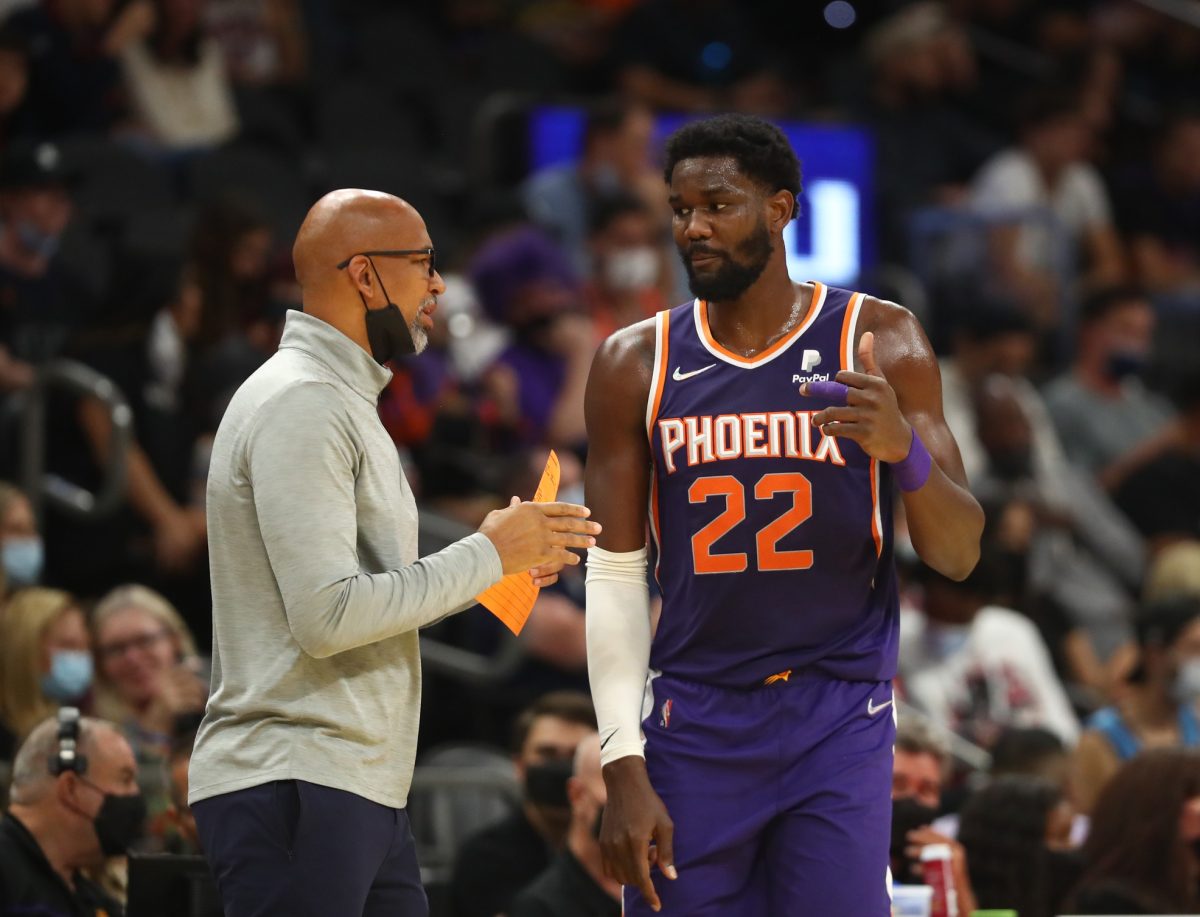 The feud between Suns center Deandre Ayton and head coach Monty Williams seems to be buried.

Ayton insisted that their relationship was just fine on Monday, a few weeks after he said he hadn’t spoken with the Phoenix Suns head coach since their incident during a season-ending playoff loss to the Dallas Mavericks in May.

“Yeah, most def. I mean, we talk, man,” Ayton told the Arizona Republic. “At the end of the day, it’s like we’re trying to contribute to a win. Everything is back to normal. Nothing has changed, to be honest. Yeah, I may have come to media day just bland, but I wasn’t trying to give nobody no damn story or nothing, but it flipped on me. So, I can’t really say nothing. Just let everybody run away with it. All I know is we’ve been in here working. We’ve been battling each other, beating up each other in training camp. Coach has been loving it.”

Ayton and Williams were reportedly feuding during their second-round playoff series with the Mavericks last season, and Ayton played just 17 minutes in their blowout loss in Game 7.

Williams didn’t explain why after that game, saying only it was because of an “internal” matter.

Then, at the team’s media day last month, Ayton said he hadn’t spoken to Williams all summer.

Williams shut down that topic when asked about it, which added fuel to the fire.

Ayton, the former No. 1 overall draft pick, averaged 17.2 points and 10.2 rebounds per game last season, his fourth in the league.

The Suns will open their season against the Mavericks on Oct. 19.

Ayton returned to the Suns this past offseason after they matched a four-year, $133 million offer from the Indiana Pacers.

The Suns initially declined to extend his rookie extension before the deadline, which reportedly led to Ayton not feeling “valued” by the franchise.

While contentious at times, Ayton and Williams appear to be in a good place.

With the season almost a week away, it couldn’t have happened at a better time for Deandre Ayton and the Phoenix Suns.