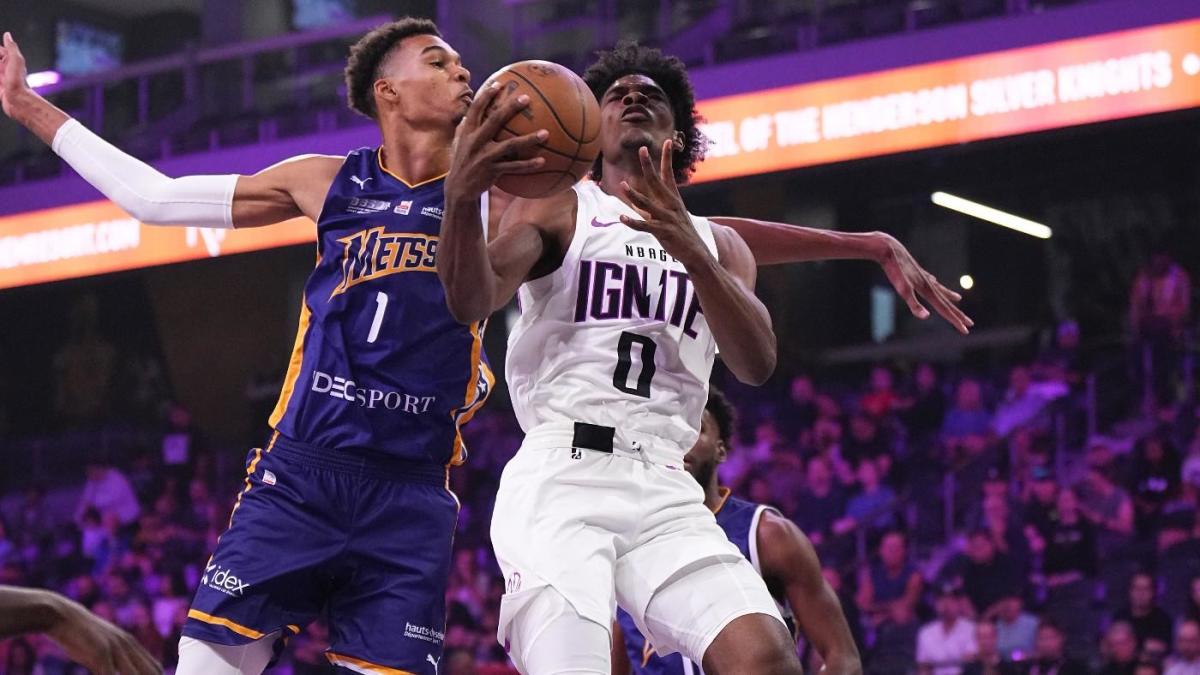 The presumptive top-two picks in the 2023 NBA Draft – Victor Wembanyama and Scoot Henderson – showcased their talent in an exhibition game on Tuesday night, representing the Metropolitans 92 team and the G League Ignite respectively.

“He [Wembanyama] was amazing,” Metropolitans 92 coach Vincent Collet said after the game, via ESPN.

“What he can do with his size, his agility, mobility, not only his ability to shoot the 3, moving very well. He even made a couple of very good passes. I think he [had] a real good game but he also will learn from the first half. He has to fight more because he knows to expect that kind of aggressive defense.”

Victor Wembanyama is a one-of-a-kind hooper!

Henderson wowed scouts too, scoring 28 points to go along with five rebounds and nine assists.

The G League Ignite pulled out the win 122-115; but the Metropolitans 92 will have a chance to even the score on Thursday in a much-anticipated rematch.