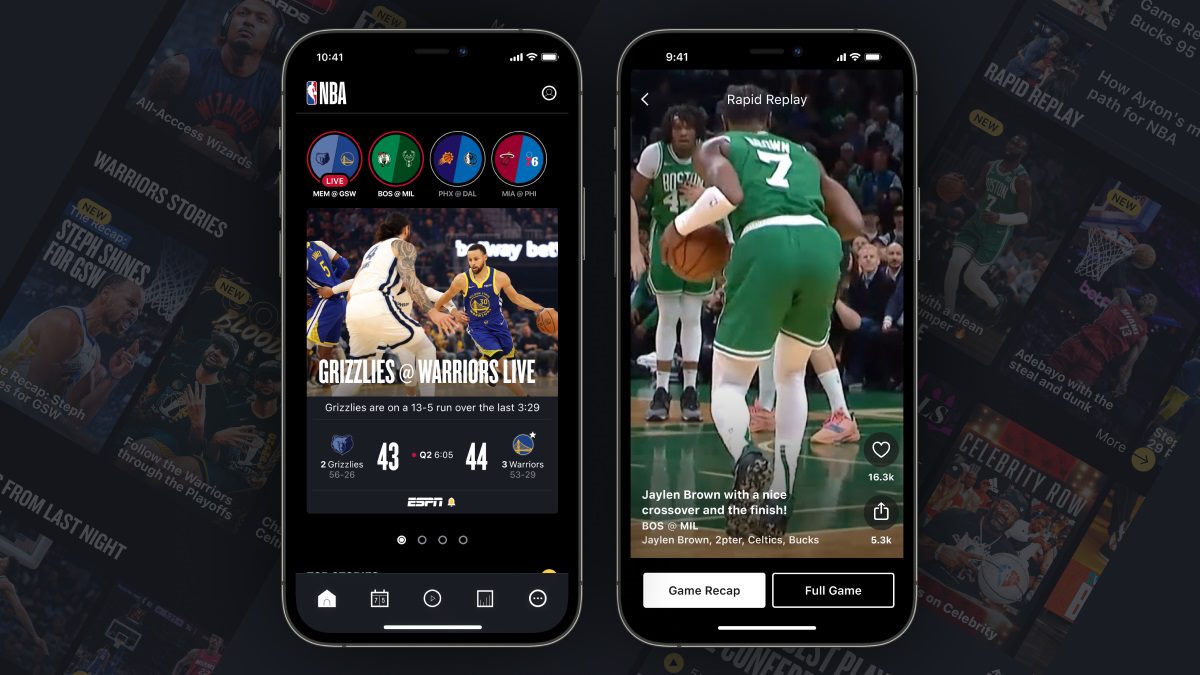 The NBA has launched an updated version of its official App, with new content and a redesigned user interface.

“Launching our new NBA App and digital platform is a major milestone as we continue to build and strengthen our direct-to-consumer offerings,” said Chris Benyarko, NBA Executive Vice President, Direct-to-Consumer, via NBA.com.

“We are thrilled to deliver a reimagined product that will enhance and personalize the way NBA fans engage with the league on a daily basis.”

The App is set to offer original programming, from a docuseries on the 2022 NBA Champion Golden State Warriors, to social-styled content.

The NBA is set to run a series of international games during the 2022-23 pre-season; which will be featured on the App.

The NBA App was certainly in need of an update; hopefully this goes a long way to improving the user experience for fans.